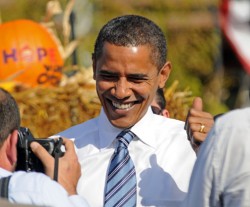 Well, isn’t that convenient?  The Obama campaign desperately needed the last employment report to be released before the election to show that the unemployment rate had fallen below 8 percent, and somehow it magically happened.  Even though non-farm payroll employment only increased by 114,000 last month (not enough to even keep up with population growth), the official unemployment rate fell from 8.1 percent to 7.8 percent.  So how did that happen?  Well, the unemployment number is not based on the survey of employers that showed that 114,000 jobs were added to the economy last month.  Rather it is based on a survey of households.  And that survey showed that the total number of Americans employed last month increased by a whopping 873,000 – almost eight times the number that the employer survey showed.  That figure for September (873,000) was the biggest one month increase in 29 years.  And it just happened to come at the exact perfect time for Barack Obama.  So was there a jobs report conspiracy?  Examine the evidence and decide for yourself.

But somehow in September it miraculously exploded in the other direction and 873,000 jobs were added to the economy?

If you believe that, I have a bridge that I want to sell you.

Somehow, the largest increase in jobs in 29 years happened just when Barack Obama needed it the most.

Nah, that doesn’t sound fishy to me at all.

We are being told that a big reason for the huge increase was the number of Americans working part-time for “economic reasons”.  That number surged from 8.0 million in August to 8.6 million in September.

Why the sudden jump?

Nobody can really explain it.

And if you look at the U6 unemployment rate, nothing has really changed at all.  U6 is still at 14.7 percent just like it was last month.

But the media is not going to talk about the U6 rate.  Instead, all of the headlines are going to be about “7.8 percent”.

So according to the survey of employers, the employment situation in the United States is getting worse.

But according to the household survey, we just had the greatest month of job creation since the first term of Ronald Reagan.

Something does not add up.

And as I have written about previously, the unemployment rate would actually be up around 11 percent instead of 7.8 percent if not for the millions of workers that the government claims “dropped out of the labor force” over the past few years because they became too discouraged to look for work.

So unemployment in America is still a massive crisis, but the media is boldly proclaiming that things are getting better and that we are on the road to recovery.

Of course Obama looks like the cat who ate the canary today.  He is just thrilled with the “7.8 percent” number.

But the truth is that according to the employer survey, job growth in the United States is actually slower than last year.  The following is from the Calculated Risk blog….

All that said, the economy has only added 1.3 million payroll jobs over the first nine months of the year. At this pace, the economy would only add around 1.8 million private sector jobs in 2012; less than the 2.1 million added in 2011.

Are you starting to see why people are so skeptical of this jobs report?

When the “7.8 percent” figure was released, there was immediately a wave of shock and unbelief throughout the financial world and all over the Internet.

The following is a sampling of skeptical quotes about this jobs report….

I feel like I’m watching a movie. There is no way in the world these numbers are accurate.

“Weird that payrolls are exactly on forecast but household survey is far better.”

While it is highly improbable that BLS conspired to cook the books, there is still a huge 756,000 job gap between the number of jobs employers told the Labor Department they created in September (114k), and the number of Americans who told the labor department that they got new jobs (873k).

I agree with former GE CEO Jack Welch, Chicago style politics is at work here. Somehow by manipulation of data we are all of a sudden below 8 percent unemployment, a month from the Presidential election. This is Orwellian to say the least and representative of Saul Alinsky tactics from the book “Rules for Radicals”- a must read for all who want to know how the left strategize . Trust the Obama administration? Sure, and the spontaneous reaction to a video caused the death of our Ambassador……and pigs fly.

That the 7.8 percent jobless rate takes it to the level that prevailed when the President took office in January 2009 has raised many an eyebrow. I don’t believe in conspiracy theories. But I don’t believe in the Household Survey either.

This notoriously volatile indicator has become even more so in recent months. It showed a 195K slide in July and a 119K decline in August, to only then reveal a massive 873K surge in September.

“Either the Federal Reserve, which has its fingers on the pulse of every element of the economy, and the Bureau of Labor Statistics manufacturing survey report are grievously wrong or the number used to calculate the unemployment rate are wrong, or worse manipulated. Given that these numbers conveniently meet Obama’s campaign promises one month before the election, the conclusions are obvious.”

“I told you they’d get it under 8 percent — they did! You can let America decide how they got there!”

Of course the backlash in the media against skepticism of the jobs report has been very forceful.

Already, those that are doubtful of the legitimacy of the jobs report are being called “truthers” – as if there is something wrong with wanting to know the truth.

Sadly, that is how things work these days.  If you don’t like the viewpoint that some people are expressing, you just label them “conspiracy theorists”.

And when someone is labeled a “conspiracy theorist”, that is code for “that person is so crazy that you should not listen to anything they say”.

But the truth is that we live in a world where often people do things that they are not supposed to be doing.

When something rather strange happens, it is not wrong to investigate and try to figure out what is going on.

It sure does seem rather strange that the household survey is showing almost 8 times as many jobs created as the employer survey does.

It sure does seem rather strange that 873,000 more Americans were working in September (the largest increase in 29 years) after decreases in both July and August.

It sure does seem rather strange that the unemployment rate dropped under 8 percent at the exact moment when Barack Obama needed it the most.

But perhaps all of this is just a coincidence. 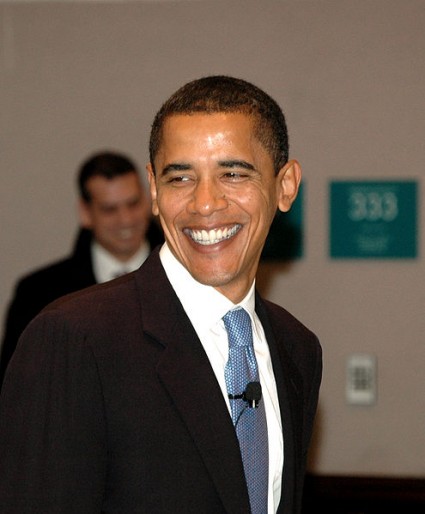