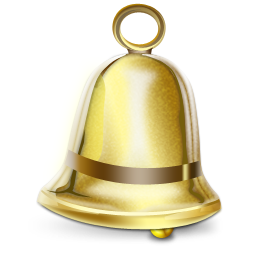 What would you do if you logged in to your bank account someday and it showed that you had a zero balance and your bank had no record that you ever had any money in your account?  What would you do if all of the money in your bank account suddenly disappeared in a single moment?  If you had not kept any paper records, which most Americans do not, it would be exceedingly difficult to prove to the bank that you actually had any money in the bank.  If you don’t think that something like this could ever happen in the United States, you might want to think again.  Cyber attacks against major banks in the United States are becoming more powerful and more sophisticated with each passing month.  In fact, major U.S. bank websites have been offline for a total of 249 hours over the past six weeks.  And just last month, thousands upon thousands of Chase customers logged into their bank accounts only to discover that their balances had all been reset to zero.  Anyone that would want to cause complete and total economic chaos in the United States could accomplish it very easily by wiping out all of our bank account records.  So please do not keep all of your money in a single bank, and from now on please keep a paper copy of all of your bank account statements.  At some point it is likely that one of these cyber attacks will cause permanent damage to our banking system, and you want to be protected.

The mainstream media has generally been very quiet about the massive cyber attacks against our major banks, but behind the scenes authorities are truly alarmed.  They don’t know how to stop these attacks, and they just keep getting more intense and more sophisticated.

Could you imagine how you would feel if you logged in to your bank account and all of your money was gone?  That is exactly what happened to some Chase customers last month.  The following is from a recent CNET article…

JP Morgan Chase denied this evening that it had suffered a hack that many customers claimed had suddenly reduced their checking account balances to zero.

After discovering the apparently empty accounts via the Internet or mobile devices, many Chase banking customers turned to Twitter to express their frustration and show screen shots of zero balances. Other users were greeted with messages that their bank account balances were unavailable.

But this was most definitely not an isolated incident.  That same article noted that Chase and many of our other large banks have had their websites taken down for extended periods of time lately…

Customers’ suspicions about a possible security breach are natural, with the zero balances appearing less than a week after a massive distributed-denial-of-service attack rendered Chase’s Web sites useless for many hours. Customers trying to use the site’s tools were instead greeted with a note that the site was “temporarily down.”

Hackers have ratcheted up their assaults on financial institutions in recent months, using DDoS attacks to take down Wells Fargo, Bank of America, Chase, Citigroup, HSBC, and others.

In fact, as I mentioned above, major U.S. bank websites have been offline for an astounding 249 hours over the last six weeks alone.  The attacks just keep getting larger and bank officials are becoming very alarmed about the power of these cyber attacks.  The following is from an article that was posted on CNBC this week…

Major U.S. bank websites have been offline a total of 249 hours in the past six weeks, perhaps the clearest indication yet that American companies are prime targets in an unrelenting, global cyber conflict.

The heavier-than-usual outages are the result of a remarkable, sustained attack that began seven months ago and repeatedly knocks banks offline for hours at a time, frustrating consumers and bank security professionals alike.

“Literally, these banks are just in war rooms, sitting at controls trying to stop (the attacks),” said Avivah Litan, a bank security analyst with Gartner Group, a consulting firm. “The frightening thing is (the attackers) are not using as much resources as they have on call. The attacks could be bigger.”

So who is behind these attacks?

Some are blaming Chinese hackers, others believe that Iran is behind the attacks, and yet others are convinced that it is the work of Islamic terrorists.

It is kind of frightening that they cannot positively identify who is behind these attacks.  Whoever it is, they sure do seem to have a tremendous amount of resources and they are very sophisticated.

And in the future, it may not be hackers on the other side of the globe that are attacking our banks.  In fact, if someone wanted to “recapitalize the banks”, all they would have to do is wipe out all of our bank account records (including all backup records).  Suddenly trillions of dollars of “unsecured liabilities” (that is what our bank accounts are) would be wiped out and the banks would suddenly be solvent again.  Anyone that could not produce evidence that they actually had money in the banks would be in a lot of trouble.  It would be the largest single wealth transfer in the history of the world, and it would throw the U.S. economy into utter chaos.  This is a scenario that I am exploring in my new novel which will be coming out later this month.

In addition, there is the constant threat that a massive EMP burst could fry all of our electronics (including the banking records), but that is a topic that I have covered in a previous article.

And of course another way that your bank account could be wiped out in a single moment is if the government decides to “legally” steal it.  We just witnessed this happen in Cyprus.  In February, the Central Bank of Cyprus swore that such a thing could never possibly happen, but then one month later it did happen.  The politicians will lie to your face until the very day comes when they steal your money.

Sadly, a very similar thing could easily happen in the United States someday.  As I wrote about yesterday, the big banks are making incredibly reckless bets with our money.  When those bets go bad, our money could very well be used to cover those bets.

One way this could be accomplished is by using a practice known as “rehypothecation”.  It sounds complicated, but it really isn’t.  Basically, the banks use money that clients have entrusted to them to cover their own gambling debts.  This is how rehypothecaton is defined by Investopedia…

“The practice by banks and brokers of using, for their own purposes, assets that have been posted as collateral by their clients.”

1) Our banking regulators knowingly allow financial institutions to engage in recklessly misleading (if not outright fraudulent) contracts with their clients, through the use of complex “small print” in their account contracts with clients.

2) The three largest U.S. “banks” by deposit (JP Morgan, Bank of America, Citigroup) have made bets in their own rigged casino, which total well in excess of $100 trillion, an amount which completely dwarfs their total, combined deposits (and assets).

3) A large portion of those bets occur in the $60+ trillion credit default swap market. Pay-outs in these markets can (and do) exceed 300 times the amount of the original bet. It is bets in this market which “blew up” AIG, requiring more than $150 billion in immediate government aid.

4) Following the Crash of ’08; these same banks mooched a package of hand-outs, tax-breaks and “guarantees” (i.e. future hand-outs) from the Bush regime in excess of $15 trillion, the last time their gambling debts went bad on them – and all of these banks have been allowed to dramatically increase the total amount of their gambling since then.

5) It would take only a minor change in the gambling contracts in which these bankers engage to allow their creditors to seize funds out of ordinary bank accounts.

6) The existing language for the bank accounts of these U.S. banks is possibly already so vague (and prejudicial to clients) that it would allow these banks to reinterpret the terms of these bank accounts – and allow rehypothecation to be used to rob the holders of ordinary bank accounts, people who themselves make no “bets” in markets whatsoever. Alternately, customers could be blitzed with an offer for “new and improved” bank accounts, where terms allowing rehypothecation are slipped into the contract, with the  banks knowing that the “regulators” will do nothing to warn account-holders of the gigantic risk they are taking.

But we are all covered by deposit insurance, right?

That is what the people of Cyprus thought too.

As we just saw in Cyprus, when there is a “banking crisis” sometimes government steps in and suddenly changes all of the rules overnight even though the vast majority of the population is against it.

Hopefully you can see that no bank account will ever truly be “safe” ever again.

And the general public is definitely starting to lose faith in the banking system.  Google searches for the term “bank run” have been absolutely spiking recently.  Just check out this chart which shows that searches for “bank run” are now the highest that they have ever been.

So what should we all do to protect ourselves?

As I mentioned earlier, it is important to not have all of your money in one bank, and from now on you will want to permanently keep paper copies of all of your bank account statements.

Someday you may need those statements in order to prove that you actually had money in the bank.

Our world is becoming increasingly unstable, and at some point financial disaster is going to strike.

By taking prudent precautions now, hopefully you will be able to minimize the damage to your family. 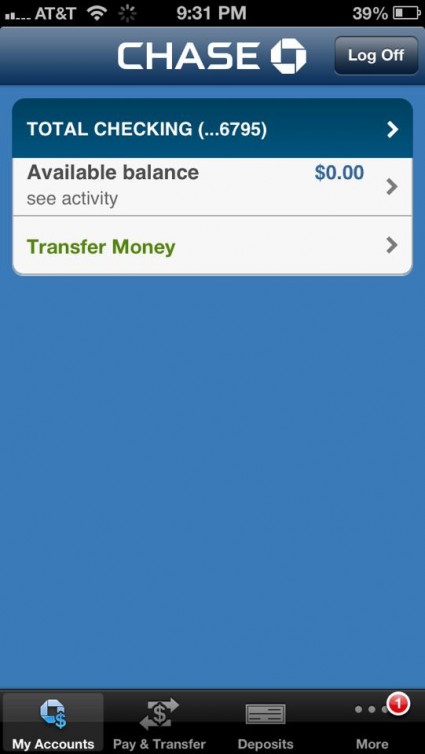