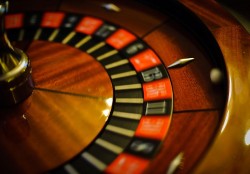 When news broke of a 2 billion dollar trading loss by JP Morgan, much of the financial world was absolutely stunned.  But the truth is that this is just the beginning.  This is just a very small preview of what is going to happen when we see the collapse of the worldwide derivatives market.  When most Americans think of Wall Street, they think of a bunch of stuffy bankers trading stocks and bonds.  But over the past couple of decades it has evolved into much more than that.  Today, Wall Street is the biggest casino in the entire world.  When the “too big to fail” banks make good bets, they can make a lot of money.  When they make bad bets, they can lose a lot of money, and that is exactly what just happened to JP Morgan.  Their Chief Investment Office made a series of trades which turned out horribly, and it resulted in a loss of over 2 billion dollars over the past 40 days.  But 2 billion dollars is small potatoes compared to the vast size of the global derivatives market.  It has been estimated that the the notional value of all the derivatives in the world is somewhere between 600 trillion dollars and 1.5 quadrillion dollars.  Nobody really knows the real amount, but when this derivatives bubble finally bursts there is not going to be nearly enough money on the entire planet to fix things.

Sadly, a lot of mainstream news reports are not even using the word “derivatives” when they discuss what just happened at JP Morgan.  This morning I listened carefully as one reporter described the 2 billion dollar loss as simply a “bad bet”.

And perhaps that is easier for the American people to understand.  JP Morgan made a series of really bad bets and during a conference call last night CEO Jamie Dimon admitted that the strategy was “flawed, complex, poorly reviewed, poorly executed and poorly monitored”.

The funny thing is that JP Morgan is considered to be much more “risk averse” than most other major Wall Street financial institutions are.

So if this kind of stuff is happening at JP Morgan, then what in the world is going on at some of these other places?

For those interested in the technical details of the 2 billion dollar loss, an article posted on CNBC described exactly how this loss happened….

The failed hedge likely involved a bet on the flattening of a credit derivative curve, part of the CDX family of investment grade credit indices, said two sources with knowledge of the industry, but not directly involved in the matter. JPMorgan was then caught by sharp moves at the long end of the bet, they said. The CDX index gives traders exposure to credit risk across a range of assets, and gets its value from a basket of individual credit derivatives.

In essence, JP Morgan made a series of bets which turned out very, very badly.  This loss was so huge that it even caused members of Congress to take note.  The following is from a statement that U.S. Senator Carl Levin issued a few hours after this news first broke….

“The enormous loss JPMorgan announced today is just the latest evidence that what banks call ‘hedges’ are often risky bets that so-called ‘too big to fail’ banks have no business making.”

Unfortunately, the losses from this trade may not be over yet.  In fact, if things go very, very badly the losses could end up being much larger as a recent Zero Hedge article detailed….

And yes, the SEC has announced an “investigation” into this 2 billion dollar loss.  But we all know that the SEC is basically useless.  In recent years SEC employees have become known more for watching pornography in their Washington D.C. offices than for regulating Wall Street.

But what has become abundantly clear is that Wall Street is completely incapable of policing itself.  This point was underscored in a recent commentary by Henry Blodget of Business Insider….

Wall Street can’t be trusted to manage—or even correctly assess—its own risks.

This is in part because, time and again, Wall Street has demonstrated that it doesn’t even KNOW what risks it is taking.

In short, Wall Street bankers are just a bunch of kids playing with dynamite.

There are two reasons for this, neither of which boil down to “stupidity.”

The second reason is particularly insidious. The worst thing that can happen to a trader who blows a huge bet and demolishes his firm—literally the worst thing—is that he will get fired. Then he will immediately go get a job at a hedge fund and make more than he was making before he blew up the firm.

We never learned one of the basic lessons that we should have learned from the financial crisis of 2008.

Wall Street bankers take huge risks because the risk/reward ratio is all messed up.

If the bankers make huge bets and they win, then they win big.

If the bankers make huge bets and they lose, then the federal government uses taxpayer money to clean up the mess.

Under those kind of conditions, why not bet the farm?

Sadly, most Americans do not even know what derivatives are.

Most Americans have no idea that we are rapidly approaching a horrific derivatives crisis that is going to make 2008 look like a Sunday picnic.

According to the Comptroller of the Currency, the “too big to fail” banks have exposure to derivatives that is absolutely mind blowing.  Just check out the following numbers from an official U.S. government report….

So a 2 billion dollar loss for JP Morgan is nothing compared to their total exposure of over 70 trillion dollars.

Overall, the 9 largest U.S. banks have a total of more than 200 trillion dollars of exposure to derivatives.  That is approximately 3 times the size of the entire global economy.

It is hard for the average person on the street to begin to comprehend how immense this derivatives bubble is.

So let’s not make too much out of this 2 billion dollar loss by JP Morgan.

This is just chicken feed.

This is just a preview of coming attractions.

Soon enough the real problems with derivatives will begin, and when that happens it will shake the entire global financial system to the core. 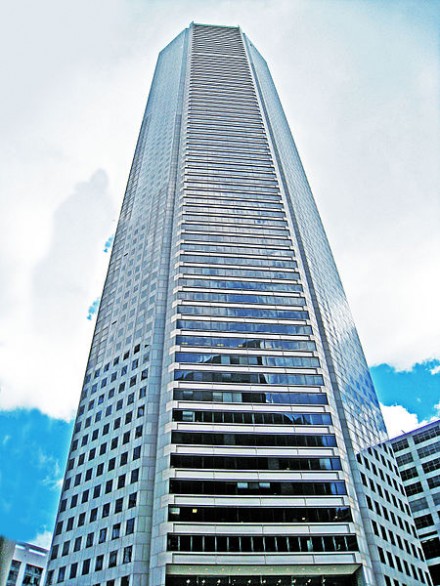