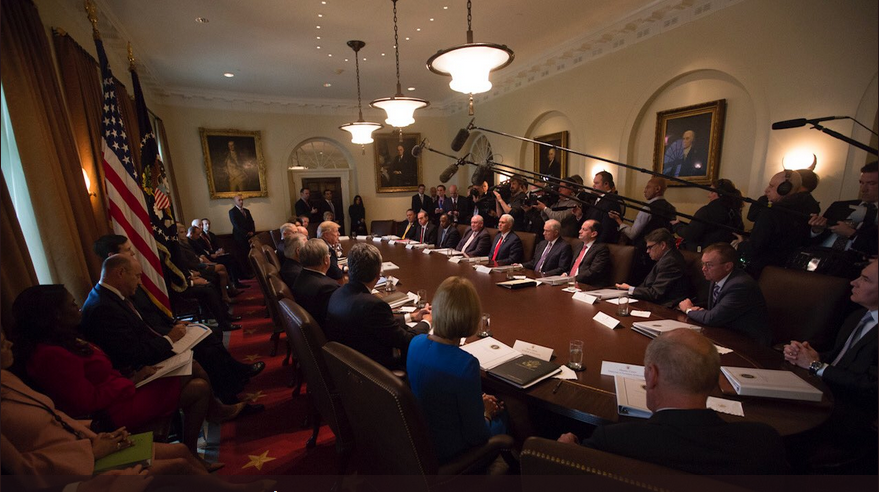 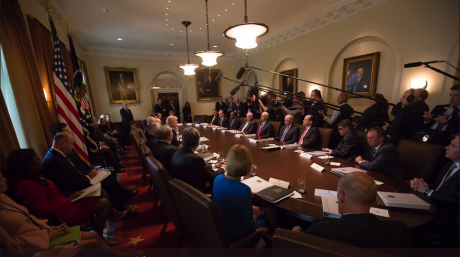 One year ago we witnessed the greatest miracle in political history, and since that time we have also witnessed one of the greatest miracles in financial history.  On November 8th, 2016 the Dow closed at 18,332.74. On Wednesday, it closed at 23,563.36.  U.S. stocks have increased in value by about 5.4 trillion dollars since Donald Trump was elected, and I don’t think that we have seen anything quite like this ever before.  So does Donald Trump deserve the credit for this unprecedented stock market run?  Many experts are at least giving him part of the credit…

Greg Valliere, chief global strategist at Horizon Investments, says outgoing Federal Reserve chair Janet Yellen deserves “much of the credit” because the Fed’s policy of low interest rates has helped maintain a good economy and “favors stocks over other investments.”

But Trump, he adds, “gets some credit for establishing a pro-business climate in Washington.” Trump also gets kudos for rolling back business regulations and pushing for a big tax cut for U.S. corporations, which investors say will boost corporate profitability.

Without a doubt, a Trump victory was a good thing for the financial markets, but politicians need to be careful not to take too much credit for soaring stock prices.

Because if they take credit when stocks go up, then they also have to be willing to take the blame when they go down.

The primary reason why stock prices have gone up so much over the past several years is due to unprecedented intervention by global central banks.  They have literally pumped trillions of dollars that they have created out of thin air into the financial markets, and of course that was going to drive up asset prices.

But now global central banks are reversing course in unison, and we will see if financial markets around the world can maintain these dizzying levels without artificial support.

Because the truth is that whenever price/earnings ratios have ever gotten this high throughout history, a horrifying stock market crash has always followed.  There is no way that stock prices can stay at these levels without central bank support, and the trillions of dollars in paper gains that we have seen up to now can potentially be wiped out very rapidly.

Just look at a company like Snapchat.  This is a company that is supposedly worth 15.4 billion dollars at the moment, and yet it is bleeding hundreds of millions of dollars a quarter.  The following numbers come from Wolf Richter…

Snap Inc., the parent company of Snapchat, reported late Tuesday that its revenues in the third quarter rose 62% from a year ago, to $208 million, while its net loss more than tripled to $443 million. How? It wasn’t easy, but here’s how they did it:

Total expenses of $670 million, against revenues of $208 million. That’s what I call a business model.

I want to be very clear about what I am going to say next.

Snapchat’s business model is terribly broken, and this is a company that is going to zero.

Ultimately, those that hold Snapchat stock to the very end will lose everything.  Instead of 15 billion dollars, this is a company that won’t be worth 15 cents.

Speaking of going to zero, Sears just announced that they are getting rid of up to 140 more stores.  We have already set an all-time record for retail store closings in 2018, and the “retail apocalypse” that we are witnessing is only going to continue to accelerate.

But at least the stock market continues to set new record highs, right?

Don’t be fooled by the headlines.  The artificial stock market bubble is living on borrowed time, and meanwhile the “real economy” continues to struggle.

Let me say that again.

The Federal Reserve and other global central banks created this artificial bubble, and they will be to blame for the carnage that is caused when it bursts.

And as the next great financial crisis unfolds, my hope is that people will finally be sick enough of these “boom and bust cycles” that we will be able to get rid of the Federal Reserve for good.

We need people to understand that the design of our financial system is fundamentally flawed, because if we never treat the root cause of our problems we will always be chasing symptoms.

There is a better way, and my hope is that in the aftermath of the next crisis we can start to get there.