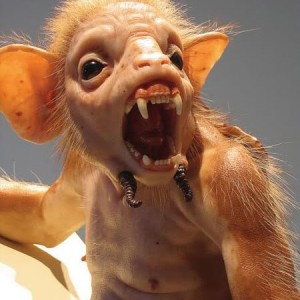 In recent years, scientists around the globe have made absolutely stunning advances in the field of genetic modification.  For decades, researchers have been decoding DNA and transplanting genes from one organism into another, but over the past decade things have been taken to a completely new level.  We now have “monster salmon” which grow three times as fast as normal salmon, corn that has been genetically modified to have a pesticide grow inside the corn kernel, cats that glow in the dark and goats that produce spider silk.  Those in favor of genetic engineering believe that such advances will help us feed billions more people, enable us to cure a vast array of diseases and will usher in a new age of unprecedented prosperity.  Those against genetic engineering warn that messing with nature could unleash health, environmental and economic nightmares beyond our wildest dreams.  So who is right?

Most Americans spend very little time thinking about genetic modification, but the truth is that this debate if of the utmost importance.  Some believe that improving upon nature is the number one key to a bright economic future, while others warn that messing with nature could not only destroy our economy but also literally destroy the earth.

But right now there are very, very few limits on what scientists can do when it comes to genetic modification, and many of them are running around like “kids is a candy store” modifying anything and everything that they can get their hands on.

The goal for many of these scientists is to produce plants and animals that are bigger, stronger, grow faster, produce more food and generally make life “better” for humanity.

Most people don’t realize it, but genetic engineering technology is everywhere now.  In fact, you have probably eaten some genetically modified food recently without even knowing it.

The population of the world is projected to hit 9 billion around the middle of this century, and scientists are hoping that further advances in genetic engineering will enable us to feed all those people.

So many researchers are “pushing the envelope” in an effort to create new creatures that can feed as many people as possible.  For example, one team of scientists recently created a genetically modified “monster salmon” which grows three times as fast as normal salmon.

That is impressive by any standard.

But are there dangers?

For example, a stunning new study that was recently published in the International Journal of Biological Sciences has conclusively demonstrated the extreme toxicity of three genetically modified corn varieties produced by Monsanto.

According to the study, each of the three strains of corn tested cause serious problems in the kidneys and the liver.

Perhaps that could help to explain the absolute explosion of kidney disease in the United States.

Not only that, but prison inmates in Illinois are becoming seriously ill from all of the genetically modified soy that they are constantly being fed.

In fact, there are entire websites devoted to documenting the dangers that genetically modified foods pose.

Despite the potential dangers, the U.S. government continues to promote genetically modified crops as the solution to the global food shortage problem.

For example, the U.S. Department of Agriculture is attempting to downplay the risks of genetically modified alfalfa, a crop previously banned by numerous federal courts.

The truth is that the U.S. government is being completely reckless in promoting these genetically modified crops before sufficient research can be performed on them.

You see, once these genetically modified crops get out into the environment they can never be contained.  You can’t put the genie back into the bottle.

A perfect example of this occurred in Europe recently.  A genetically modified variety of maize banned in the EU was accidentally sown all across Germany.  But now that it has gotten out there and started spreading there is no way that it can ever be fully eliminated.

The reality is that we are monkeying around with life itself, and that is a power that we simply do not fully understand.

But as frightening as the genetic modification of our food supply is, what scientists are now doing with animals is even more alarming.

Well, the Canadian government recently approved the introduction of extremely bizarre genetically modified pigs into the Canadian food supply.  These new mouse/pig cross-species hybrids have been nicknamed “enviropigs” and are being touted as being much better for the environment.  This new “breed” of Yorkshire pigs was created by scientists in Ontario at the University of Guelph, who spliced in genes from mice to decrease the amount of phosphorus produced in their poop.

It all sounds very noble.  After all, who wouldn’t want to do something good for the environment?

But will eating mouse/pig hybrids be good for us?

Millions of Canadians will soon be eating them, and it is anticipated that approval for these “enviropigs” will be sought in the United States as well.

And sometimes scientists genetically modify animals for no particular good reason at all.

For example, scientists have now created  a cat that actually glows in the dark.

So does such a “creation” have any legitimate purpose?

Well, perhaps it could serve as a “night light”, but other than that there is no good reason for abusing cats like that.

What in the world are our scientists thinking?

They are pretty much running around doing whatever they want these days.

In fact, creatures that are a lot more frightening than fluorescent cats have already been created.

Have you heard of “spider goats”?

A Canadian company named Nexia is actually producing goats that are genetically modified to be part spider.

The genetic modification causes these “spider goats” to produce spider silk protein in their milk that is collected, purified and spun into incredibly strong fibers.

These fibers are reportedly more durable than Kevlar, more flexible than nylon, and much stronger than steel.

Apparently these fibers have some very valuable industrial and military applications.

Perhaps you have never heard of these spider goats.

Perhaps you are skeptical.

The YouTube video posted below contains a television news report that discusses these “spider goats” and features scientists describing exactly how they create these spider goats and what they are doing with them….

Okay, so they are recklessly genetically modifying plants and animals, but they would never do that to humans, right?

So these pigs are actually part human.

Does the idea of a pig/human hybrid bother you?

Well, perhaps they are being grown in your backyard.  These pig/human hybrids are actually being produced in the state of Missouri.

So could these pig/human cross-species hybrids ever end up in our food supply?

You don’t think that they would ever do that to us?

Don’t be so certain.

The truth is that the FDA has already announced that the offspring of cloned animals could be in our food supply right now and that there is nothing that they can do about it.

Science is not just crossing new barriers – they are obliterating them.

Our world is rapidly changing, and new species, new lifeforms and even new diseases are being created at a staggering pace.

Once upon a time, only the most highly advanced scientists in the field of genetic engineering would dare do this type of work, but now even college students are transplanting genes and creating new lifeforms.  In fact, a lot of “synthetic biology” startup companies are “developing” new plants, new animals and even new microorganisms in garages and basements.

So what will the result of all this genetic chaos be?

Will devastating new diseases be unleashed upon the world?

Will creatures that are incredibly dangerous to humanity be created?

Will we destroy entire ecosystems?

Could all of this genetic engineering actually cause massive crop failures and bring about a major worldwide food crisis?

Will we soon have creatures that are part human/part animal running around all over the place?

The truth is that we have entered into unknown territory, and the consequences of our actions could end up being much more severe than we ever thought possible.

Do you think that genetic engineering will enable us to feed the starving masses, cure cancer and bring in an unprecedented era of economic prosperity?

Or do you think that genetic engineering will devastate our economy, our health and our environment?