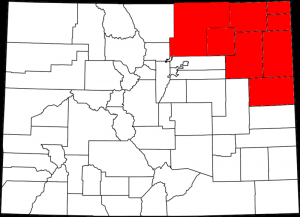 There are ten counties in northern Colorado that are discussing plans to secede from the state of Colorado in order to form a new state that would be known as “North Colorado”.  North Colorado would have a population of more than 300,000 people, and it would be the 42nd largest state in the country by land area.  The county officials that are leading this movement say that a “collective mass” of issues has resulted in this desire to leave the state of Colorado for good.  In recent years, the Democratically-controlled state legislature has been pursuing new regulations on the oil and gas industries, it has imposed strict new renewable energy standards throughout the state and it has adopted new gun control measures that are highly unpopular with rural voters.  The desire to be independent of the meddling bureaucrats in the state capital is certainly a commendable goal, but there are some obstacles that will make establishing a new state very difficult.  Hopefully the challenges will not cause those pursuing this new state to lose heart.

Recently, representatives from ten Colorado counties held a meeting in the town of Akron to map out the boundaries for the new state…

Organizers of the secession effort say their interests are not being represented at the state Capitol. Representatives from the 10 counties held a meeting on Monday in the town of Akron in Weld County to begin mapping the boundaries for the new state they say will represent the interests of rural Colorado.

Agriculture and the oil and gas industries would dominate this new state.  In fact, right now about 80 percent of the oil and gas revenue in the state of Colorado comes from the counties that are talking about seceding…

So the state of Colorado may not be very eager to see those counties leave.

A new state could make getting the water that those farmers need much more difficult.  The following comes from a Huffington Post article…

“A water right is the livelihood of many, many people in northeast Colorado … and if you put the security of that right at risk at all — as starting a brand new state might do — that could be enough to convince people they don’t want to go forward with this (new state),” said James Witwer, a water attorney in Denver, who represents various municipalities and agricultural water users in northeast Colorado. “It would be problematic and risky.”

Eight major U.S. rivers flow from Colorado’s mountains and into surrounding states and, because of that, Colorado has agreements in place with its neighbors — compacts that require certain amounts of water to flow across state lines.

Such an agreement would have to be made between Colorado and North Colorado.

There are also significant political issues that make a new state a long shot.

Even if the voters approve seceding from the state of Colorado, the new state must also be approved by the Colorado General Assembly and the U.S. Congress.

And getting approval from Congress seems extremely unlikely.

First of all, Democrats in Congress would be fundamentally opposed to this new state for the same reason that Republicans won’t let Washington D.C. become a state.  Democrats would not want to allow two new Republican senators from the state of North Colorado to shift the balance of power in the U.S. Senate.

So it is definitely a long shot that we will ever see the state of North Colorado become the 51st state in the Union.

But without a doubt there are a lot of people that are very passionate about the idea.  In fact, those organizing this movement say that a few more Colorado counties may join and that even a couple of counties in neighboring Kansas have expressed interest.

And organizers hope to have something on the ballot this November possibly.

It will be very interesting to watch and see what happens.  No new state has been created out of an old state since West Virginia seceded from Virginia in 1863.  And of course that was during the Civil War.

According to the New York Daily News, there have been lots of attempts to create new states out of old ones in U.S. history, but the vast majority of them have ended up failing…

This process has been successfully used in the past to create five new states — Vermont, Kentucky, Tennessee, Maine and West Virginia, according to the National Constitution Center.

But the road to statehood is mostly littered with failures. There have been more than seventy-five unsuccessful attempts at statehood, including the fantasy states of Forgottonia, Texlahoma, Nickajack, Absaroka, and Long Island.

The odds are definitely against North Colorado.

But they should be applauded for stepping up and taking action.  You will never accomplish anything if you just sit on your sofa eating chips and watching television all the time.

So what do you think about the possibility of a 51st state called North Colorado?  Please feel free to share what you think by posting a comment below… 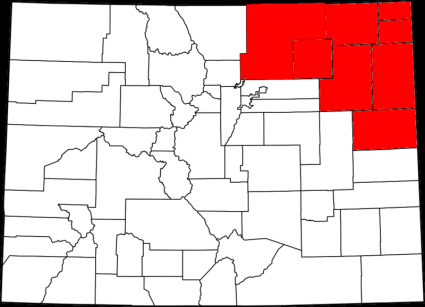