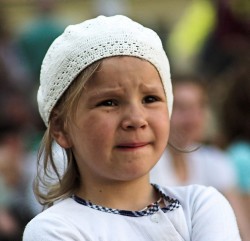 And all of this talk about “austerity” is kind of silly anyway.  It isn’t as if either France or Greece was going to have a balanced budget any time soon.  Both nations were still running up huge amounts of debt even under the “austerity” budgets.

But the citizens of both nations have sent a clear message that they are not going to tolerate even a slowdown in government spending.  They want to go back to the debt-fueled prosperity of the last several decades, even if it makes their long-term financial problems a lot worse.

Unfortunately, as I mentioned earlier, Greece does not have that option.  Without the bailout money that they are scheduled to get, Greece does not have a prayer of avoiding a disorderly default.  Private investors would have to be insane to lend Greece money if the bailout deal falls apart.  Greece desperately needs the help of the EU, the ECB and the IMF and the only way they are going to get it is if they abide by the terms of the agreements that have already been reached.

The only way that Greece can avoid austerity at this point would be to leave the euro.  Nobody would want to lend money to Greece under that scenario either, but Greece could choose to print huge amounts of their own national currency if they wanted to.

The situation is different in France.  Investors are still willing to lend to France at reasonable interest rates, but if France chooses to run up huge amounts of additional debt at some point they will end up just like Greece.

What is even more important in the short-term is the crumbling of the French/German alliance on European fiscal matters.  Angela Merkel and Nicolas Sarkozy were a united front, but now Merkel and Hollande are likely to have conflict after conflict.

Instead of moving in one clear direction, the eurozone is now fractured and tensions are rising.

Well, investors are not certain what comes next and that has many of them deeply concerned.

The following are 11 quotes that show how worried the financial world is about Europe right now….

#1 Tres Knippa of Kenai Capital Management: “What is going on in Europe is an absolute disaster…the risk-on trade is not the place to be. I want to be out of equities and very, very defensive because the situation in Europe just got worse after those elections.”

#3 Nick Stamenkovic, investment strategist at RIA Capital Markets in Edinburgh: “Investors are questioning whether Greece will be a part of the single currency at the end of this year.”

#4 Jörg Asmussen, a European Central Bank executive board member: “Greece needs to be aware that there is no alternative to the agreed reform program if it wants to remain a member of the eurozone”

#5 Tristan Cooper, sovereign debt analyst at Fidelity Worldwide Investment: “A Greek eurozone exit is on the cards although the probability and timing of such an event is uncertain.”

#6 Art Cashin: “Here’s the outlook on Greece from Wall Street watering holes. If a coalition government is formed or looks to be formed, global markets may rally. Any coalition is unlikely to make progress on goals, since austerity is political suicide. There will likely be another election around June 10/17. A workable majority/plurality remains unlikely, so back to square one. Therefore, Greece will be unable to attain goals by the deadline (June 30). Lacking aid funds, pensions are suspended and government workers are laid off. Protestors take to the streets and government is forced to revert to drachma to avoid social chaos. Pass the peanuts, please.”

#7 John Noonan, Senior Forex Analyst with Thomson Reuters in Sydney: “Sentiment is very bearish, The euro is under a lot of pressure right now. I get the feeling that it’s going to be a nasty move lower for the euro finally”

#8 Kenneth S. Rogoff, a professor of economics at Harvard: “A Greek exit would underscore that there’s no realistic long-term plan for Europe, and it would lead to a chaotic endgame for the rest of the euro zone.”

#9 Chris Tinker of Libra Investment Services: “It’s a binary decision. If Greece gets itself to the point where the European administration says, ‘We can’t play this game anymore,’ that starts a domino effect”

#10 Nicolas Véron, a senior fellow at Bruegel: “France has very limited fiscal space and actually has to engage in fiscal consolidation”

#11 80-year-old Greek citizen Panagiota Makri: “I’m confused. I feel numb and confused. Only God can save us now”

All of this comes at a time when much of Europe is already descending into a new recession.  Economies all over Europe are contracting and unemployment rates are skyrocketing.  Until things start improving, there is going to continue to be a lot of civil unrest across Europe.

Meanwhile, things are not so great in the United States either.

JPMorgan Chase CEO Jamie Dimon claims that the U.S. economy is holding a “royal straight flush“, but the only part of that he got right was the “flush” part.

Let us hope that we still have a little bit more time before the next great financial crisis strikes, but things in Europe are rapidly unraveling and at some point the dominoes are going to begin to fall. 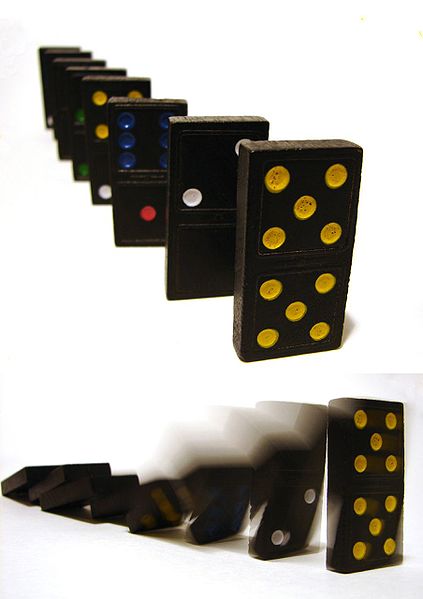