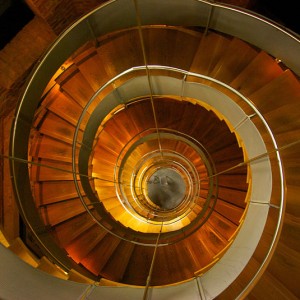 You can see it coming, can’t you?  The yield on 10 year U.S. Treasuries is skyrocketing, the S&P 500 has been down for 9 of the last 11 trading days and troubling economic news is pouring in from all over the planet.  The much anticipated “financial correction” is rapidly approaching, and investors are starting to race for the exits.  We have not seen so many financial trouble signs all come together at one time like this since just prior to the last major financial crisis.  It is almost as if a “perfect storm” is brewing, and a lot of the “smart money” has already gotten out of stocks and bonds.  Could it be possible that we are heading toward another nightmarish financial crisis?  Could we see a repeat of 2008 or potentially even something worse?  Of course a lot of people believe that we will never see another major financial crisis like we experienced in 2008 ever again.  A lot of people think that this type of “doom and gloom” talk is foolish.  It is those kinds of people that did not see the last financial crash coming and that are choosing not to prepare for the next one even though the warning signs are exceedingly clear.  Let us hope for the best, but let us also prepare for the worst, and right now things do not look good at all.  The following are 18 signs that global financial markets are entering a horrifying death spiral…

Investors have yanked nearly $20 billion from bond mutual funds and exchange traded funds so far in August. That’s the fourth highest pullback ever, according to TrimTabs data. In June, investors took out $69.1 billion — the highest on record.

#3 The sell-off of U.S. Treasuries is being led by foreigners.  In particular, China and Japan have been particularly aggressive in selling off bonds…

China and Japan led an exodus from U.S. Treasuries in June after the first signals the U.S. central bank was preparing to wind back its stimulus, with data showing they accounted for almost all of a record $40.8 billion of net foreign selling of Treasuries.

The sales were part of $66.9 billion of net sales by foreigners of long-term U.S. securities in June, a fifth straight month of outflows and the largest since August 2007, U.S. Treasury Department data showed on Thursday.

China, the largest foreign creditor, reduced its Treasury holdings to $1.2758 trillion, and Japan trimmed its holdings for a third straight month to $1.0834 trillion. Combined, they accounted for about $40 billion in net Treasury outflows.

#4 Thanks to rapidly rising bond yields, some of the largest exchange-traded bond funds are getting absolutely hammered right now…

• The $18 billion iShares iBoxx $ Investment Grade Corporate Bond fund (ticker: LQD) has fallen 7.94% since May 2, according to S&P Capital IQ. That’s including reinvested interest from the fund’s bond holdings.

• PowerShares Emerging Markets Sovereign Debt (PCY), which invests in government bonds issued in developing countries, has fallen 12.7%. The fund has $1.8 billion in assets.

#5 In recent weeks we have witnessed the largest cluster of Hindenburg Omens that we have seen since prior to the last financial crisis.

#6 George Soros has bet a tremendous amount of money that the S&P 500 is going to be heading down.

#8 Margin debt has spiked to extremely dangerous levels.  This is a pattern that we also saw just before the last financial crash and just before the dotcom bubble burst…

The exuberant mood comes as margin debt on Wall Street hovers near $377bn, just below its all-time high and well above peaks before the dotcom crash and the Lehman crisis.

“Investors have rarely been more levered than today,” said Deutsche Bank, warning that the spike in margin debt is a “red flag” and should be watched closely.

#9 The growth rate of new commercial bank loans and leases is now the slowest that it has been since the end of the last financial crisis.

#10 According to a shocking new report, Fannie Mae and Freddie Mac are masking “billions of dollars” in losses.  Will they need to be bailed out again just like they were during the last financial crisis?

#11 Wal-Mart reported very disappointing sales numbers for the second quarter.  Sales at stores open at least a year were down 0.3%.  This is a continuation of a trend that has been building for years.

#13 The velocity of money in the United States has hit another stunning new low.

After last week’s bloody crackdown by the Egyptian army, fears of a disruption of oil supplies to the West have boosted the oil price. Brent crude prices were propelled to a four-month high of $111.23 on Thursday. If the turmoil gets worse – or unrest spreads to other countries – the risk premium currently factored into the price of crude is likely to increase further.

#16 The Japanese national debt recently crossed the quadrillion yen mark, and many are expecting the Japanese financial system to start melting down at any time.

#17 In Indonesia, the stock market is “cratering“.

#18 In India, the yield on their 10 year government bonds has skyrocketed from 7.1 percent in May to 9.25 percent now.

As the coming months unfold, keep a close eye on the “too big to fail” banks both in Europe and in the United States.  When the next great financial crisis strikes, they will play a starring role once again.  They have been incredibly reckless, and as James Rickards told Greg Hunter during an interview the other day, we are in much worse shape to deal with a major banking crisis than we were back in 2008…

What’s going to cause the next crisis?  Rickards says, “The problem in 2008 was too-big-to-fail banks.  Well, those banks are now bigger.  Their derivative books are bigger.  In other words, everything that was wrong in 2008 is worse today.” Rickards goes on to warn, “The last time, in 2008 when the crisis started, the Fed’s balance sheet was $800 billion.  Today, the Fed’s balance sheet is $3.3 trillion and increasing at $1 trillion a year.”  Rickards contends, “You’re going to have a banking crisis worse than the last one because the banking system is bigger without the resources because the Fed is tapped out.”  As far as the Fed ending the money printing, Rickards predicts, “My view is they won’t.  The economy is fundamentally weak.  We have 50 million on food stamps, 24 million unemployed and 11 million on disability, and all these numbers are going up.”

We never even came close to recovering from the last financial crisis and the last recession.

Now the next major wave of the economic collapse is coming up quickly.

I hope that you are taking this time to prepare for the approaching storm, because it is going to be very painful.