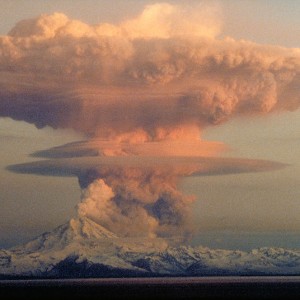 This is no time to be complacent.  Massive economic problems are erupting all over the globe, but most people seem to believe that everything is going to be just fine.  In fact, a whole bunch of recent polls and surveys show that the American people are starting to feel much better about how the U.S. economy is performing.  Unfortunately, the false prosperity that we are currently enjoying is not going to last much longer.  Just look at what is happening in Europe.  The eurozone is now in the midst of the longest recession that it has ever experienced.  Just look at what is happening over in Asia.  Economic growth in India is the lowest that it has been in a decade and the Japanese financial system is beginning to spin wildly out of control.  One of the only places on the entire planet where serious economic problems have not already erupted is in the United States, and that is only because we have “kicked the can down the road” by recklessly printing money and by borrowing money at an unprecedented rate.  Unfortunately, the “sugar high” produced by those foolish measures is starting to wear off.  We are going to experience a massive amount of economic pain along with the rest of the world – it is just a matter of time.

But for the moment, there are a lot of skeptics out there.

For the moment, there are a lot of people that are declaring that the problems of the past have been fixed and that we are heading for incredibly bright economic times ahead.

Unfortunately, those people appear to be purposely ignoring the economic horror that is breaking out all over the globe.

#1 The eurozone is now in the midst of its longest recession ever.  Economic activity in the eurozone has declined for six quarters in a row.

#2 Italy’s economy has now been contracting for seven quarters in a row.

#3 Industrial production in Italy has fallen for 15 months in a row.  It has now fallen to its lowest level in about 25 years.

#4 The number of people that are considered to be “seriously deprived” in Italy has doubled over the past two years.

“I’ve sent CVs everywhere, I come to the unemployment agency every day, for 3 or 4 hours to look for work as a truck driver and there’s never anything,” said 42-year old Djamel Sami, who has been unemployed for a year, leaving a job agency in Paris.

#7 Unemployment in the eurozone as a whole has just hit a brand new all-time record high of 12.2 percent.

#8 Youth unemployment continues to soar to unprecedented heights in Europe.  The following is from an article that was recently posted on the website of the Guardian that detailed how bad things are getting in some of the worst countries…

#9 Youth unemployment is being partially blamed for the worst rioting that Sweden has seen in many years.  The following is how the Daily Mail described the riots…

Sweden is reeling after a third night of rioting in largely run-down immigrant areas of the capital Stockholm.

In the last 48 hours violence has spread to at least ten suburbs with mobs of youths torching hundreds of cars and clashing with police.

It is Sweden’s worst disorder in years and has shocked the country and provoked a debate on how Sweden is coping with youth unemployment and an influx of immigrants.

#10 An astounding 10 percent of all banking deposits were pulled out of banks in Cyprus during the month of April alone.

#11 Economic growth in India is the slowest that it has been in an entire decade.

#12 Suddenly Australia is experiencing some tremendous economic challenges.  The following quotes are from a recent Zero Hedge article…

-“We’re seeing a much sharper contraction in the Australian economy than we’d anticipated four or five months ago”. Coffey MD, John Douglas. The engineering group has seen its shares, which traded above $4 in 2007, hit 10c last week.

-“By 10am, the Fitness First gym in the city is packed full of brokers who’ve had a gutful of sitting at their desk doing nothing – salary cuts are starting and next it will be jobs” Perth broker

-“Oh mate, the funding market is dead. You are now seeing a few deeply discounted rights issues for those that are reaching desperate levels ….. liquidity has completely disappeared” Perth broker

#13 The financial system in Japan is beginning to spin wildly out of control.  The Japanese stock market has now declined about 15 percent from the peak, and many believe that the yen will continue to get weaker and that interest rates in Japan will start to rise significantly.

#14 Global cash flow is declining at a rate not seen since the last recession.  This indicates that we could be headed for a global credit crunch.

When the Hindenburg Omen makes an appearance, it supposedly means that the U.S. stock market is likely to experience a serious decline within the next 40 days.

#17 As I wrote about the other day, the SentimenTrader Smart/Dumb Money Index is now the lowest that it has been in more than two years.  That means that lots of “smart money” has been getting out of the market and lots of “dumb money” has been pouring in.

#18 Margin debt on the New York Stock Exchange has set a new all-time high.  The following is from a recent Market Oracle article…

Margin debt—that’s the amount of money borrowed to purchase stocks—on the New York Stock Exchange (NYSE) reached its all-time high in April. Margin debt on the NYSE registered at $384.3 billion as the key stock indices hit new record-highs. (Source: New York Stock Exchange web site, last accessed May 29, 2013.) The highest margin debt ever reached prior to this was in July of 2007, when it stood just above $381.0 billion. At that time, just like today, the key stock indices were near their peaks and “buy now before it’s too late” was the prominent theme of the day

Whenever margin debt spikes like this, a stock market crash almost always follows.  If you doubt this, just check out the chart in this article.

Wall Street has had a good couple of years, but it has been a “false prosperity” that has been pumped up by reckless money printing by the Federal Reserve.  Just like all of the other stock market bubbles that we have seen in recent years, this one is going to burst too.  And as Marc Faber recently pointed out, this bubble has been particularly beneficial to the wealthy…

The Fed has been flooding the system with money. The problem is the money doesn’t flow into the system evenly. It doesn’t increase economic activity and asset prices in concert. Instead, it creates dangerous excesses in countries and asset classes. Money-printing fueled the colossal stock-market bubble of 1999-2000, when the Nasdaq more than doubled, becoming disconnected from economic reality. It fueled the housing bubble, which burst in 2008, and the commodities bubble. Now money is flowing into the high-end asset market – things like stocks, bonds, art, wine, jewelry, and luxury real estate.

Money-printing boosts the economy of the people closest to the money flow. But it doesn’t help the worker in Detroit, or the vast majority of the middle class. It leads to a widening wealth gap. The majority loses, and the minority wins.

The fact that the U.S. stock market has set new all-time record high after new all-time record high in recent months means very little.  At this point, the stock market has become completely divorced from economic reality.  When this current bubble bursts, the adjustment is going to be very painful.  Wall Street will likely whine and complain and ask for more bailouts, but they may find that authorities are not nearly as sympathetic this time.

Much of the rest of the world is already experiencing the next major wave of the economic collapse.  Reckless money printing by the Fed and reckless borrowing and spending by the federal government may have delayed the inevitable in the United States for a little while, but those measures have also made our long-term problems even worse.

“Don’t be afraid to let the drama play out.”

Will he take his own advice when the next great financial crisis strikes the United States?

Unfortunately, things are not going to be so easy to fix this next time.

What happened back in 2008 was just a preview.

What is coming next is going to absolutely shock the world.