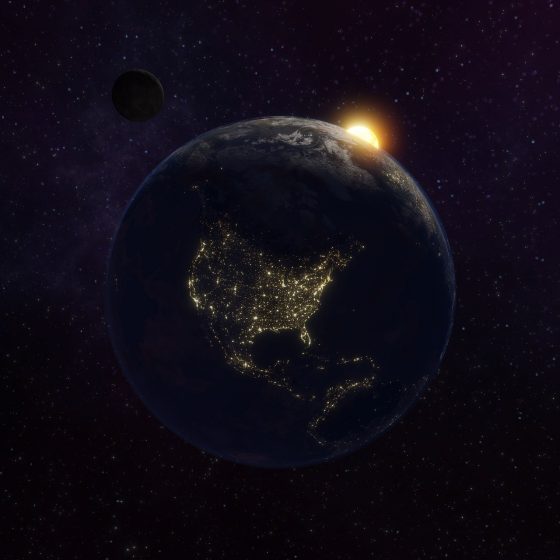 Things are far worse than you are being told.  Over the past few months, I have been carefully documenting facts that show that global food production is going to be way down in 2022.  Unfortunately, most people out there don’t seem to understand that the food that isn’t being grown in 2022 won’t be on our store shelves in 2023.  We are potentially facing an absolutely unprecedented worldwide food crisis next year, but the vast majority of the population doesn’t seem very alarmed about this.  So I would encourage you to help me get this warning out by sharing this list with as many people as you possibly can.  As you will see below, we now have so many data points that it is impossible to deny what is coming.  The following is a list of 33 things we know about the coming food shortages…

#1 The hard red winter wheat crop in the United States this year “was the smallest since 1963”.  But in 1963, there were only 182 million people living in this nation.  Today, our population has grown to 329 million.

#2 It is being projected that the rice harvest in California will be “half what it would be in a normal year”.

#4 This will be the worst U.S. corn harvest in at least a decade.

#5 Year-to-date shipments of carrots in the United States are down 45 percent.

#6 Year-to-date shipments of sweet corn in the United States are down 20 percent.

#7 Year-to-date shipments of sweet potatoes in the United States are down 13 percent.

#8 Year-to-date shipments of celery in the United States are down 11 percent.

#9 Total peach production in the U.S. is down 15 percent from last year.

#10 Almost three-fourths of all U.S. farmers say that this year’s drought is hurting their harvests.

#11 Thanks to the endless drought, the total number of cattle in Oregon is down 41 percent.

#12 Thanks to the endless drought, the total number of cattle in New Mexico is down 43 percent.

#13 Thanks to the endless drought, the total number of cattle in Texas is down 50 percent.

#14 One beef producer in Oklahoma is now predicting that ground beef “could eventually top $50 per pound”.

#15 At least 40 percent of the United States has been suffering from drought conditions for 101  consecutive weeks.

#16 Overall, this is the worst multi-year megadrought in the United States in 1,200 years.

#17 Europe is currently experiencing the worst drought that it has seen in 500 years.  In some parts of central Europe, river levels have fallen so low that “hunger stones” are being revealed for the first time in centuries.

#18 Corn production for the entire EU could be down by as much as one-fifth in 2022.

#19 We are being warned that there will be crop losses in France of up to 35 percent.

#20 It is being projected that crop losses in some areas of the UK could be as high as 50 percent.

#21 It is being reported that there will be crop losses “of up to 50 percent” in some parts of Germany.

#23 Agricultural production in Somalia will be down about 80 percent this year.

#24 In eastern Africa, the endless drought has already resulted in the deaths of at least seven million animals.

#25 In China, they are facing the worst drought that they have ever experienced in recorded history.

#26 India normally accounts for 40 percent of the global rice trade, but we are being warned that production in that country will be way down in 2022 due to “considerable rainfall deficits in key rice producing states”.

#27 A third of the entire nation of Pakistan was under water after recent floods absolutely devastated that nation, and agricultural areas were hit particularly hard.  As a result, the vast majority of the crops in the country have been “washed away”…

It has also been estimated that roughly 65 per cent of the country’s food basket — particularly crops like rice, cotton, wheat and onion — have been washed away.

Pakistan Foreign Minister Bilawal Bhutto-Zardari, in an interview to CGTN earlier this week, offered an even starker outlook by saying that “about 80 to 90 per cent” of the country’s crops have been damaged by the floods.

#29 One payment company is reporting that the number of Americans using their app to take out short-term loans for groceries has risen by 95 percent.

#30 Demand at U.S. food banks is now even worse than it was during the height of the COVID pandemic.

#31 The World Health Organization is telling us that millions of people in Africa are now potentially facing a very real possibility of starving to death.

#32 According to the World Food Program, 828 million people around the world go to bed hungry each night.  Needless to say, that number will soon be much higher.

#33 UN Secretary General António Guterres has publicly stated that he believes that it is likely that there will be “multiple famines” in 2023.

As global food supplies get tighter and tighter, so will the risk of civil unrest.

In fact, this has already been happening…

The risk of civil unrest has surged this year in more than half of the world’s countries, signaling a coming period of heightened global instability fueled by inflation, war, and shortages of essentials, a new analysis says.

According to Verisk Maplecroft, a UK-based risk consulting and intelligence firm, 101 of the 198 countries tracked on its Civil Unrest Index saw an increase in their risk of civil unrest between the second and third quarters of this year.

In recent weeks, we have seen absolutely massive protests in cities all over the planet.

But conditions aren’t even that bad yet.

So what will things be like in 2023 when it finally becomes exceedingly clear that there simply will not be enough food for everyone?

Wealthy countries will have the resources to buy up much of what is available on the market, and that means that many poor countries will deeply suffer.

If everything that you have read in this article sounds familiar, that is because we have been warned for years that such conditions were coming.

In 2023, there will be famines and civil unrest all over the globe.

This is not a drill.  An extremely serious global food crisis has already begun, and I would encourage you to get prepared for what is ahead while you still can.