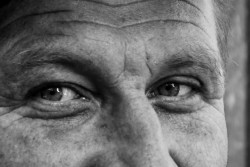 If you know someone that believes that the U.S. economy is in great shape, just show that person the following statistics.  But please don’t show these statistics to anyone that is feeling depressed or that has just lost a job – it might push such a person over the edge.  The sad truth is that the U.S. economy is in the midst of a long-term decline and it is coming apart at the seams.  Right now the Obama administration and the Federal Reserve are attempting to “paper over” our economic problems with massive amounts of government debt and paper currency, but in the end it is not going to work.  When you analyze the numbers objectively, it leads to the inescapable conclusion that we are headed for another Great Depression.  That is a very depressing thought, but there is no denying that decades of debt and incredibly bad decisions are starting to catch up with us.  The economic pain that is coming is going to be absolutely mind blowing.

It would be nice if our politicians and our business leaders suddenly started making incredibly wise decisions so that we could bring the U.S. economy in for a “soft landing”, but the chance of that happening is so small that it is not even worth mentioning.

It is time for all of us to face up to the truth.  In this day and age it is really easy to get caught up in the trap of feeling depressed, but once we understand exactly how bad our problems are it can be empowering because then we can start focusing on solutions.

The following are 27 depressing statistics about the U.S. economy that are almost too crazy to believe….

#2 The U.S. economy actually grew more between 1930 and 1940 than it did during the decade that recently ended.

#3 Over the last decade, the number of Americans without health insurance has risen from about 38 million to about 52 million.

#4 Agricultural commodities are absolutely soaring.  The price of corn has more than doubled over the last 12 months.  Considering the fact that corn is in literally thousands of our food products, that is a very frightening statistic.

#6 It is being estimated that total U.S. government debt will grow by 42 percent by the year 2015.

#7 According to the Pentagon, the cost of the first week of attacks on Libya was 600 million dollars.

#8 The average American now spends approximately 23 percent of his or her income on food and gas.

#9 According to the U.S. Energy Department, the average U.S. household will spend approximately $700 more on gasoline in 2011 than it did during 2010.

#10 It is being projected that for the first time ever, the OPEC nations are going to bring in over a trillion dollars from exporting oil this year.  Their biggest customer is the United States.

#11 According to the Economic Policy Institute, almost 25 percent of U.S. households now have zero net worth or negative net worth.  Back in 2007, that number was just 18.6 percent.

#12 China produced 19.8 percent of all the goods consumed in the world last year.  The United States only produced 19.4 percent.

#13 The United States has lost an average of 50,000 manufacturing jobs per month since China joined the World Trade Organization in 2001.

#15 U.S. home values have fallen an astounding 6.3 trillion dollars since the peak of the real estate market in 2005.

#16 According to RealtyTrac, one out of every 45 U.S. households was hit with a foreclosure filing in 2010.

#17 The number of homes that were actually repossessed reached the 1 million mark for the first time ever during 2010.

#18 New home sales in the United States set a brand new all-time record low in the month of February.

#20 The financial condition of American families continues to deteriorate rapidly.  In 2010, one out of every eight American families had at least one family member that was unemployed.  That number was the highest it has been since the U.S. Labor Department began keeping track of that statistic back in 1994.

#21 There are now more than 6 million Americans that the government says have given up looking for work completely.

#22 According to the U.S. Bureau of Labor Statistics, the average length of unemployment in the U.S. is now an all-time record 39 weeks.

#23 Americans now owe more than $900 billion on student loans, which is also an all-time record high.

#25 According to the Federal Reserve, between 2007 and 2009 median household net worth in the United States fell by 23 percent.

#26 The Federal Reserve also says that median household debt in the United States has risen to $75,600.

#27 According to a recent article posted on the website of the American Institute of Economic Research, the purchasing power of a U.S. dollar declined from $1.00 in 1913 to 4.6 cents in 2009.  Sadly, the Federal Reserve is working very hard to get rid of the little bit of purchasing power that the U.S. dollar has left.