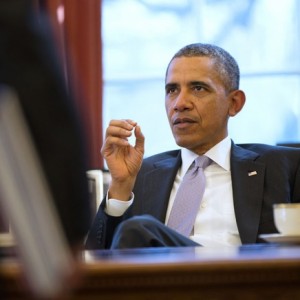 Why would Barack Obama want to give hundreds of millions of dollars of weapons to groups inside Syria that are selling weapons to ISIS and regularly fighting alongside them?  Is he really that clueless about what is going on in the Middle East?  The FSA and other groups of “moderate” fighters inside Syria do not consider ISIS to be an enemy.  Rather, they consider ISIS to be an important ally in the struggle to overthrow the Syrian government.  In fact, many “moderate” units have actually joined ISIS in recent months.  If Obama gives more weapons to the “moderate” fighters in Syria, it is inevitable that a lot of them will end up in the hands of ISIS.  In a previous article, I already discussed how ISIS is talking over vast stretches of Syria and Iraq using mostly American weapons.  If the Obama administration goes ahead with this plan to arm “moderates” in Syria, it is just going to make ISIS even stronger.

Without a doubt, ISIS is an organization that is absolutely seething with evil.  They have been running around beheading journalists, crucifying their enemies in public and even cutting children in half.  ISIS has promised to drown America “in blood“, and the only way to appease them would be for every single one of us to convert to their version of Islam.

But Obama’s strategy to “defeat ISIS” makes absolutely no sense at all.

First of all, if you want to defeat someone you don’t give weapons to their friends.

According to Fox News, the White House actually believes that the FSA and other “moderate” groups inside Syria will act as “ground troops” in our fight against ISIS…

According to one White House aide, the president is escalating the call for more aid to the rebels so they could act as the ground troops to support potential U.S. airstrikes against ISIS.

Can you imagine the laughter that will ensue when ISIS leaders read this?

Secondly, if you want to conduct air strikes against ISIS, you have got to get permission from the nation where you will be conducting those air strikes.

The Obama administration has permission from the Iraqi government to conduct air strikes against ISIS targets inside Iraq, and the Pentagon says that those air strikes have been effective.

However, it is being reported that Obama now wants to bomb ISIS targets inside Syria…

President Barack Obama, who will set out a broad long-term strategy to defeat the Islamic State in a speech to Americans on Wednesday evening, is prepared to authorize air strikes against the group in Syria, U.S. officials said.

Pursuing the Islamist radicals inside Syria would complement an expanded military campaign to back government forces in Iraq following the formation of a more inclusive government in Baghdad.

Do we really want to declare war on Syria on top of everything else?

Sadly, Obama doesn’t seem to think that he needs permission to do much of anything.

In fact, he insists that he doesn’t even need the permission of Congress to start conducting air strikes inside Syria…

President Obama is prepared to use U.S. military airstrikes in Syria as part of an expanded campaign to defeat the Islamic State and does not believe he needs formal congressional approval to take that action, according to people who have spoken with the president in recent days.

We have a man occupying the White House running around doing whatever he wants without even having an elementary understanding about what is going on over in the Middle East.

And he has the audacity to stand up in front of the American people and “explain” to us why we need to spend hundreds of millions of taxpayer dollars to arm groups that are clearly aligned with ISIS.

Below, I want to share an extended excerpt from a recent article by Paul Joseph Watson.  In his article, Watson lists numerous examples that show that the “moderate” rebels and ISIS are still very much working together…

The lunacy of such a policy is illustrated by the fact that Bassel Idriss, commander of an FSA-run rebel brigade, recently admitted that Washington-backed “moderate” rebels are still collaborating with ISIS.

“We are collaborating with the Islamic State and the Nusra Front by attacking the Syrian Army’s gatherings in … Qalamoun,” Idriss told Lebanon’s Daily Star. “Let’s face it: The Nusra Front is the biggest power present right now in Qalamoun and we as FSA would collaborate on any mission they launch as long as it coincides with our values.”

A July report in Stars and Stripes also documented how the 1,000 strong Dawud Brigade, which had previously fought alongside the FSA against the Assad regime, defected in its entirety to join ISIS.

Also in July it emerged that “several factions within the FSA, including Ahl Al Athar, Ibin al-Qa’im” had “handed over its weapons to the Islamic State in large numbers” and pledged allegiance to ISIS.

Islamic State fighter Abu Atheer also told Al-Jazeera, “We are buying weapons from the FSA. we bought 200 anti-aircraft missiles and Koncourse anti tank weapons. We have good relations with our brothers in the FSA. For us, the infidels are those who cooperate with the West to fight Islam.”

The Obama administration has spent weeks working on a “strategy” to deal with ISIS, and this is what they have come up with?

Rather than “defeating ISIS”, this strategy is likely to make ISIS even stronger and have the added bonus of potentially starting a war with Syria.

Exactly what is Obama trying to accomplish in the Middle East anyway?

But in the end, the real fault lies with the American people.  Despite relentless warnings, the American people willingly chose to elect this con man to the highest office in the land two times in a row, and as a result we all get to suffer the consequences of those very foolish decisions.