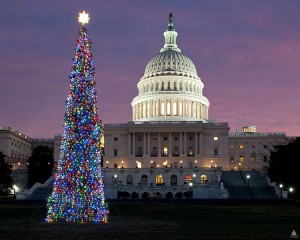 Will this be the last normal holiday season that Americans ever experience?  To many Americans, such a notion would be absolutely inconceivable.  After all, in the affluent areas of the country restaurants and malls are absolutely packed.  Beautiful holiday decorations are seemingly everywhere this time of the year and children all over the United States are breathlessly awaiting the arrival of Santa Claus.  Even though poverty is exploding to unprecedented levels, most families will still have mountains of presents under their Christmas trees.  Of course a whole lot of those presents were purchased with credit cards, but people don’t like to talk about that.  It kind of spoils the illusion.  Sadly, the truth is that our entire economy is a giant illusion.  The extreme prosperity that we have been enjoying has been fueled by debt, and any future prosperity that we will experience is completely dependent on our ability to go into even more debt.  The total amount of debt in our economy is almost 10 times larger than it was just 30 years ago, but we don’t like to think about that too much.  Most Americans are way too busy living the good life to be bothered with “doom and gloom”.  Well, get ready to say goodbye to normal.  As history has shown us, no financial bubble lasts forever, and time is rapidly running out for us.

You know that the hour is late when even mainstream news sources start publishing articles with titles such as this: “Will 2013 Mark the Beginning of American Decline?”

That article appeared on Bloomberg.com the other day, and it was written by Simon Johnson, a former chief economist at the International Monetary Fund.  He is convinced that a day of reckoning is coming for U.S. government finances, and he seems resigned to the fact that we will not be ready when that day arrives…

“Sooner or later, it will be America’s turn to fall out of favor with investors and to see its own interest rates rise. It is hard to know when that day will come, or precisely what pressures the country will face.

Let me only venture one forecast: We will not be ready.”

Other analysts are far more pessimistic.  For example, the following is what Gerald Celente said about the “bond bubble” during a recent interview with King World News…

Eric King: “Gerald, I wanted to take a look at this upcoming issue you have coming out. (In here it says,) ‘Bonds Away! The bond bomb is ready to explode … threatening to make the real estate and dot-com bubbles, and even the Great Recession, look like market corrections.’ Can you talk about that?”

Celente: “Yes. This piece is being penned by Dr. Paul Craig Roberts, the former Assistant Treasury Secretary under Ronald Reagan. And he is convinced that the bond bubble is about to burst. This cannot continue to go on the way it is. Everyone knows that the whole game is rigged, and so is this….”

“The whole game is rigged. It’s ready to go down, and Dr. Paul Craig Roberts believes it’s ‘Bonds Away’ in 2013 as the bond bubble explodes and brings about a financial disaster even worse than the Great Depression.”

Eric King: “He’s saying here it’s a road to financial collapse that we are going to head down when this thing bursts.”

Celente: “It is. Because the whole world is being propped up by these phony bonds and it’s going to collapse. It has to happen. Interest rates are going to start going up, and when they do the bond bubble explodes. You cannot keep interest rates at zero for this amount of time and expect anything other than disaster to follow.”

For much more on all this, you can listen to another excellent interview with Gerald Celente right here.

Our politicians just assume that we will be able to borrow trillions upon trillions of dollars far into the future at super low interest rates, but that is a very dangerous assumption.

As I noted the other day, the average rate of interest on U.S. government debt was 2.534 percent at the end of November.  If that number just rose to where it was about a decade earlier we would be in a massive amount of trouble.

But our politicians just keep borrowing and spending as if we could do this forever.

During the first four years of the Obama administration, the U.S. government accumulated about 5.7 trillion dollars of debt.

How can anyone support this kind of insanity?

You can see an excellent video demonstrating the vastness of our national debt right here.  In the end, all of this debt will absolutely destroy the U.S. dollar, our economic system and the bright futures that our children and our grandchildren were supposed to have.

As if all of that was not enough to be concerned about, there is also the threat that Wall Street could implode at any time.  Most Americans have no idea that Wall Street has been transformed into the largest casino in the history of the world.  The “too big to fail” banks are the ringleaders, and the derivatives bubble hangs over our financial system like a “sword of Damocles” that could fall at virtually any moment.

Everything will remain fine as long as the spiral of derivatives that our bankers have constructed remains perfectly balanced.  But if something happens and it becomes unbalanced and starts to collapse, the consequences could be unlike anything we have ever seen before.

A recent Zero Hedge article entitled “1000x Systemic Leverage: $600 Trillion In Gross Derivatives ‘Backed’ By $600 Billion In Collateral” detailed how there is barely any collateral backing up the hundreds of trillions of dollars of derivatives that are out there…

But a bigger question is what is the actual collateral backing this gargantuan market which is about 10 times greater than the world’s combined GDP, because as the “derivative” name implies all this exposure is backed on some dedicated, real assets, somewhere. Luckily, the IMF recently released a discussion note titled “Shadow Banking: Economics and Policy” where quietly hidden in one of the appendices it answers precisely this critical question. The bottom line: $600 trillion in gross notional derivatives backed by a tiny $600 billion in real assets: a whopping 0.1% margin requirement! Surely nothing can possibly go wrong with this amount of unprecedented 1000x systemic leverage.

Our entire economy has become a giant pyramid of debt, risk and leverage.  At some point there is going to be a giant crash.  When that happens, people are going to become very desperate.

When people become very desperate, they often accept “solutions” that they were not willing to consider previously.

We need to learn some lessons from history.  This is exactly the kind of thing that happened back in the 1930s.

For example, an elderly woman named Kitty Werthmann is telling audiences what life was like in Austria back in the late 1930s…

“In 1938, Austria was in deep Depression. Nearly one-third of our workforce was unemployed. We had 25 percent inflation and 25 percent bank loan interest rates.”

“Farmers and business people were declaring bankruptcy daily. Young people were going from house to house begging for food. Not that they didn’t want to work; there simply weren’t any jobs.”

The Austrian people were really hurting and they were desperate for answers.  When Hitler came to them with “solutions”, they were ready to embrace him with open arms…

“We looked to our neighbor on the north, Germany, where Hitler had been in power since 1933.” she recalls. “We had been told that they didn’t have unemployment or crime, and they had a high standard of living.”

“Nothing was ever said about persecution of any group – Jewish or otherwise. We were led to believe that everyone in Germany was happy. We wanted the same way of life in Austria. We were promised that a vote for Hitler would mean the end of unemployment and help for the family. Hitler also said that businesses would be assisted, and farmers would get their farms back.””Ninety-eight percent of the population voted to annex Austria to Germany and have Hitler for our ruler.”

“We were overjoyed,” remembers Kitty, “and for three days we danced in the streets and had candlelight parades. The new government opened up big field kitchens and everyone was fed.”

Sadly, America is already starting to go down the same path in many ways.  If you doubt this, you can read the rest of her account right here.

Right now, things are still relatively good in America.  Yes, there are a whole host of economic numbers that look really bad, but what we are experiencing right now is nothing compared to the horrific economic pain that is coming.

When our economy finally crashes, nobody is going to be able to press a button and restore things to how they were previously.  We will be told that we have to “adjust” and consider “new solutions” to our “new challenges”.  Someday we will look back on the good life that we were enjoying in 2010, 2011 and 2012 and wish that we could go back to those days.

So enjoy the relative peacefulness and prosperity of these times while you still can.  A horrific economic collapse is on the way, and once it strikes none of our lives will ever be the same. 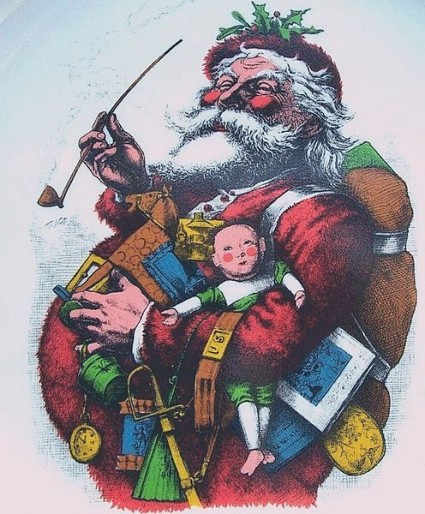