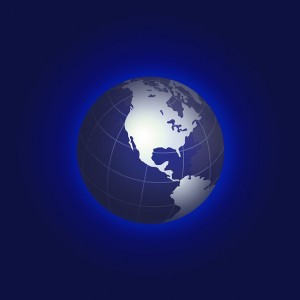 The day that many of us hoped would never arrive is here.  Ebola has come to America.  Air travel between the United States and the countries of Liberia, Guinea and Sierra Leone should have been totally shut down except for absolutely essential personnel but it wasn’t.  And now our nation may end up paying a great price as a result.  On Tuesday, the CDC announced that there is a confirmed case of Ebola in Dallas, Texas.  We know that this individual is a male and that he traveled by air from Liberia to Texas on September 19th.  At that time, he was not exhibiting any symptoms.  It is being reported that he started developing symptoms on September 24th and that he sought out treatment two days later.  Incredibly, he was turned away and sent home.  Then on September 28th he went to a hospital again and this time he was admitted for treatment.  That means that he could have potentially been spreading Ebola to others for at least four full days before finally getting treated at a hospital.  Now he is in intensive care at Texas Health Presbyterian Hospital in Dallas.  The CDC says that “there is no doubt that we will stop it here” and is promising that “it will not spread widely in this country”.  The CDC better be right on both counts.

At this point, the CDC is admitting that it is not known if others have been infected by this individual.  The CDC also says that it is tracking down everyone that he has been in contact with.  But over four days in a major U.S. city, you can be “in contact” with a whole lot of people.  And what about all of the people that those people were in contact with?

If I was in charge of this crisis, I would admit that we don’t know the full scope of the problem yet but that we are dealing with it the best that we can.

Instead, the director of the U.S. Centers for Disease Control and Prevention is taking an entirely different approach.  Dr. Thomas Frieden insists that we have absolutely nothing to worry about…

“I have no doubt that we will control this case of Ebola, so that it does not spread widely in this country. It is certainly possible that someone who has had contact with this patient could develop Ebola. But there is no doubt in my mind that we will stop it here.”

Frieden better be right about that.

Other “experts” are being even more dogmatic…

“There is no cause for concern,” says Peter Hotez, dean of the National School of Tropical Medicine and professor at Baylor College of Medicine in Houston. “The Ebola virus is not easily transmitted from person to person, and we have an outstanding infrastructure in place both to contain the virus and trace contacts. There will not be an Ebola epidemic in the United States.”

I have no idea how they can say these things when the outbreak over in Africa is completely and totally out of control.  Despite extreme precautions, hundreds of health workers have gotten the virus, and so far global health officials have not even been able to slow down the exponential growth of the Ebola pandemic in West Africa.

And our health officials should not be so dogmatic about how this virus spreads either.

In a previous article, I discussed a study that was conducted back in 2012 that demonstrated that Ebola could be transmitted through the air between pigs and monkeys that did not have physical contact with one another…

There is much that we don’t understand about this disease.

I can understand the need to keep the public calm, but why don’t these officials just tell us the truth?

At the same time that they are telling us that there is no chance that there will be an Ebola epidemic in the United States, they are also sending out guidelines to funeral homes on how to deal with dead Ebola victims…

CBS46 News has confirmed the Centers for Disease Control has issued guidelines to U.S. funeral homes on how to handle the remains of Ebola patients. If the outbreak of the potentially deadly virus is in West Africa, why are funeral homes in America being given guidelines?

The three-page list of recommendations include instructing funeral workers to wear protective equipment when dealing with the remains since Ebola can be transmitted in postmortem care. It also instructs to avoid autopsies and embalming.

Why are they doing this if there is “no chance” that the disease will spread widely?

Hopefully they isolated this Ebola patient in Dallas in time.

Hopefully he did not infect anyone else.

But we need to be honest about the situation that we are potentially facing.  So far, there have been more than 6,000 cases of Ebola in Africa and more than 3,000 of those have died.  Unfortunately, even WHO officials admit that those official numbers “great underestimate” the scope of this outbreak.  The number of official cases has been doubling approximately every three weeks, and the CDC says that under a “worst case scenario” we could be looking at 1.4 million cases by the end of January 2015.

Right now all of the treatment facilities in Liberia and Sierra Leone are completely full and more than 80 percent of Ebola patients have been turned away and sent home without being treated.  It is an absolute nightmare, and now it has come to America.

And as the virus continues to spread, it is inevitable that more carriers of the disease will get on airplanes headed for America.

Unfortunately for us, according to a recent Defense One article the screening done at airports actually does very little to stop the spread of Ebola…

The bad news is that thermal screenings of the international flying population at airports are not likely to yield much by way of improved safety.

Here’s why: fever can be a sign of a lot of different illnesses, not just Ebola. And thermal scanning proved to be a poor method of catching bird flu carriers in 2009 as well. So presenting with an elevated temperature at an airport checkpoint does not indicate clearly enough that the fevered person is carrying the deadly virus. More importantly, the incubation period for Ebola is two days. As many as 20 days can pass before symptoms show up. That means that an individual could be carrying the virus for two weeks or longer and not even know it, much less have it show up via thermal scan. So what good are these scanners?

When I first started writing about Ebola, a few people accused me of “spreading fear”.

Well, now that Ebola has arrived in the United States, perhaps they will take a second look at some of my recent articles…

Let us pray that this is just one isolated case and that there will not be a major outbreak in this nation.

Because if cases do start popping up around the country, fear will spread like wildfire and we could potentially be facing the greatest health crisis that any of us have ever seen.

One of the individuals that successfully survived this disease was Dr. Kent Brantly.  I think that the following quote from him really does a great job of summarizing what we are potentially facing…

“Many have used the analogy of a fire burning out of control to describe this unprecedented Ebola outbreak,” Brantly said. “Indeed it is a fire—it is a fire straight from the pit of hell. We cannot fool ourselves into thinking that the vast moat of the Atlantic Ocean will protect us from the flames of this fire. Instead, we must mobilize the resources … to keep entire nations from being reduced to ashes.”

A virus like this could change everything if it starts circulating widely.

Like I have said so many times before, let us hope for the best, but let us also prepare for the worst.