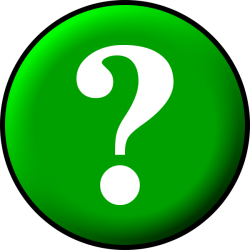 In the crazy times in which we live, it helps to expect the unexpected.  Sometimes you can think that you have it all figured out and then this world can throw a real curveball at you. Very few people anticipated that we would see a massive outbreak of the West Nile Virus in Texas this year or that the Mississippi River would be in danger of drying up after experiencing historic flooding last year.  Who would have thought that we would see the worst drought in more than 50 years or that horrific wildfires would burn nearly 7 million acres of land?  This is why economic conditions are always so hard to predict.  A single “black swan event” can come along and change everything almost overnight.  Our world has become incredibly unstable, and so who really knows what the rest of 2012 will bring?  Will we see a stock market crash?  Will the hurricane season be unusually bad?  Will war erupt in the Middle East?  Will we see a major earthquake on the west coast or even a volcanic eruption?  Will the upcoming election cause an eruption of anger and frustration in America?  We don’t know the answers to those questions yet, and the truth is that we will probably see some things happen that very few of us are anticipating at this point.

This is an exciting time to be a “news junkie”, but unfortunately the vast majority of the news these days is bad.

It is almost as if a “perfect storm” is developing.  Our weather is going crazy, our financial system is on the verge of collapse, our politicians seem more insane than ever, there is evidence of social decay all around us and the drumbeats of war in the Middle East grow louder with each passing day.

As strange as 2012 has been so far, I fear that things are about to get a whole lot stranger.

Not that we haven’t had some very unanticipated events happen this year up to this point.

The following are 8 economic threats that we were not even talking about at the beginning of the summer….

What is up with all of the strange disease outbreaks that we have seen so far this year?

Flesh eating disease and the bird flu have both been making global headlines this summer, but in the U.S. right now it is the West Nile Virus that is getting the most attention.

So far more than 1,100 cases of the West Nile Virus have been diagnosed in the United States and more than 41 people have died from it.

More than half of the cases so far have been in Texas, but we have also seen people come down with West Nile Virus in Mississippi, Louisiana, South Dakota, and Oklahoma.

If you live in any of those areas, you might want to do your best to avoid mosquitos for the rest of the summer.

This summer, the United States has experienced the worst drought that it has seen in more than 50 years.

This weather has been absolutely crippling for farmers and ranchers all over the nation.  As I wrote about the other day, about half of all corn being grown in the U.S. is currently either in “poor” or “very poor” condition.

As the drought has dragged on, many farmers and ranchers have become increasingly desperate.  In fact, one farmer has even been feeding his cows candy in an attempt to deal with rising feed prices.

Needless to say, this drought has been causing commodity prices to soar.

#3 The Mississippi River Is Drying Up

Thanks to this drought, rivers and lakes all over the United States are drying up.  In fact, there have been reports that millions of fish have been dying because water levels have gotten so low in many areas.

Even the mighty Mississippi River has dropped to dangerously low levels.

At this point, the Mississippi is lower than most people living along the river can ever remember.  If it drops much lower, it could potentially have an absolutely devastating impact on the U.S. economy.

A recent NBC News report described what is at stake….

About $180 billion worth of goods move up and down the river on barges, 500 million tons of the basic ingredients for much of the U.S. economy, according to the American Waterways Operators, a trade group. It carries 60 percent of the nation’s grain, 22 percent of the oil and gas and 20 percent of the coal, according to American Waterways Operators. It would take 60 trailer trucks to carry the cargo in just one barge, 144 18-wheeler tankers to carry the oil and gas in one petroleum barge.

If all traffic along the Mississippi was forced to stop, it is estimated that it would cost the U.S. economy about 300 million dollars a day.

And already there have been stoppages along one 11 mile stretch of the river….

Nearly 100 boats and barges were waiting for passage Monday along an 11-mile stretch of the Mississippi River that has been closed because of low water levels, the U.S. Coast Guard said. New Orleans-based Coast Guard spokesman Ryan Tippets said the stretch of river near Greenville, Miss., has been closed intermittently since Aug. 11, when a vessel ran aground.

So what happens if the Mississippi gets even lower?

The extreme heat has also been responsible for the horrific outbreak of wildfires that we have seen in the western United States this year.

That is an area about as big as the states of Maryland and Delaware combined.

In the past, the global elite and the mainstream media would mock those who are hoarding gold in anticipation of a major financial collapse.

But now it is the global elite who are hoarding gold.

In a previous article, I discussed how men such as George Soros and John Paulson are investing mind-boggling amounts of money in gold right now.  The amount of money that these two individuals are investing in gold is difficult to comprehend….

Combined, Soros and Paulson dumped more than three quarters of a billion dollars into gold during the second quarter of 2012 alone.

So what are they anticipating?

The central banks of the world have been very busy hoarding gold as well.  According to the World Gold Council, global central banks were net buyers of 157.5 metric tons of gold during the second quarter of 2012.

Over the past 20 years there has never been a time when global central banks have accumulated that much gold during a single quarter.

So just what in the world is going on?

#6 Recession In The UK

Everyone knew that Greece was in deep trouble.

And everyone knew that Italy and Spain were in deep trouble.

But it was a surprise to see the UK economy plunge deep into recession.  During the second quarter of 2012 alone, the UK economy shrunk by 0.7 percent.

At this point the British economy has contracted for three quarters in a row.

Hopefully things will not get even worse over there.

Considering the fact that the U.S. economy never even came close to recovering from the last recession, it is a bit disheartening to see that it looks like we are headed for another major downturn.

According to Michael Panzer of Financial Armageddon, measurements of economic activity compiled by the Federal Reserve Bank of Philadelphia indicate that the U.S. economy is rapidly heading into another recession.  If you doubt this, just check out this chart.

And for a lot more reasons why the U.S. economy is entering another recession, check out this article.

#8 Hauled Off To A Mental Institution For What You Believe

Do you ever worry that what you post on Facebook could get you involuntarily committed to a mental institution?

Well, that is exactly what happened to one military vet recently.

A former Marine named Brandon Raub was hauled off to a mental institution because of what he posted on his Facebook page.

This is how the Economic Policy Journal summarized what happened to Raub….

The muscle used to grab Brandon Raub was local Chesterfield County, VA police. Also present during the grab were agents of the FBI and of the Secret Service.

The police also claim Raub is not under arrest, even though he was led away in handcuffs and is not permitted to leave the psychiatric ward of a hospital—even though it appears that Raub is not in  any way in need of psychological care.

I note this happened in the United States of America, with local police, FBI agents and Secret Service taking part.

The claim that Raub is “not under arrest” is completely and totally ridiculous.  The authorities came to his door, slapped handcuffs on him and are holding him in a mental institution against his will.

And now he has been transferred to a facility that is 3 hours away from his family, his supporters and his legal team.

What in the world is America turning into?

The Rutherford Institute is defending Raub, and the following is an excerpt from a statement about this case on their website….

“This is not how justice in America is supposed to work—with Americans being arrested for doing nothing more than exercising their First Amendment rights, forced to undergo psychological evaluations, detained against their will and isolated from their family, friends and attorneys. This is a scary new chapter in our history,” said John W. Whitehead, president of The Rutherford Institute. “Brandon Raub is no different from the majority of Americans who use their private Facebook pages to post a variety of content, ranging from song lyrics and political hyperbole to trash talking their neighbors, friends and government leaders.”

This is the kind of thing that we have seen under brutal totalitarian regimes in the past.  Dissidents are grabbed by authorities and taken to mental institutions where they are conveniently “disappeared”.

And you know what?  Before the authorities start attacking people for exercising free speech on Facebook perhaps they should clean up their own house.

It turns out that thousands of DHS employees have been convicted of crimes in recent years.  The following is from a recent CNS News article….

There have been 2,527 Department of Homeland Security (DHS) employees and co-conspirators convicted of corruption and other criminal misconduct since 2004, according to a federal auditor.

Our world is becoming a very crazy place.

One thing that most people did see coming this summer was the continuing economic decline in Greece.

At this point Greece is experiencing a full-blown economic depression and it gets worse by the day.

If you can believe it, 1,250 companies have shut down in the second largest city in Greece in 2012 alone.

And many in the financial world believe the the situation in Greece is going to go beyond the breaking point fairly soon.

In fact, analysts at Citibank believe that there is a 90 percent chance that Greece will leave the euro over the next 12 to 18 months.

They sound pretty sure of themselves.

Not that the rest of Europe is in such great shape either.

According to Bloomberg, it looks like Europe will soon be losing about half a million auto industry jobs….

Efforts by PSA Peugeot Citroen (UG) and Fiat SpA (F) to end losses in Europe could cost more than 500,000 people their jobs as automakers and parts suppliers grapple with the effects of the European sovereign debt crisis.

We live in very unusual times.

Things are falling apart all around us and we seem to be rapidly approaching another major economic crisis.

Central banks, governments and Wall Street insiders all seem to be preparing for the worst. 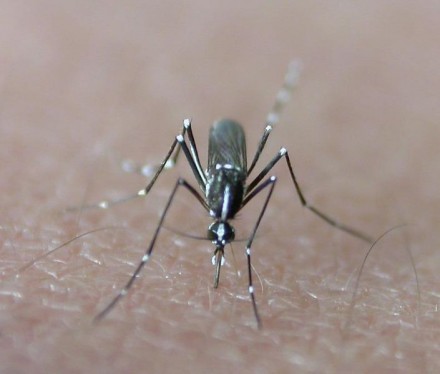