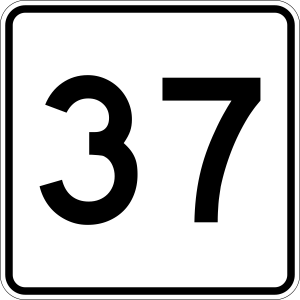 “If you repeat a lie often enough, people will believe it.”  Sadly, that appears to be the approach that the Obama administration and the mainstream media are taking with the U.S. economy.  They seem to believe that if they just keep telling the American people over and over that things are getting better, eventually the American people will believe that it is actually true.  On Friday, it was announced that the unemployment rate had fallen to “7 percent”, and the mainstream media responded with a mix of euphoria and jubilation.  For example, one USA Today article declared that “with today’s jobs report, one really can say that our long national post-financial crisis nightmare is over.”  But is that actually the truth?  As you will see below, if you assume that the labor force participation rate in the U.S. is at the long-term average, the unemployment rate in the United States would actually be 11.5 percent instead of 7 percent.  There has been absolutely no employment recovery.  The percentage of Americans that are actually working has stayed between 58 and 59 percent for 51 months in a row.  But most Americans don’t understand these things and they just take whatever the mainstream media tells them as the truth.

And of course the reality of the matter is that we should have seen some sort of an economic recovery by now.  Those running our system have literally been mortgaging the future in a desperate attempt to try to pump up our economic numbers.  The federal government has been on the greatest debt binge in U.S. history and the Federal Reserve has been printing money like crazed lunatics.  All of that “stimulus” should have had some positive short-term effects on the economy.

Sadly, all of those “emergency measures” do not appear to have done much at all.  The percentage of Americans that have a job has stayed remarkably flat since the end of 2009, median household income has fallen for five years in a row, and the rate of homeownership in the United States has fallen for eight years in a row.  Anyone that claims that the U.S. economy is experiencing a “recovery” is simply not telling the truth.  The following are 37 reasons why “the economic recovery” is a giant lie…

#1 The only reason that the official unemployment rate has been declining over the past couple of years is that the federal government has been pretending that millions upon millions of unemployed Americans no longer want a job and have “left the labor force”.  As Zero Hedge recently demonstrated, if the labor force participation rate returned to the long-term average of 65.8 percent, the official unemployment rate in the United States would actually be 11.5 percent instead of 7 percent.

#3 The employment-population ratio has now been under 59 percent for 51 months in a row.

#4 There are 1,148,000 fewer Americans working today than there was in November 2006.  Meanwhile, our population has grown by more than 16 million people during that time frame.

#5 The “inactivity rate” for men in their prime working years (25 to 54) has just hit a brand new all-time record high.  Does this look like an “economic recovery” to you?…

#6 The number of working age Americans without a job has increased by a total of 27 million since the year 2000.

#9 Only about 47 percent of all adults in America have a full-time job at this point.

#10 The ratio of wages to corporate profits in the United States just hit a brand new all-time low.

#11 It is hard to believe, but in America today one out of every ten jobs is now filled by a temp agency.

#12 Approximately one out of every four part-time workers in America is living below the poverty line.

#13 In this economic environment, there is intense competition even for the lowest paying jobs.  Wal-Mart recently opened up two new stores in Washington D.C., and more than 23,000 people applied for just 600 positions.  That means that only about 2.6 percent of the applicants were ultimately hired.  In comparison, Harvard offers admission to 6.1 percent of their applicants.

#14 According to the Social Security Administration, 40 percent of all U.S. workers make less than $20,000 a year.

#15 When Barack Obama took office, the average duration of unemployment in this country was 19.8 weeks.  Today, it is 37.2 weeks.

#16 According to the New York Times, long-term unemployment in America is up by 213 percent since 2007.

#17 Thanks to Obama administration policies which are systematically killing off small businesses in the United States, the percentage of self-employed Americans is at an all-time low today.

#18 According to economist Tim Kane, the following is how the number of startup jobs per 1000 Americans breaks down by presidential administration…

#19 According to the U.S. Census Bureau, median household income in the United States has fallen for five years in a row.

#20 The rate of homeownership in the United States has fallen for eight years in a row.

#23 Total consumer credit has risen by a whopping 22 percent over the past three years.

#24 In 2008, the total amount of student loan debt in this country was sitting at about 440 billion dollars.  Today, it has shot up to approximately a trillion dollars.

#25 Under Barack Obama, the velocity of money (a very important indicator of economic health) has plunged to a post-World War II low.

#27 The gap between the rich and the poor in the United States is at an all-time record high.

#28 Right now, 1.2 million students that attend public schools in the United States are homeless.  That is a brand new all-time record high, and that number has risen by 72 percent since the start of the last recession.

#30 Right now, approximately one out of every five households in the United States is on food stamps.

#31 According to the Survey of Income and Program Participation conducted by the U.S. Census, well over 100 million Americans are enrolled in at least one welfare program run by the federal government.

#34 According to the most recent numbers from the U.S. Census Bureau, an all-time record high 49.2 percent of all Americans are receiving benefits from at least one government program.

#35 The U.S. government has spent an astounding 3.7 trillion dollars on welfare programs over the past five years.

#37 The U.S. national debt is on pace to more than double during the eight years of the Obama administration.  In other words, under Barack Obama the U.S. government will accumulate more debt than it did under all of the other presidents in U.S. history combined.

Americans views on the state of the nation are turning increasingly sour, according to a new national poll.

And a CNN/ORC International survey released Friday also indicates that less than a quarter of the public says that economic conditions are improving, while nearly four in ten say the nation’s economy is getting worse.

Do you believe that the U.S. economy is getting better or getting worse?  Please feel free to share what you think by posting a comment below…