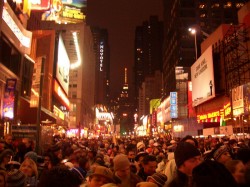 If you knew that you could live in luxury for the rest of your life but that by doing so it would absolutely destroy the future for your children, your grandchildren and your great-grandchildren would you do it?  Well, that is exactly what we are doing as a nation.  Over the past several decades, we have stolen 15 trillion dollars from future generations so that we could enjoy a dramatically inflated level of prosperity.  Our 15 trillion dollar party has been a lot of fun, but what we have done to our children and our grandchildren has been beyond criminal.  We ran up the greatest mountain of debt in the history of the planet and we are sticking them with the bill.  Sadly, both political parties have been responsible for the big spending that has been going on.  Both Democrats and Republicans have run up huge budget deficits when in power.  But instead of learning the hard lessons of the past, both political parties continue to vote for even more debt.  They would rather continue to steal trillions of dollars from future generations than have the party end and have to face the consequences.

So extra government spending can definitely stimulate the economy.  The problem is that we have been doing it permanently.  Since 1975, we have added more than 15 trillion dollars to the national debt.  This has fueled a false prosperity that was way beyond what we could afford.

If the U.S. government tried to go to a balanced budget now, our standard of living would crash and there would be riots in the streets.  The American people have been enjoying false prosperity for so long that they have lost any notion of what “normal” actually is.

Think of it this way.  If your family makes $40,000 this year and you spend an extra $20,000 on your credit cards, your family would be enjoying a false sense of prosperity.

You could do that year after year as long as the credit card companies keep loaning you more money.

But debt always catches up with you in the end.

It is the same thing with the United States.

We have been running up our national credit card balance and the interest payments have become quite painful.

The U.S. government spent over 454 billion dollars just on interest on the national debt during fiscal 2011.

That is 454 billion dollars that the people of the United States do not receive anything in return for.

So in order to keep up with interest on the national debt and to enjoy a standard of living that is beyond our means we now have to run deficits that are in excess of a trillion dollars every single year.

And a trillion dollars is a staggering amount of money.

Since Barack Obama was elected, the U.S. government has added about 5 trillion more dollars to the national debt.

That kind of debt is a recipe for national financial suicide.

At this point, the United States government is responsible for more than a third of all the government debt in the entire world.

The 15 trillion dollar party that we have been enjoying has been amazing, but all of that debt is soon going to bring us a tremendous amount of pain.

And there is really no way out under our current financial system.  As our population ages, government budget deficits are projected to spiral wildly out of control in future years.

Already, entitlement programs are starting to cause massive problems.  For example, mandatory federal spending surpassed total federal revenue for the first time ever in fiscal 2011.  That was not supposed to happen until 50 years from now.

If the federal government used GAAP (Generally Accepted Accounting Principles) like all publicly-traded corporations are required to do, the situation would be much worse.

The truth is that the U.S. government never had a “balanced budget” during the end of the Clinton administration.  The federal government was borrowing gigantic amounts of money from the Social Security trust fund to finance regular government operations.  It was a big fraud.  Under GAAP, there would have been huge budget deficits during those years.

And even under the non-GAAP numbers used by the U.S. Treasury Department, the U.S. national debt still increased every single year during the Clinton administration.

So let’s get real.

Our national financial situation has always been much worse than we have been told.

It has been estimated that our current budget deficits would be in the neighborhood of 4 to 5 trillion dollars under GAAP.

And looking down the road a bit, we are facing a tsunami of unfunded liabilities that is absolutely nightmarish.

In other words, we have committed ourselves to tens of trillions of dollars of expenses that we don’t have any money for.

According to Professor Laurence J. Kotlikoff, the U.S. is facing a “fiscal gap” of over 200 trillion dollars in the coming years.  The following is a brief excerpt from a recent article that he did for CNN….

And it just keeps getting worse.  Recently it was revealed that Obamacare will add 17 trillion dollars more to our long-term unfunded obligations.

Basically what we have done is we have committed future generations to a life of endless debt slavery to pay for our debts and for the financial promises that we have made.

How could we be so stupid?

Of course this entire fraudulent system is going to completely collapse before we get too much farther down the road anyway.  Right now the whole thing is essentially being held together by chicken wire and duct tape.

Most Americans do not realize this, but the Federal Reserve bought approximately 61 percent of all government debt issued by the U.S. Treasury Department in 2011.

Normally, the Federal Reserve is not supposed to be doing this.

But right now there are not nearly enough buyers of U.S. government debt at the super low interest rates that the U.S. government wants to pay.  A recent Money News article explained that foreigners have been increasingly shying away from U.S. debt….

“In 2009, such foreign purchases of U.S. debt amounted to 6 percent of GDP and has since falled by over eighty percent to a paltry 0.9 percent.”

Instead of interest rates on U.S. Treasuries rising to attract additional investors, the U.S. Federal Reserve has been intervening to make up the difference.

This is essentially “monetizing the debt” and it is something that Ben Bernanke promised that he would never do.

But he is doing it.

If the Federal Reserve was not buying up all this debt, interest rates on U.S. debt would soar and so would U.S. government interest payments.

Yes, this is a giant Ponzi scheme and it cannot last for long.

Of course all of this could have been avoided if our politicians had not been running up such massive amounts of debt all these years.

Some have suggested that our problems could be solved by simply increasing taxes on the wealthy.

Well, the truth is that the top 5 percent of all income earners already pay nearly 50 percent of all federal taxes and soaking them even more will not even come close to solving the federal budget crisis.

For example, if Bill Gates gave every single penny of his fortune to the U.S. government, it would only cover the U.S. budget deficit for 15 days.

And as Bill Whittle has shown, you could take every single penny that every American earns above $250,000 and it would only fund about 38 percent of the federal budget.

So taxing the wealthy will certainly not solve all of our problems.

In fact, when you tax the wealthy and the “somewhat wealthy” it slows economic growth in a number of different ways.

Number one, they have less money to spend into the economy.

Number two, they have less money to invest in business activities.

Number three, it gives wealthy individuals and corporations more of an incentive to move out of the United States.  As I have written about previously, the global elite are already hiding about 18 trillion dollars in offshore banks.  The U.S. government keeps trying to tap into all of that offshore wealth, but the elite always seem to be a few steps ahead of the game.

Yes, we should try to close loopholes in the tax system, but the truth is that the root cause of our problem is that the federal government is simply spending way, way too much money.

But our politicians always want to put off spending cuts for another day because they know that immediate spending cuts would really hurt the economy.

For example, just check out this recent quote from White House Chief of Staff Jack Lew….

Yes, the Obama administration definitely does not want to hurt the economy with an election coming up in a few months.

So when will it be time to seriously cut government spending?

The day never seems to arrive.

But even though the federal government has been pumping more than a trillion extra dollars into the economy every year, the economy has not shown much improvement.  The percentage of working age Americans that have jobs has barely budged for over two years.

Yes, the policies of the Obama administration have stabilized the U.S. economy for the moment, but if he was actually going to tell the truth he would say something like this….

“By mortgaging the future of our children and our grand-children I have stabilized our economic statistics for the short-term.   Unfortunately, I am going to have to continue to financially abuse future generations to keep us from falling into another Great Depression.  Meanwhile, I am making our long-term financial problems far, far worse.  But the most important thing is that I win re-election so that I can continue to be president.  Thank you for being so selfish and so willing to destroy the future of your children.  Vote for me in 2012 and let the party continue!”

Unfortunately, the party is going to come crashing to an end at some point.

Right now, the global financial system is based on the U.S. dollar and on U.S. government debt.

There will come a time when the rest of the world is going to get sick and tired of watching this Ponzi scheme play out and they are going to completely lose faith in the U.S. dollar and in U.S. government debt.  In fact, there are already signs that this is starting to happen.

When faith in our currency and our debt is completely gone, it will be nearly impossible to get back and the game will be over.

The false prosperity that we are experiencing right now is about as good as things are going to get.

Enjoy it while you still can, because when it is gone that will be the end of it.

Both the Democrats and the Republicans have failed us.  They played fast and loose with our future and they never planned for the long-term.

Now we are facing a collapse of unprecedented magnitude that most Americans will never even see coming.

A horrifying economic collapse is coming.

You better get ready for it. 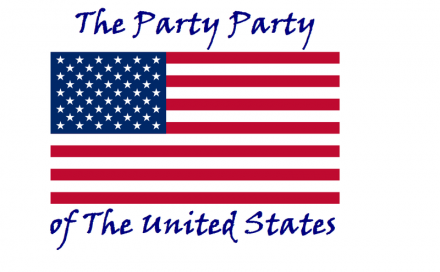