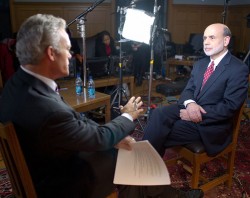 In the past, the trust funds have held marketable Treasury securities, which are available to the general public. Unlike marketable securities, special issues can be redeemed at any time at face value. Marketable securities are subject to the forces of the open market and may suffer a loss, or enjoy a gain, if sold before maturity. Investment in special issues gives the trust funds the same flexibility as holding cash.

So in order for the Social Security Ponzi scheme to work, those investments in government securities need to produce healthy returns.

Unfortunately, the ultra-low interest rate policy of the Federal Reserve is making this impossible.

The average rate of interest earned by the Social Security trust fund has declined from 6.1 percent in January 2003 to 3.9 percent today, and it is going to continue to go even lower as long as the Fed continues to keep interest rates super low.

A recent article by Bruce Krasting detailed how this works.  Just check out the following example….

$135 billion of old bonds matured this year. This money was rolled over into new bonds with a yield of only 1.375%. The average yield on the maturing securities was 5.64%. The drop in yield on the new securities lowers SSA’s income by $5.7B annually. Over the fifteen year term of the investments, that comes to a lumpy $86 billion.

So what happens when the Social Security trust fund runs dry?

As Bruce Krasting also noted, all Social Security payments would immediately be cut by 25 percent…..

Anyone who is 55 or older should be worried about this. Based on current law, all SS benefit payments must be cut by (approximately) 25% when the TF is exhausted. This will affect 72 million people. The economic consequences will be severe.

In other words, it would be a complete and total nightmare.

So what happens if we have another major recession or worse?

And most Americans know that something is up with Social Security.  According to a Gallup survey, 67 percent of all Americans believe that there will be a Social Security crisis within 10 years.

Part of the problem is that there are way too many people retiring and not nearly enough workers to support them.

Back in 1950, each retiree’s Social Security benefit was paid for by 16 U.S. workers.  But now things are much different.  According to new data from the U.S. Bureau of Labor Statistics, there are now only 1.75 full-time private sector workers for each person that is receiving Social Security benefits in the United States.

And remember, the number of Americans drawing on Social Security will increase by another 35 million by the year 2035.

Another factor that is rapidly becoming a major problem is the growth of the Social Security disability program.

Since 2008, 3.6 million more Americans have been added to the rolls of the Social Security disability insurance program.

So how does this compare to the past?

Back in August 1967, there were approximately 65 workers for each American that was collecting Social Security disability payments.

Today, there are only 16.2 workers for each American that is collecting Social Security disability payments.

Sadly, the Federal Reserve has made it incredibly difficult to save for your own retirement.

Millions upon millions of Baby Boomers that diligently saved money for retirement are finding that their savings accounts are paying out next to nothing thanks to the ultra-low interest rate policies of the Federal Reserve.

The following is one example of how the low interest rate policies of the Fed have completely devastated the retirement plans of many elderly Americans….

But it’s more than a low interest rate. It’s an income decline of nearly 89 percent in just 12 years.

And after you account for inflation, those that put money into savings accounts today are actually losing money.

Overall, a study conducted by Boston College’s Center for Retirement Research discovered that American workers are $6.6 trillion short of what they need to retire comfortably.

So needless to say, we have a major problem.

Baby Boomers are just starting to retire and the Social Security system is still solvent at the moment, and yet the number of elderly Americans that are experiencing financial problems is already soaring.

For example, between 1991 and 2007 the number of Americans between the ages of 65 and 74 that filed for bankruptcy rose by a staggering 178 percent.

Also, at this point one out of every six elderly Americans is already living below the federal poverty line.

So how bad are things going to be when Social Security collapses?

That is frightening to think about.

In the short-term, millions upon millions of retired Americans that are living on fixed incomes are going to be absolutely crushed by the inflation that QE3 is going to cause.

Just like we saw with QE1 and QE2, a lot of the money from QE3 is going to end up in agricultural commodities and oil.  That means that retirees (and all the rest of us) are going to end up paying more for food at the supermarket and gasoline at the pump.

But those on fixed incomes are not going to see a corresponding increase in their incomes.  That means that their standards of living will go down.

Things are tough for retirees right now, but they are going to get a lot tougher.

Right now, there are somewhere around 40 million senior citizens.  By 2050 that number is projected to increase to 89 million.

So how will our society cope with more than twice as many senior citizens?

Sadly, we will likely never get to find out.

The truth is that our system is almost certainly going to totally collapse long before then.

We are rapidly approaching a financial crisis unlike anything we have ever seen before in U.S. history, and the foolish policies of the Federal Reserve just keep making things even worse. 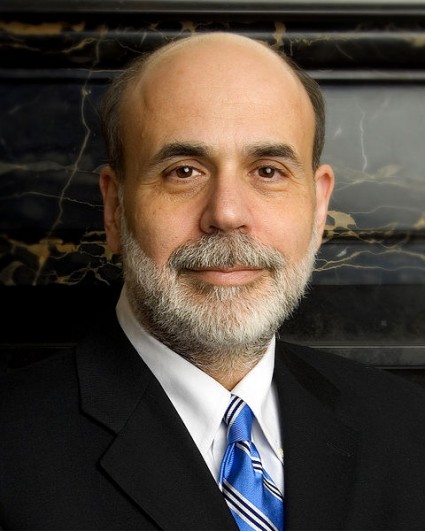