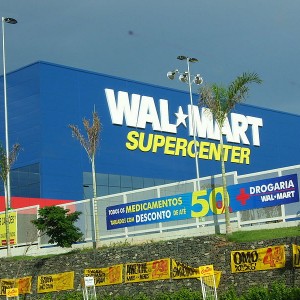 Trying to find a job in America today can be an incredibly frustrating experience.  Most of the jobs that are available seem to pay very little, and there is intense competition for just about any job that is open.  But it wasn’t always like this.  When I was in high school, I was immediately hired when I applied for a job at McDonalds because they were so desperate for workers that they would hire just about anyone that could flip a burger.  But in this economic environment, a single nationwide hiring event conducted by McDonalds resulted in a million job applications, and only a small percentage of those applicants were actually hired.  Our economy simply does not produce enough jobs for everyone anymore, and the percentage of “good jobs” continues to decline.  That means that it is getting really hard to find a job that will enable you to support a family, and a lot of people end up doing jobs that they are massively overqualified for.  But when times are tough, people are going to do what they have to do in order to survive.

One thing that we have seen in recent years is an explosion in the number of “temp workers” in America.  Even some of the largest companies in America are using them.  They like the flexibility of being able to bring in workers when they need them and of being able to dump them the moment they don’t need them anymore.  Sadly, those that work in the “temp industry” often work in deplorable conditions for very little pay.  The following is a brief excerpt from an absolutely outstanding Pro Publica article…

In cities all across the country, workers stand on street corners, line up in alleys or wait in a neon-lit beauty salon for rickety vans to whisk them off to warehouses miles away. Some vans are so packed that to get to work, people must squat on milk crates, sit on the laps of passengers they do not know or sometimes lie on the floor, the other workers’ feet on top of them.

This is not Mexico. It is not Guatemala or Honduras. This is Chicago, New Jersey, Boston.

The people here are not day laborers looking for an odd job from a passing contractor. They are regular employees of temp agencies working in the supply chain of many of America’s largest companies – Walmart, Macy’s, Nike, Frito-Lay. They make our frozen pizzas, sort the recycling from our trash, cut our vegetables and clean our imported fish. They unload clothing and toys made overseas and pack them to fill our store shelves. They are as important to the global economy as shipping containers and Asian garment workers.

Many get by on minimum wage, renting rooms in rundown houses, eating dinners of beans and potatoes, and surviving on food banks and taxpayer-funded health care. They almost never get benefits and have little opportunity for advancement.

But these are the types of jobs the U.S. economy is “creating” these days.  Low paying part-time jobs are continually becoming a bigger part of the economy.  This is one of the primary reasons why the middle class in America is shrinking.

You can’t support a family on what most of these part-time jobs pay.  But our economy is not producing many high quality full-time jobs these days.  The average quality of American jobs just continues to sink.

#2 In America today, only 47 percent of adults have a full-time job.

#3 Even though the U.S. economy created nearly 200,000 jobs in June, the number of full-time jobs actually decreased.

#4 There are now 2.7 million temp workers in the United States – a new all-time high.

#5 One out of every ten jobs in the United States is now filled through a temp agency.

#7 The official unemployment rate has been at 7.5 percent or higher for 54 months in a row.  That is the longest stretch in U.S. history.

#8 According to one recent survey, 76 percent of all Americans are living paycheck to paycheck.

#9 At this point, one out of every four American workers has a job that pays $10 an hour or less.

#10 High paying manufacturing jobs continue to be shipped overseas.  Sadly, there are fewer Americans employed in manufacturing now than there was in 1950 even though the population of the country has more than doubled since then.

#11 Today, the United States actually has a higher percentage of workers doing low wage work than any other major industrialized nation does.

#15 According to a study that was released by the Center for Economic and Policy Research, only 24.6 percent of all jobs in the United States qualify as “good jobs” at this point.  In a previous article, I detailed the three criteria that they used to define what a “good job” is….

All of this is absolutely heartbreaking.

Once upon a time, just about any adult that was willing to work hard in America could go out and find a good paying job that would support a middle class lifestyle.

Now those days are gone forever.

But different conditions exist in different parts of the country.

What are you seeing in your area?

Are good jobs difficult to find?