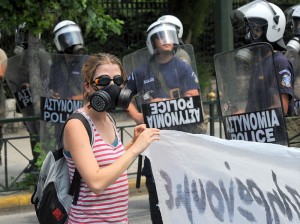 When you get into too much debt, eventually really bad things start to happen.  This is a very painful lesson that southern Europe is learning right now, and it is a lesson that the United States will soon learn as well.  It simply is not possible to live way beyond your means forever.  You can do it for a while though, and politicians in the U.S. and in Europe keep trying to kick the can down the road and extend the party, but the truth is that debt is a very cruel master and at some point it inevitably catches up with you.  And when it catches up with you, the results can be absolutely devastating.  Greece, Italy, Spain and Portugal all tried to just slow down the rate at which their government debts were increasing, and look at what happened to their economies.  In each case, GDP is shrinking, unemployment is skyrocketing, credit is freezing up and manufacturing is declining.  And you know what?  None of those countries has even gotten close to a balanced budget yet.  They are all still going into even more debt.  Just imagine what would happen if they actually tried to only spend the money that they brought in?

I have always said that the next wave of the economic collapse would start in Europe and that is exactly what is happening.  So keep watching Europe.  What is happening to them will eventually happen to us.

Confindustria, the business federation, said 29pc of Italian firms cannot meet “operational expenses” and are starved of liquidity. A “third phase of the credit crunch” is underway that matches the shocks in 2008-2009 and again in 2011.

In a research report the group said the economy was caught in a “vicious circle” where banks are too frightened to lend, driving more companies over the edge. A thousand are going bankrupt every day.

#4 The unemployment rate in Spain has reached 26 percent.

#5 In Spain there are 107 unemployed workers for every available job.

#6 The unemployment rate in Italy is now 11.7 percent.  That is the highest that it has been since Italy joined the euro.

#7 The youth unemployment rate in Italy has risen to a new all-time record high of 38.7 percent.

#8 Unemployment in the eurozone as a whole has reached a new all-time high of 11.9 percent.

Data from Italy’s national statistics institute ISTAT showed that the country’s economy shrank by 0.9pc in the fourth quarter of last year and gross domestic product was down a revised 2.8pc year-on-year.

Greece also sank further into recession during the fourth quarter of 2012, with figures on Monday showing the economy contracted by 5.7pc year-on-year.

#11 Overall, the Greek economy has contracted by more than 20 percent since 2008.

Research group Markit said its index of activity in UK manufacturing – where 50 is the cut off between growth and decline – sank from 50.5 in January to 47.9 in February. It left Britain on the brink of a third recession in five years after the economy shrank by 0.3 per cent in the final quarter of 2012.

Chris Williamson, chief economist at Markit, said: ‘This represents a major setback to hopes that the UK economy can return to growth in the first quarter and avoid a triple-dip recession.’

#14 Bank deposits experienced significant declines all over Europe during the month of January.

#15 Private bond default rates are soaring all over southern Europe…

S&P said the default rate for Italian non-investment grade bonds jumped to 9.5pc last year from 5.7pc in 2012 as local banks shut off funding. It was even worse in Spain, doubling to 14.3pc.

The default rate in France rocketed from 0.8pc to 8.7pc, the latest in a blizzard of bad news from the country as the delayed effects of tax rises, fiscal tightening, and the strong euro do their worst.

“The sustainability of Italian public finances is in jeopardy. The euro crisis will therefore return shortly with a vengeance.”

#17 Things have gotten so bad in Greece that the Greek government plans to sell off 28 state-owned buildings – including the main police headquarters in Athens.

One of the few politicians in Europe that actually understands what is happening in Europe is Nigel Farage.  A video of one of his recent rants is posted below.  Farage believes that “the Eurozone has been a complete economic disaster” and that the worst is yet to come…

Most people believe that the eurozone has been “saved”, but that is not even close to the truth.

In fact, it becomes more likely that we will see the eurozone break up with each passing day.

So who would leave first?

Well, recently there have been rumblings among some German politicians that Greece should be the first to leave.  The following is from a recent Reuters article…

Greece remains the biggest risk for the euro zone despite a calming of its economic and political crisis and may still have to leave the common currency, a senior conservative ally of German Chancellor Angela Merkel said.

But there is also a chance that Germany could eventually be the first nation that decides to leave the euro.  In fact, a new political party is forming in Germany that is committed to getting Germany out of the euro.  The following is a brief excerpt from a recent article by Ambrose Evans-Pritchard…

A new party led by economists, jurists, and Christian Democrat rebels will kick off this week, calling for the break-up of monetary union before it can do any more damage.

“An end to this euro,” is the first line on the webpage of Alternative für Deutschland (AfD). “The introduction of the euro has proved to be a fatal mistake, that threatens the welfare of us all. The old parties are used up. They stubbornly refuse to admit their mistakes.”

They propose German withdrawl from EMU and return to the D-Mark, or a breakaway currency with the Dutch, Austrians, Finns, and like-minded nations. The French are not among them. The borders run along the ancient line of cleavage dividing Latins from Germanic tribes.

However this all plays out, the reality is that things are about to get much more interesting in Europe.

No debt bubble lasts forever.  The Europeans are finding that out right now, and the U.S. won’t be too far behind.

But for the moment, most Americans assume that everything is going to be okay because the Dow keeps setting new all-time record highs.

Well, enjoy this little bubble of debt-fueled false prosperity while you can, because it won’t last for long.

A massive wake up call is coming, and it will be exceedingly painful for those that are not ready for it. 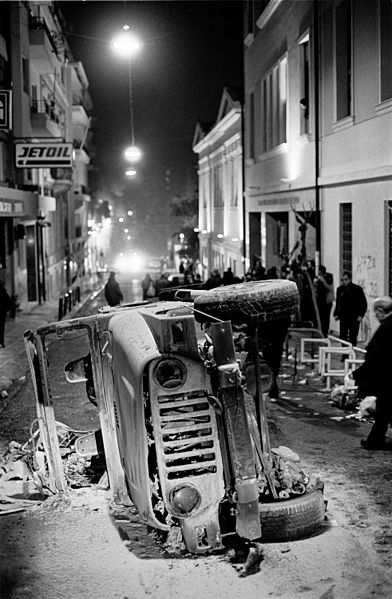