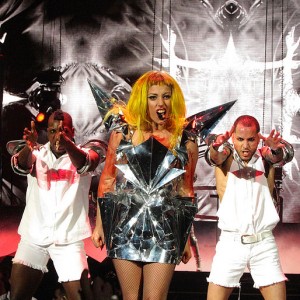 Would you like to know what America’s young people are actually learning while they are away at college?  It isn’t pretty.  Yes, there are some very highly technical fields where students are being taught some very important skills, but for the most part U.S. college students are learning very little that they will actually use out in the real world when they graduate.  Some of the college courses listed below are funny, others are truly bizarre, others are just plain outrageous, but all of them are a waste of money.  If we are going to continue to have a system where we insist that our young people invest several years of their lives and tens of thousands of dollars getting a “college education”, they might as well be learning some useful skills in the process.  This is especially true considering how much student loan debt many of our young people are piling up.  Sadly, the truth is that right now college education in the United States is a total joke.  I know – I spent eight years in the system.  Most college courses are so easy that they could be passed by the family dog, and many of these courses “study” some of the most absurd things imaginable.

Listed below are 20 completely ridiculous college courses being offered at U.S. universities.  The description following each course title either comes directly from the official course description or from a news story about the course…

1. “What If Harry Potter Is Real?” (Appalachian State University) – This course will engage students with questions about the very nature of history. Who decides what history is? Who decides how it is used or mis-used? How does this use or misuse affect us? How can the historical imagination inform literature and fantasy? How can fantasy reshape how we look at history? The Harry Potter novels and films are fertile ground for exploring all of these deeper questions. By looking at the actual geography of the novels, real and imagined historical events portrayed in the novels, the reactions of scholars in all the social sciences to the novels, and the world-wide frenzy inspired by them, students will examine issues of race, class, gender, time, place, the uses of space and movement, the role of multiculturalism in history as well as how to read a novel and how to read scholarly essays to get the most out of them.

2. “God, Sex, Chocolate: Desire and the Spiritual Path” (UC San Diego) – Who shapes our desire? Who suffers for it? Do we control our desire or does desire control us? When we yield to desire, do we become more fully ourselves or must we deny it to find an authentic identity beneath? How have religious & philosophical approaches dealt with the problem of desire?

5. “Philosophy And Star Trek” (Georgetown) – Star Trek is very philosophical. What better way, then, to learn philosophy, than to watch Star Trek, read philosophy, and hash it all out in class? That’s the plan. This course is basically an introduction to certain topics in metaphysics and epistemology philosophy, centered around major philosophical questions that come up again and again in Star Trek. In conjunction with watching Star Trek, we will read excerpts from the writings of great philosophers, extract key concepts and arguments and then analyze those arguments.

6. “Invented Languages: Klingon and Beyond” (The University Of Texas) – Why would anyone want to learn Klingon?

7. “The Science Of Superheroes” (UC Irvine) – Have you ever wondered if Superman could really bend steel bars? Would a “gamma ray” accident turn you into the Hulk? What is a “spidey-sense”? And just who did think of all these superheroes and their powers? In this seminar, we discuss the science (or lack of science) behind many of the most famous superheroes. Even more amazing, we will discuss what kind of superheroes might be imagined using our current scientific understanding.

8. “Learning From YouTube” (Pitzer College) – About 35 students meet in a classroom but work mostly online, where they view YouTube content and post their comments.  Class lessons also are posted and students are encouraged to post videos. One class member, for instance, posted a 1:36-minute video of himself juggling.

9. “Arguing with Judge Judy” (UC Berkeley) – TV “Judge” shows have become extremely popular in the last 3-5 years. A fascinating aspect of these shows from a rhetorical point of view is the number of arguments made by the litigants that are utterly illogical, or perversions of standard logic, and yet are used over and over again. For example, when asked “Did you hit the plaintiff?” respondents often say, “If I woulda hit him, he’d be dead!” This reply avoids answering “yes” or “no” by presenting a perverted form of the logical strategy called “a fortiori” argument [“from the stronger”] in Latin. The seminar will be concerned with identifying such apparently popular logical fallacies on “Judge Judy” and “The People’s Court” and discussing why such strategies are so widespread. It is NOT a course about law or “legal reasoning.” Students who are interested in logic, argument, TV, and American popular culture will probably be interested in this course. I emphasize that it is NOT about the application of law or the operations of the court system in general.

10. “Elvis As Anthology” (The University Of Iowa) – The class, “Elvis as Anthology,” focuses on Presley’s relationship to African American history, social change, and aesthetics. It focuses not just on Elvis, but on other artists who inspired him and whom he inspired.

11. “The Feminist Critique Of Christianity” (The University Of Pennsylvania) – An overview of the past decades of feminist scholarship about Christian and post-Christian historians and theologians who offer a feminist perspective on traditional Christian theology and practice. This course is a critical overview of this material, presented with a summary of Christian biblical studies, history and theology, and with a special interest in constructive attempts at creating a spiritual tradition with women’s experience at the center.

12. “Zombies In Popular Media” (Columbia College) – This course explores the history, significance, and representation of the zombie as a figure in horror and fantasy texts. Instruction follows an intense schedule, using critical theory and source media (literature, comics, and films) to spur discussion and exploration of the figure’s many incarnations. Daily assignments focus on reflection and commentary, while final projects foster thoughtful connections between student disciplines and the figure of the zombie.

13. “Far Side Entomology” (Oregon State) – For the last 20 years, a scientist at Oregon State University has used Gary Larson’s cartoons as a teaching tool. The result has been a generation of students learning — and laughing — about insects.

14. “Interrogating Gender: Centuries of Dramatic Cross-Dressing” (Swarthmore) – Do clothes make the man? Or the woman? Do men make better women? Or women better men? Is gender a costume we put on and take off? Are we really all always in drag? Does gender-bending lead to transcendence or chaos? These questions and their ramifications for liminalities of race, nationality and sexuality will be our focus in a course that examines dramatic works from The Bacchae to M. Butterfly.

15. “Oh, Look, a Chicken!” Embracing Distraction as a Way of Knowing (Belmont University) – Students must write papers using their personal research on the five senses. Entsminger reads aloud illustrated books The Simple People and Toby’s Toe to teach lessons about what to value by being alive. Students listen to music while doodling in class. Another project requires students to put themselves in situations where they will be distracted and write a reflection tracking how they got back to their original intent.

16. “The Textual Appeal of Tupac Shakur” (University of Washington) – The UW is not the first college with a class dedicated to Shakur — classes on the rapper have been offered at the University of California Berkeley and Harvard — but it is the first to relate Shakur’s work to literature.

18. “Sport For The Spectator” (The Ohio State University) – Develop an appreciation of sport as a spectacle, social event, recreational pursuit, business, and entertainment. Develop the ability to identify issues that affect the sport and spectator behavior.

19. “Getting Dressed” (Princeton) – Jenna Weissman Joselit looks over the roomful of freshmen in front of her and asks them to perform a warm-up exercise: Chart the major moments of your lives through clothes. “If you pop open your closet, can you recall your lives?” she posits on the first day of the freshman seminar “Getting Dressed.”

20. “How To Watch Television” (Montclair) – This course, open to both broadcasting majors and non-majors, is about analyzing television in the ways and to the extent to which it needs to be understood by its audience. The aim is for students to critically evaluate the role and impact of television in their lives as well as in the life of the culture. The means to achieve this aim is an approach that combines media theory and criticism with media education.

Are you starting to understand why our college graduates can’t function effectively when they graduate and go out into the real world?

All of this would be completely hilarious if not for the fact that we have millions of young people going into enormous amounts of debt to pay to go to these colleges.

In America today, college education has become a giant money making scam.  We have a system that absolutely throws money at our young people, but we never warn them about the consequences of all of these loans.  The following is an excerpt from an email that one reader sent me recently about the student loan industry…

For example, one woman told me that her and her husband sat down and thought of every possible expense they could when they were applying for parent/student loan for their daughter. When the approval came back, they were approved for 7k more than they asked for…how about ****! Of course at 7%, why not! Funny thing is they kept the 7k, because she’s in wealth management and said she could “easily” get more than 7% in the stock market……awesome! I have another example of a younger friend of mine who graduated law school from Vanderbilt with 210k in student loans. I asked if tuition was that much there. She said kind of, but they kept offering more than the actual tuition, so she took it and used it for a better lifestyle. Now 20% of her income goes to pay those loans, and it’s still not enough to touch one dollar of the principal…so all she is doing is paying interest, and building on principal…like a revers amortizing mortgage. To make it worse, she was able to save 25k, so she is going to buy a house somehow. Having explained to her that the best investment in the world is to pay off a high interest loan, she said I’m tired of waiting to have a life.

In a recent article entitled “The Student Loan Delinquency Rate In The United States Has Hit A Brand New Record High” I detailed how nightmarish our student loan debt bubble is becoming.  According to the Federal Reserve, the total amount of student loan debt has risen by 275 percent since 2003, and it just continues to soar.

A college education can be a wonderful thing, but right now we have got a system that is deeply, deeply broken.

So what do you think about our system of higher education?