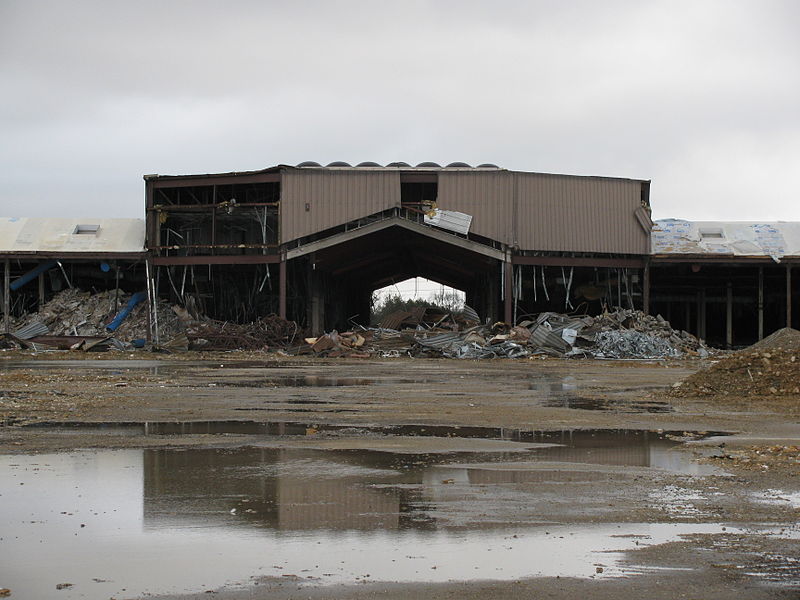 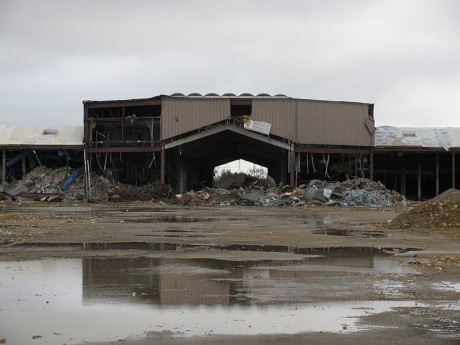 If you didn’t know better, you might be tempted to think that “Space Available” was the hottest new retail chain in the entire country.  As you will see below, it is being projected that about a third of all shopping malls in the United States will soon close, and we just recently learned that the number of “distressed retailers” is the highest that it has been since the last recession.  Honestly, I don’t know how anyone can possibly believe that the U.S. economy is in “good shape” after looking at the retail industry.  In my recent article about the ongoing “retail apocalypse“, I discussed the fact that Sears, J.C. Penney and Macy’s have all announced that they are closing dozens of stores in 2017, and you can find a pretty comprehensive list of 19 U.S. retailers that are “on the brink of bankruptcy” right here.  Needless to say, quite a bloodbath is going on out there right now.

About one-third of malls in the U.S. will shut their doors in the coming years, retail analyst Jan Kniffen told CNBC Thursday. His prediction comes in the wake of Macy’s reporting its worst consecutive same-store sales decline since the financial crisis.

Macy’s and its fellow retailers in American malls are challenged by an oversupply of retail space as customers migrate toward online shopping, as well as fast fashion retailers like H&M and off-price stores such as T.J. Maxx. As a result, about 400 of the country’s 1,100 enclosed malls will fail in the upcoming years. Of those that remain, he predicts that about 250 will thrive and the rest will continue to struggle.

Can you imagine what this country is going to look like if that actually happens?

Shopping malls all over the United States are literally becoming “ghost towns”, and many that have already closed have stayed empty for years and years.

The process usually starts when a shopping mall starts losing anchor stores.  That is why it is so alarming that Sears, J.C. Penney and Macy’s are planning to shut down so many locations in 2017.  According to one recent report, 310 shopping malls in America are in imminent danger of losing an anchor store…

Dozens of malls have closed in the last 10 years, and many more are at risk of shutting down as retailers like Macy’s, JCPenney, and Sears — also known as anchor stores — shutter hundreds of stores to staunch the bleeding from falling sales.

The commercial-real-estate firm CoStar estimates that nearly a quarter of malls in the US, or roughly 310 of the nation’s 1,300 shopping malls, are at high risk of losing an anchor store.

Once the anchor stores start going, traffic falls off dramatically for the other stores and they start leaving too.

Four years ago in “The Beginning Of The End” I warned that empty storefronts would soon litter the national landscape, and now that is precisely what is happening.

Now that the Christmas season is over, some retailers that have been around for decades have suddenly decided that it is time to file for bankruptcy.  Sadly, one of those retailers is HHGregg…

HHGregg Inc., the 61-year-old seller of appliances and electronics, is moving closer to Chapter 11 after announcing a store-closing plan, according to people with knowledge of the matter.

The filing may come as soon as next week, said the people, who asked not to be identified because the matter isn’t public. Bloomberg previously reported that HHGregg might file for bankruptcy in March if it couldn’t reach an out-of-court solution.

BCBG, the California-based fashion retailer that had acquired fashion design firm Herve Leger in 1998, and that once had more than 570 boutiques globally, including 175 in the US, and whose cocktail dresses and handbags were shown off by celebrities, filed for bankruptcy on Wednesday.

It is buckling under $459 million of debt. It has 4,800 employees. Layoffs have already started. More layoffs and other cost cuts are planned, according to court documents, cited by Bloomberg. It started closing 120 of its stores in January. It wants to sell itself at a court-supervised auction. If that fails, it wants to negotiate a debt-for-equity swap with junior lenders owed $289 million.

If the U.S. economy was actually doing as well as the stock market says that it should be doing, all of these retail chains would not be closing stores and going bankrupt.

But of course the truth is that the stock market has become completely disconnected from economic reality.

We live at a time when middle class consumers are tapped out.  According to one recent survey, 57 percent of all Americans do not even have enough money in the bank to write a $500 check for an unexpected expense.

And people are falling out of the middle class at a staggering pace.  The number of homeless people in New York City recently set a brand new record high, and city authorities plan to construct 90 new homeless shelters within the next five years.

On the west coast we are also seeing a dramatic rise in homelessness.  The following comes from an article by Dan Lyman…

Citizen journalists have captured stunning images and video of homeless encampments that are spiraling out of control in the shadows of Disneyland and Anaheim Stadium in California.

The tent city has recently sprung up along the Santa Ana riverbed, near a busy convergence of three major California highways known as the “Orange Crush,” at the border of Anaheim and Santa Ana, the latter a “sanctuary city.”

Homeless activists estimate that as many as 1,000 people are camped in the region.

Incredibly, the Federal Reserve is almost certainly going to raise interest rates at their next meeting even though the U.S. economy is faltering so badly.  That only makes sense if they are trying to make Donald Trump look as bad as possible.

Even though this giant bubble of false economic stability that we are currently enjoying has lasted far longer than it should have, the truth is that nothing has changed about the long-term economic outlook at all.

America is still heading for “economic Armageddon”, and the retail industry is a huge red flag that is warning us that our day of reckoning is approaching more rapidly than many had anticipated.