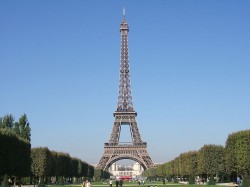 And so it begins.  The first major European bank bailout of 2011 has now happened.  French/Belgian banking giant Dexia has failed and both governments have pledged to participate in a rescue plan.  But Dexia will not be the last major European bank to fail.  Even now, governments all over Europe are feverishly developing plans to bail out major national banks in the event that the current financial crisis goes from bad to worse.  Instead of learning the lessons of 2008, most major European banks have continued to pile up huge mountains of debt, leverage and risk.  Now the bill for that stupidity is about to be passed on to the taxpayers of those nations.  But with most nations in Europe already drowning in debt, are bank bailouts really the right course of action?  What is it going to happen to Europe if dozens of major banks start failing and trillions of euros are needed to bail them all out?

Dexia is the first victim of the new credit crunch.  It got to the point where Dexia simply could not get access to the funding that it needed in the credit markets.

We are starting to see this all over Europe.  Nobody wants to loan much money to European banks right now because it is unclear what is going to happen next in Europe and it is uncertain which banks are stable and which are on the verge of collapse.

This is so similar to what happened back in 2008.

But Dexia is not going to be “the next Lehman Brothers” because the governments of France and Belgium are stepping in to save Dexia from collapse.

A recent article in the Financial Post described how the rescue of Dexia is likely to proceed….

Dexia will effectively be broken up, with the sale of healthier operations while toxic assets, including Greek and other peripheral euro zone government bonds, will be placed in a state-supported “bad bank.”

The details of the plan will be negotiated over the coming days, but authorities are making it clear that Dexia is not going to be allowed to collapse.  Bank of France Governor Christian Noyer is assuring everyone that Dexia is going to have access to plenty of liquidity….

“We will loan Dexia as much as it needs”

It appears that the “too big to fail” doctrine is alive and well in Europe.

Sadly, this is not the first time that Dexia has been bailed out.  France and Belgium also bailed out Dexia back in 2008.

But this was not supposed to happen.

It just shows how credible those “stress tests” really are.

It certainly looks that way.

An article in the Financial Post on Tuesday stated the following….

European finance ministers agreed on Tuesday to prepare action to safeguard their banks as doubts grew about whether a planned second bailout package for debt-laden Greece would go ahead.

Of course when they talk about the need “to safeguard their banks” they are talking about those that are deemed “too big to fail”.  Just like in the United States, banks that are “too small” don’t get bailed out at all.

But western governments are very protective of the big banks.  The big banks are allowed to take gigantic risks, and if they succeed they make tons of money and if they fail then the taxpayers bail them out.

Chancellor Angela Merkel’s government is preparing plans to shore up German banks in the event that Greece fails to meet the terms of its aid package and defaults, three coalition officials said.

As you read this, there are already signs of trouble at major German banks.  For example, Deutsche Bank has just announced that it is eliminating 500 more jobs.

The fundamental problems that Europe is facing are not being solved and the financial crisis is getting progressively worse.  With each passing day, more bad financial news comes pouring in.

A reduction of just one level is very serious business.  For Moody’s to hit Italy that hard is a really big deal.

If Italy goes down, it is going to be an absolute nightmare.  The Italian economy absolutely dwarfs the Greek economy.  The EU has been really struggling to bail out Greece, and there is no way in the world that they would be able to bail out Italy.

So if nations such as Italy or Spain start collapsing, will the U.S. Federal Reserve step in to help bail them out?

The sad truth is that the Federal Reserve can do pretty much whatever it wants and nobody can stop them.

As I wrote about the other day, the Federal Reserve has agreed to join with other major central banks to lend hundreds of billions of dollars to major European banks in October, November and December.

As the past few years have shown, wherever big, global banks are in trouble, the Federal Reserve is sure to step in and help.

And many big banks in Europe are definitely headed for trouble.  Right now, European banks are holding more than $4 trillion in European sovereign debt.

A lot of that debt is bad debt.  Today, troubled European nations Greece, Portugal, Ireland, Italy and Spain owe the rest of the world about 3 trillion euros combined.

That is a whole lot of debt out there, and many big banks are so leveraged that just a 5 percent reduction in the value of their holdings could wipe them out.

So what should we be watching next?

Well, Greece continues to be a huge problem.

On Monday, it was revealed that Greece is not going to hit the deficit reduction targets set for it by the “troika” either this year or next year.

European officials have been particularly displeased that Greece has been getting all of this aid money and yet has not been strictly adhering to the austerity measures that they agreed to.

However, the reality is that the austerity measures that Greece has actually bothered to implement have hit the Greek economy really hard.  The more Greece reduces government spending the more the Greek economy seems to slow down.

Greek Finance Minister Evangelos Venizelos recently announced that the Greek economy is projected to shrink by 5.3% in 2011, and Greek debt continues to spiral out of control.

Meanwhile, severe economic pain continues to spark huge protests all over Greece.  Scenes of riot police firing tear gas and protesters throwing stones at police have become so common in Greece that most of us don’t even pay much attention anymore.

But all of us should pay attention to what is happening in Greece.

Eventually these kinds of economic riots will spread throughout the rest of the western world as well.

And every day Greece just seems to get closer and closer to default.

But now major politicians all over Germany are declaring that Germany is done contributing money to the European bailout fund.

And without Germany, the rest of the eurozone is not going to be able to continue the bailouts.

So the clock is ticking.

Once the current bailout fund has dried up, the bailout game will be over.

What will happen then?

Will that be what sets off a massive financial collapse in Europe?

Could we actually see the end of the euro?

For a long time there was speculation that it would be weak nations such as Greece that would leave the euro.

But now it appears increasingly likely that if someone is going to leave the euro it might be Germany.

Most German citizens would be in favor of such a move.  One recent poll conducted for Stern magazine actually found that 54 percent of all Germans would favor leaving the euro.

But if Germany left the euro it would absolutely implode.  German economic strength is the primary thing holding the euro up at this point.

In any event, it is going to be very interesting to watch what will happen to Europe over the coming months.

Greece, Italy, Portugal and Spain are all steadily marching toward collapse.

Germany says that it is done bailing out other members of the eurozone.

Dozens of major European banks are teetering on the brink of disaster.

People get ready – a storm is coming.

Time is running out for Europe and there is no help in sight.