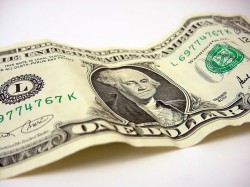 The mainstream media in the United States is almost totally ignoring one of the most important trends in global economics.  This trend is going to cause the value of the U.S. dollar to fall dramatically and it is going to cause the cost of living in the United States to go way up.  Right now, the U.S. dollar is the primary reserve currency of the world.  Even though that status has been chipped away at in recent years, U.S. dollars still make up more than 60 percent of all foreign currency reserves in the world.  Most international trade (including the buying and selling of oil) is conducted in U.S. dollars, and this gives the United States a tremendous economic advantage.  Since so much trade is done in dollars, there is a constant demand for more dollars all over the globe from countries that need them for trading purposes.  So the Federal Reserve is able to flood our financial system with dollars without it causing a tremendous amount of inflation because the rest of the world ends up soaking up a lot of those dollars.  But now that is changing.  China and Russia have been spearheading a movement to shift away from using the U.S. dollar in international trade.  At the moment, the shift is happening gradually, but at some point a tipping point will come (for example if Saudi Arabia were to declare that it will no longer take U.S. dollars for oil) and the entire global financial system is going to change.  When that tipping point comes the global demand for U.S. dollars is going to absolutely plummet and nightmarish inflation will come to the United States.  If such a scenario sounds far out to you, then you have not been paying attention.  In fact, China and Russia have been working very hard to move us toward exactly such a scenario.

They don’t like that the United States has a built-in advantage of having the reserve currency of the world, and over the past several years both countries have been busy making international agreements that seek to chip away at that advantage.

Just the other day, China and Germany agreed to start conducting an increasing amount of trade with each other in their own currencies.

You would think that a major currency agreement between the 2nd and 4th largest economies on the face of the planet would make headlines all over the United States.

Instead, the silence in the U.S. media was deafening.

At least there were some reports in the international media about this.  The following is from a Reuters article about this very important deal….

Germany and China plan to conduct an increasing amount of their trade in euros and yuan, the two nations said in a joint statement after talks between Chancellor Angela Merkel and Chinese Premier Wen Jiabao in Beijing on Thursday.

“Both sides intend to support financial institutions and companies of both countries in the use of the renminbi and euro in bilateral trade and investments,” said the text of the statement.

By itself, this deal would not be that alarming.

However, the truth is that both Russia and China have been making deals like this all over the globe in recent years.  I detailed 11 more major agreements like the one that China and Germany just made in this article: “11 International Agreements That Are Nails In The Coffin Of The Petrodollar“.

In that article I listed a few of the things that will likely happen when the petrodollar dies….

-Oil will cost a lot more.

-Everything will cost a lot more.

-There will be a lot less foreign demand for U.S. government debt.

-Interest rates on just about everything in the U.S. economy will rise.

So enjoy going to “the dollar store” while you can.

It will turn into the “five and ten dollar store” soon enough.

Okay, so if you are China and Russia and you are working hard to undermine the dollar, how do you get prepared for the fiat currency crisis that your hard work will eventually create?

You guessed it.  You hoard gold and other precious metals.

And that is exactly what China and Russia has been doing.

A recent MarketWatch article detailed the massive hoarding of gold that Russia has been doing….

I can’t imagine it means anything cheerful that Vladimir Putin, the Russian czar, is stockpiling gold as fast as he can get his hands on it.

According to the World Gold Council, Russia has more than doubled its gold reserves in the past five years. Putin has taken advantage of the financial crisis to build the world’s fifth-biggest gold pile in a handful of years, and is buying about half a billion dollars’ worth every month.

Of course Russia is not alone in hoarding gold.  According to Zero Hedge, China has quietly been importing gigantic mountains of gold….

In July, Chinese gold imports from HK, after two months of declines, have picked up once more and hit a 3-month high of 75.8 tons. While it is notable that this number is double the 38.1 tons imported a year prior, and that year-to-date imports are now a record 458.6 tons, well over four times greater than the seven month total in 2011 which was 103.9 tons, what is far more important is that in the first seven months of 2012 alone China has imported nearly as much gold as the total holdings of the hedge fund at the heart of the Eurozone, elsewhere known simply as the European Central Bank, and just as importantly considering the import run-rate has hardly slowed down in August, which data we will have in a few weeks, it is now safe to say that in 2012 alone China has imported more gold than the ECB’s entire official 502.1 tons of holdings.

And all over the world Chinese companies are buying up gold producers.  China National Gold Group Corporation has put in a $3.9 billion bid to buy African Barrick Gold PLC, but that is only one example.

A recent Fox Business article listed a bunch of other similar transactions that have taken place recently….

That deal gives it a foothold in the Australian market, the world’s second-largest source of gold output after China itself. In 2011, Zijin bought 60% of Kazakhstan-based miner Altynken, which has access to a gold mine in Kyrgyzstan.

Since 2008, Chinese companies have completed 10 US$20-million-plus acquisitions of Australian gold assets, worth a combined $1.6 billion, according to Dealogic. Half were initiated since last year.

You would have to be blind to not see what is happening.

Other big names have been hoarding gold as well.  In a previous article I detailed how George Soros, John Paulson and central banks all over the planet have been hungrily accumulating gold.

So what does all of this mean for the price of gold?

That’s right – it is likely to keep heading up.

In fact, Citi analyst Tom Fitzpatrick believes that the price of gold will likely hit $2500 within 6 months.

Sadly, most Americans have no idea just how incredibly vulnerable the U.S. dollar really is.

The following is an excerpt from a recent piece by investigative journalist Bob Woodward.  It shows just how worried our leaders are about a crash of U.S. Treasuries….

Another possible outcome, Geithner said, was perhaps worse. “Suppose we have an auction and no one shows up?”

The cascading impact would be unknowable. The world could decide to dump U.S. Treasuries. Prices would plummet, interest rates would skyrocket. The one pillar of stability, the United States, the rock in the global economy, could collapse.

What happens someday if the rest of the world decides to reject our currency and our debt?

Right now we are able to trade our dollars for the things that we “need” such as oil from the Middle East and cheap plastic consumer products from China.

At this point, Moody’s is threatening to cut the credit rating of the federal government if a deal is not reached soon to reduce our debt to GDP ratio.

And Moody’s is not the only one concerned about our exploding debt.

German Finance Minister Wolfgang Schaeuble recently stated that he believes that “there is great uncertainty about the course American politics will take in dealing the U.S. government’s debts, which are much too high”.

Just because the economy is relatively stable right now does not mean that it is always going to be that way.

If we keep debasing our currency like this, at some point the rest of the world is going to decide that China and Russia have been right all along and that we need a new global reserve currency.

That day is coming.  It might not come tomorrow or next week or next month but it is definitely coming.

Once the U.S. dollar loses reserve currency status, that will be a major turning point in the history of our country.  We will never fully recover from that, and we will never get back to the same level of prosperity that we are enjoying today.

So enjoy spending those dollars while you can.  The party is almost over. 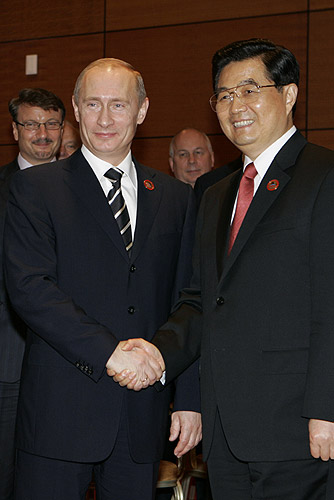