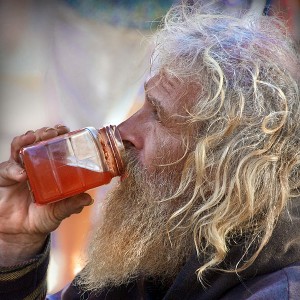 Have you ever given food to a homeless person?  Well, if you do it again in the future it might be a criminal act depending on where you live.  Right now, there are dozens of major U.S. cities that have already passed laws against feeding the homeless.  As you will read about below, in some areas of the country you can actually be fined hundreds of dollars for just trying to give food to a hungry person.  I know that sounds absolutely insane, but this is what America is turning into.  Communities all over the country are attempting to “clean up the streets” by making it virtually illegal to either be homeless or to help those that are homeless.  Instead of spending more money on programs to assist the homeless, local governments are bulldozing tent cities and giving homeless people one way bus tickets out of town.  We are treating some of the most vulnerable members of our society like human garbage, and it is a national disgrace.

What does it say about our country when we can’t even give a warm sandwich to a desperately hungry person that is sleeping on the streets?  A retired couple down in Florida named Debbie and Chico Jimenez wanted to do something positive for their community during their retirement years, so they started feeding the homeless in Daytona Beach.  But recently the police decided to crack down on their feeding program and slapped everyone involved with a $373 fine…

For the past year, the Jimenezes have set up shop every Wednesday on Manatee Island in Daytona Beach, Fla., where they feed hot dogs, chicken, pasta salad and other BBQ staples to about 100 homeless people, WFTV reported. Handing out meals is just one aspect of the ministry the two founded, Spreading the Word Without Saying a Word, to help people living in poverty.

But on Wednesday, the Jimenezes said that without warning, they and four other volunteers were accosted by police, fined and told that they could be thrown in jail if they continue their program, according to NBC News.

“We’re going to court,” Debbie Jimenez, 52, a former auto parts store manager, told NBC News. “The police don’t like it. But how can we turn our backs on the hungry? We can’t.”

Don’t the police down in Daytona Beach have something better to do with their time?

Sadly, more than 50 major cities have passed laws against feeding the homeless at this point.  It appears that “cleaning up the streets” has become a big point of emphasis all over the nation.

And what the city of Camden, New Jersey just did is even worse than what happened in Daytona Beach.

Hazmat teams showed up at the camps in the early morning to search for syringes. A drug-sniffing dog followed a police officer around the area. And bulldozers tossed trash and discarded belongings into dumpsters before razing the premises.

Over the past few weeks, flyers had warned people in the tent cities that this was going to happen. Yet it still seemed surreal to many of them that their communities were about to be demolished for good.

But for most of the people that were living in that tent city, there is no place else for them to go.  The homeless shelters in the area are at max capacity, and so many of them will end up sleeping in the streets without any shelter at all…

Aaron Howe, the “mayor” of a tent city that had 12 tents the night before eviction day, said he had called every shelter in town and not a single place had room for him and his girlfriend.

“There’s no available spots, and the city is saying if we pitch a tent somewhere else they’re gonna rip it down,” he said. “It’s not gonna look good when there’s a bunch of homeless on the streets.”

Camden has got to be one of the most mismanaged communities in the entire country.  Why is Camden spending time and money bulldozing homeless communities when it has so many other problems?  For much more on the nightmare that Camden has become, please see my previous article entitled “Camden, New Jersey: One Of Hundreds Of U.S. Cities That Are Turning Into Rotting, Decaying Hellholes“.

Other big cities that are a little bit more “progressive” are attempting to get rid of their homeless populations by giving them one way tickets out of town.  Some of the major cities that are doing this include San Diego and San Francisco…

As shocking as everything that you just read is, what one lawmaker out in Hawaii is doing tops it all.  In a previous article, I described how a state representative named Tom Brower has actually been using a sledgehammer to destroy shopping carts used by homeless people.  Just check out the following short excerpt from an RT article that was published a few months ago…

Is this how our society is going to treat those that are down on their luck from now on?

Where is the love?

Where is the compassion?

Why can’t we seem to be able to take care of these people?

The federal government sure seems to have plenty of money to waste on other things.  For example, it is being reported that workers at an Obamacare processing facility in Missouri are being paid to do nothing but stare at their computers…

Employees at an ObamaCare processing center in Missouri with a contract worth $1.2 billion are reportedly getting paid to do nothing but sit at their computers.

“Their goals are set to process two applications per month and some people are not even able to do that,” a whistleblower told KMOV-TV, referring to employees hired to process paper applications for ObamaCare enrollees.

The facility in Wentzville is operated by Serco, a company owned by a British firm that was awarded $1.2 billion in part to hire 1,500 workers to handle paper applications for coverage under the law, according to The Washington Post.

The whistleblower employee told the station that weeks can pass without data entry workers receiving even a single application to process. Employees reportedly spend their days staring at their computers, according to a KMOX-TV report.

So we have millions upon millions of dollars to waste on that, but we can’t take care of our homeless population?

And without a doubt, the need to help the homeless is greater than it ever has been before.  Right now, there are 1.2 million public school students in America that are homeless.  That number is an all-time record, and it has grown by 72 percent since the start of the last recession.

In addition, there are 49 million Americans that are dealing with food insecurity.  Even in the midst of this so-called “economic recovery“, poverty is absolutely exploding.

And it is going to get a whole lot worse.  This is only just the beginning.

What is going to be needed in the years ahead is a tremendous amount of love and compassion.

But instead, it appears that hearts are becoming colder in America with each passing day.

So what do you think the solution is?  Please share your thoughts by posting a comment below…