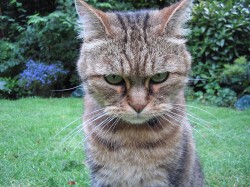 Today America is very, very frustrated.  In fact, we probably have not seen this level of anger in the country since World War 2 ended.  So why are so many Americans so frustrated and so angry right now?  Well, for most Americans it comes down to the economy.  Very few things are more frustrating than not being able to find a job that will enable you to pay the mortgage and feed your family.  Middle class Americans that do have a little bit of money are digging into their savings and investments at a staggering rate as they desperately try to keep their heads above water.  Millions of other families that do not have a “safety cushion” are on the verge of losing their homes or have already been callously tossed out onto the streets by big, greedy banks.  Meanwhile, our politicians continue to burden us with increasingly larger amounts of government debt and they stand idly by as our jobs and our industries are shipped overseas.  So even though the mainstream media seems absolutely puzzled by the growing anger in America, the truth is that it is not a great mystery.  The economy is an absolute nightmare, and if it gets even worse people are going to become even more angry.

The mainstream media and our top politicians are running around proclaiming that the economy has turned around, and yet all of the important long-term economic numbers continue to get worse.  Do they think that the American people are stupid?

Perhaps they are just trying to be “optimistic” and are trying to get us all to “believe” in the economic recovery.

Well, while it certainly does not hurt to “stay positive” and to “have faith” when there is some basis in reality for doing so, but what the mainstream media is asking us all to do is to stick our heads in the sand and to pretend that all of our horrific economic problems are not even there.

Until we recognize exactly what our problems are and how bad they have gotten we will never be able to come up with the appropriate solutions.

Our economy does not just need a “tweak” or two.  Our economy is a total nightmare at this point.

The following are 20 things about our nightmare of an economy that you will not want to read if you do not want to become very, very angry….

#2 15 billion dollars: the total amount of compensation that Goldman Sachs paid out to its employees for 2010.

#3 The number of American families that were booted out of their homes and into the streets set a new all-time record in 2010.

#4 Dozens of packages that we buy in the supermarket have been reduced in size by up to 20%.  For example, there are now 2 less slices of cheese in a typical package of Kraft American cheese, and there is now 9 percent less toilet paper in a typical package of Scott toilet paper.  So now, you may think that you are paying the same amount for these items that you always have, but the truth is that you have been hit with a large price increase.

#6 In America today, the wealthiest 20% own a whopping 93% of all the “financial assets” in the United States.

#7 Only 35 percent of Americans now have enough “emergency savings” to be able to cover three months of living expenses.

#8 47 percent of all Americans now believe that China is the number one economic power in the world.

#10 According to former U.S. Labor Secretary Robert Reich, the wealthiest 0.1% of all Americans make as much money as the poorest 120 million.

#11 U.S. housing prices have now fallen further during this economic downturn than they did during the Great Depression of the 1930s.

#12 According to some very disturbing new research, 45 percent of U.S. college students exhibit “no significant gains in learning” after two years in college.

#13 Americans now owe more than $884 billion on student loans, which is a new all-time record.

#14 The United Nations says that the global price of food hit an all-time record high in December, and the price of oil is surging towards $100 a barrel, but the U.S. government continues to insist that we barely have any inflation at all.

#17 Dozens of U.S. states are either implementing tax increases in 2011 or are considering proposals to raise taxes.

#18 The United States has had a negative trade deficit every single year since 1976.

#19 The U.S. national debt has crossed the $14 trillion mark for the first time, and at some point during 2011 it will cross the $15 trillion mark.

#20 What the U.S. economy really needs is for the government to get off all of our backs, but instead they continue to tighten their grip on us.  In fact, the Obama administration is proposing a “universal Internet ID” that would watch, track, monitor and potentially control everything that you do on the Internet.