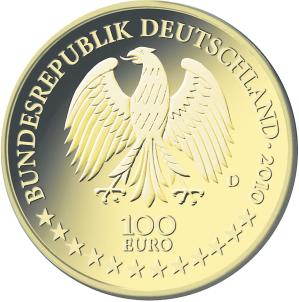 For a long time, most analysts have believed that if someone was going to leave the euro, it would be a weak nation such as Greece or Portugal.  But the truth is that financially troubled nations such as Greece and Portugal don’t want to leave the euro.  The leaders of those nations understand that if they leave the euro their economies will totally collapse and nobody will be there to bail them out.  And at this point there really is not a formal mechanism which would enable other members of the eurozone to kick financially troubled nations such as Greece or Portugal out of the euro.  But there is one possibility that is becoming increasingly likely that could actually cause the break up of the euro.  Germany could leave the euro.  Yes, it might actually happen.  Germany is faced with a very difficult problem right now.  It is looking at a future where it will be essentially forced to bail out most of the rest of the nations in the eurozone for many years to come, and those bailouts will be extremely expensive.  Meanwhile, the mood in much of the rest of Europe is becoming decidedly anti-German.  In Greece, Angela Merkel and the German government are being openly portrayed as Nazis.  Financially troubled nations such as Greece want German bailout money, but they are getting sick and tired of the requirements that Germany is imposing upon them in order to get that money.  Increasingly, other nations in Europe are simply ignoring what Germany is asking them to do or are openly defying Germany.  In the end, Germany will need to decide whether it is worth it to continue to pour billions upon billions of euros into countries that don’t appreciate it and that are not doing what Germany has asked them to do.

German Chancellor Angela Merkel’s Christian Democratic Union party recently approved a resolution that would allow a country to leave the euro without leaving the European Union.

Many thought that the resolution was aimed at countries like Greece or Portugal, but the truth is that this resolution may be setting the stage for a German exit from the euro.

So was that paragraph written for Greece?

Or was it written for Germany?

That is a very interesting question.

What is clear is that the status quo cannot last much longer.

Voters in Germany are definitely not in the mood to give any more bailout money to other nations in Europe, but if Germany is going to continue to stay in the eurozone many more bailouts will be required in the coming years.

Meanwhile, Germany is rapidly losing control over the rest of the eurozone….

*The upcoming election in France could be absolutely crucial.  Nicolas Sarkozy is not doing well in the polls and the new French government could totally wreck the recent fiscal agreement that the members of the eurozone recently agreed to.

The following is how Graham Summers recently summarized the current situation in France….

We should also take Schäuble’s statements in the context of Angela Merkel’s recent backing of Nicolas Sarkozy’s re-election campaign in France against hardened socialist François Hollande, who wants to engage in a rampant socialist mission to lower France’s retirement age, cut tax breaks to the wealthy, and break the recent new EU fiscal requirements Germany convinced 17 members of the EU to agree to.

Obviously Germany has been trying very hard to keep the eurozone together.  But the German government also believes that if it is going to be bailing everyone out that it should also be able to set the rules.

So what happens if the rest of Europe tells Germany to stick their rules where the sun doesn’t shine?

Well, Germany would be forced to make a very difficult decision, and Germany appears to making plans for that eventuality.

For example, Germany recently reinstated its Special Financial Market Stabilization Funds.  This money would be used to bail out German banks in the event of a break up of the euro.  The following is from a recent article by Graham Summers….

If the rest of Europe continues to defy Germany, then at some point Germany may decide to simply pick up the ball and go home.

Germany is the strongest economy in the eurozone by far, and if Germany were to pull out the euro would absolutely collapse.  Whatever currency Germany decided to issue would be extremely valuable.  Such an event would actually have some tremendous side benefits for Germany.

Right now, the German national debt is denominated in euros.

If Germany left the euro, the value of euros would plummet and would likely keep declining as the rest of the eurozone fell apart financially and Germany would be able to pay back its debt in rapidly appreciating “marks” or whatever other currency it decided to issue.

Yes, Germany would likely have to bail out German banks if it left the euro, but leaving the euro could also prove to be a tremendous windfall for Germany.

If Germany chooses to say in the euro, it is going to be faced with extremely expensive bailouts of other countries for as far as the eye can see.

The following is from a New York Times article….

If Germany leaves the euro, that does not mean that the dream of a single currency is dead.  Germany could just let the rest of the eurozone collapse and then invite them to join the new German currency eventually after all the carnage is over.

At some point Germany may actually decide to walk, and there are lots of whispers that Germany has been steadily preparing for that day.

For example, there are persistent rumors that Germany has ordered printing plates for the printing of new German marks.  Philippa Malmgren, a former economic adviser to President George W. Bush, says that she believes that this is already happening….

“I think they have already got the printing machines going and are bringing out the old deutschmarks they have left over from when the euro was introduced.”

Increasingly, it really is looking as if Germany is actually preparing to leave the euro.

If Germany did leave the euro, the consequences for the rest of Europe would be catastrophic.

The euro would rapidly drop to all-time lows.

The global financial system would be thrown in chaos.

Countries such as Greece would lose their major source of bailout money and would be forced to default.

The recession in Europe would likely deepen into a devastating economic depression.

So there would be a lot of downside.

Keep a close eye on the upcoming European elections and the evolving political situation in Europe.

If things don’t go well for Germany, at some point Germany may just get fed up and walk away from the euro. 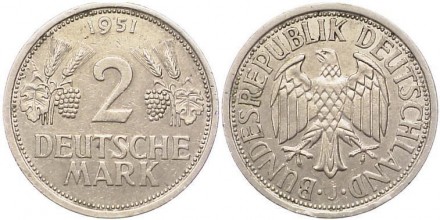