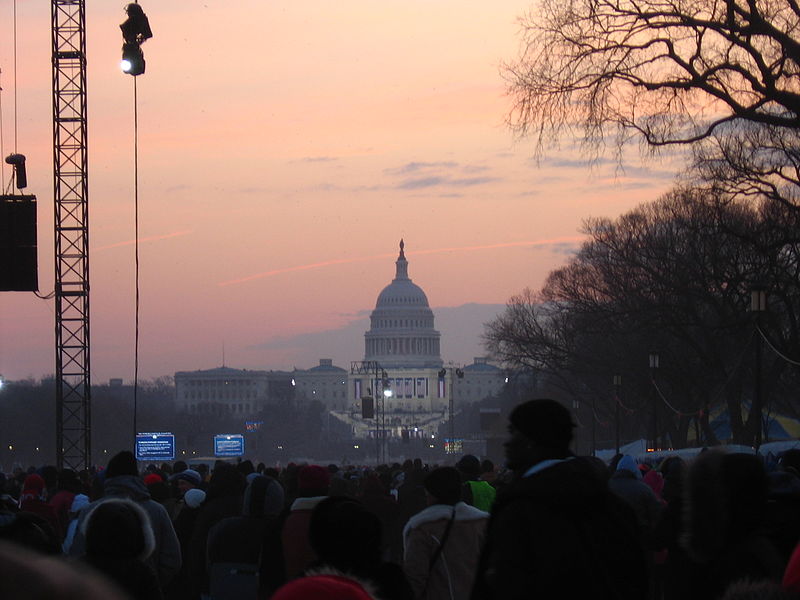 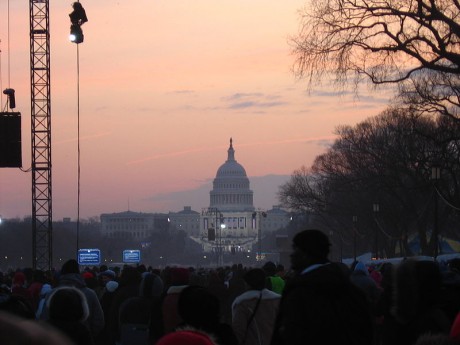 Over the past couple of months, the radical left has been endlessly hyping the protests against Donald Trump on January 20th and January 21st.  We have been told that half the population absolutely hates Donald Trump and that Washington D.C. will be filled with angry protesters that are ready to take their country back.  So where are they?  The radical left tends to talk a good game, but when it comes time for action they often come up way short.  At this point, it appears that the much-hyped “war in the streets” that they were promising is going to be a giant dud.

Reports from those on the scene in D.C. indicate that there are very few protesters running around.  Yes, a few hundred LGBT activists danced in front of Mike Pence’s home on Wednesday night.  And yes, police fired pepper spray at protesters at one point on Thursday night…

Police and anti-Donald Trump protesters are clashing in a rally that began outside the Trump International Hotel in Washington D.C.

The protest started at the hotel, and then marched through D.C. to the National Press Club several blocks away. Once there … pepper spray was fired into the crowd, and protesters started trying to break through police lines.

One protester got a little bloody during the pepper spray incident, but so far that has been it.

So where are the “Ferguson-style protests” that we were promised?

Of course the truth is that these radical leftists never stood much of a chance in the first place.  Law enforcement authorities have been watching them like a hawk, and the heart of Washington D.C. has been turned into a “fortress” for the inaugural festivities.

According to Reuters, permits have been granted for at least 30 anti-Trump rallies in D.C., but so far it appears that the “army of protesters” that many were dreaming of has failed to materialize.

And the authorities in D.C. appear quite ready to handle whatever is thrown their way.  Numerous media reports today used the term “fortress” to describe the level of security immediately surrounding the U.S. Capitol…

About 28,000 security personnel, miles of fencing, roadblocks, street barricades and dump trucks laden with sand are part of the security cordon around 3 square miles (almost 8 square km) of central Washington.

But even at this late hour, the mainstream media continues to hype the possibility of chaos and violence.  For example, the National Press Photographers Association is warning of Ferguson-style rioting on Friday…

The National Press Photographers Association has issued guidelines to journalists that virtually mirror those sent out during the Ferguson riots in 2014.

Reporters are advised to “maintain situational awareness” and have “an exit plan in case the situation becomes hostile”.

The group also emphasizes that journalists should “move toward the nearest police officer under the assumption that they could protect you from hostile or violent protesters.”

Other mainstream media outlets have been openly discussing the possibility of some sort of catastrophic terror attack during the Inauguration.  If you can believe it, the Today Show actually spent time talking about the possibility that a drone bombing could happen while Trump is being inaugurated…

The media is raising concerns about a drone bombing at the 58th Presidential Inauguration on Friday.

On Thursday’s “Today” show, a report indicated that U.S. Secret Service has put in place several anti-drone efforts out of concern that an I-inspired “flying IED” will smash into the crowd, or worse.

The report quoted an official from DroneShield, a drone countermeasure firm, saying that the Inauguration “is not something I would feel safe at.”

Did you ever hear these sorts of reports just prior to Obama’s inaugurations?

It is almost as if some in the mainstream media are actually trying to incite violence.  For instance, CNN is being loudly criticized for running a Wolf Blitzer report that suggested that someone from the Obama administration could become president if Donald Trump and Mike Pence were both “wiped out” at the Inauguration.  The following comes from Breitbart…

Blitzer introduced the segment, saying, “What if an incoming president and his immediate successors were wiped out on day one?” and from there, CNN contributor Brian Todd took over to outline the line of succession if an attack blew up the inaugural dais, killing both Trump and Pence.

The upshot was that in the case of both heads of state being killed, the Secretary of State would take over. Currently that man is Secretary of State John Kerry, But in case some objected because his office would also end as of noon on Inauguration Day, then it would be the Speaker of the House — Republican Paul Ryan — or even Obama’s Under Secretary for Political Affairs Tom Shannon.

Why talk about such a thing?

By airing this on national television just before the Inauguration, CNN is potentially giving sick and twisted people ideas that they would not have otherwise considered.  If you have not seen this deeply disturbing report yet, you can view it on YouTube right here…

And the international media is openly talking about the possibility of something happening to Trump as well.  The following example comes from Egypt…

“The really scary confrontation will come after Trump launches a campaign to purge the U.S. government ministries, including the Department of Defense, [i.e.,] the Pentagon, [and to eliminate] the gangs that hide within the intelligence and security agencies that are the hub of global conspiracies, in order to remove Democrats and replace them with Republicans he trusts,” writes Hani ‘Asl, a columnist for the Egyptian government daily Al-Ahram.

“In these [circles] there may be someone who will try to eliminate the problem [called Trump] with a single bullet in order to protect their interests and gladden Obama and Hillary, [perhaps] even under the slogan of defending democracy and the U.S.”

Without a doubt, there are many among the elite that absolutely hate Trump.  So let us pray for his safety and for the safety of everyone that will be attending the Inauguration.

January 20th is the start of a new day for America, and it should be a time of great celebration for the entire country.  Unfortunately, there are some people out there that would very much like to rain on our parade, and let us hope that all of their efforts are completely foiled.