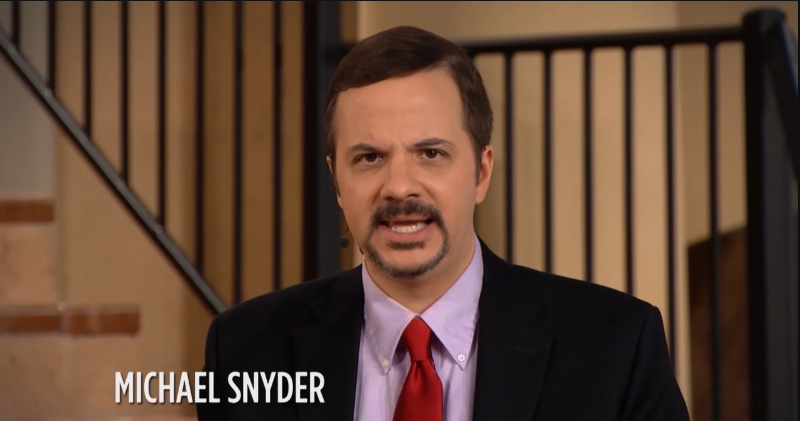 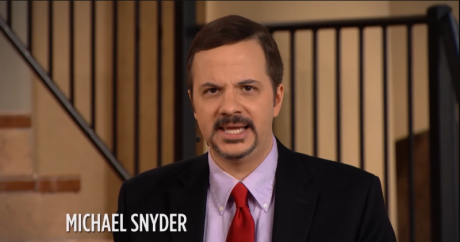 Somebody really needs to be fact checking the so-called “fact checkers”.  A few days ago, I published an article in which I stated that “some have suggested that we need to add a ‘category 6’ to describe the kind of ‘super storms’ that are now developing in the Atlantic”.  That article ended up going megaviral on Facebook, and there has been a tremendous backlash from the mainstream media.  By their reaction, you would have thought that I just committed some very serious form of blasphemy, but the truth is that scientists have been talking about adding a “category 6” for more than a decade.  Nothing that I said should have been controversial.  In fact, if this had come from a liberal source the mainstream media would probably be gushing about how this is more evidence for their “global warming” narrative.  But because I am a Republican and I am running for Congress, they had to attack me.

The source that the Washington Post and other mainstream media sources are quoting in their hit pieces is Snopes.  Of course Snopes is well known to be a mouthpiece for the left, and just about everything on their site lines up with the progressive agenda of the radical left.  So it is no surprise that they would attack a Republican candidate for Congress…

The idea that Irma is a Category 6 storm seems to have originated with a a blog post that implied that a new category, Category 6, would be created for Irma. While the post does not state this directly, its headline reads “Category 6? If Hurricane Irma Becomes The Strongest Hurricane In History, It Could Wipe Entire Cities Off The Map.” That story, written by end-time enthusiast and Republican candidate for Idaho’s first congressional district Michael Snyder, was first published on his blog “The Economic Collapse” before being aggregated by other clickbait websites.

As I noted above, the idea that we need to start looking at adding a “category 6” to the Saffir-Simpson scale is not controversial at all.  It has been discussed very widely for well over a decade, and if you do a search on Google you will find many, many articles.  The following are just three examples…

ABC News – May 21, 2006: There is no official Category 6 for hurricanes, but scientists say they’re pondering whether there should be as evidence mounts that hurricanes around the world have sharply worsened over the past 30 years — and all but a handful of hurricane experts now agree this worsening bears the fingerprints of man-made global warming.

In fact, say scientists, there have already been hurricanes strong enough to qualify as Category 6s. They’d define those as having sustained winds over 175 or 180 mph. A couple told me they’d measured close to 200 mph on a few occasions.

Weather.com – July 28, 2016: The results showed that three vulnerable areas of the world are at risk for a “high-end” Category 5 tropical cyclone by the end of the 21st century due to the Earth’s changing climate: Tampa, Florida; Cairns, Australia; and the Persian Gulf.

These potential Category 6 hurricanes may be up to 14 times more likely by 2100, according to the study.

Scientific American – August 23, 2011: Atmospheric researchers tend to agree that tropical cyclones of unusual ferocity are coming this century, but the strange fact is that there is no consensus to date on the five-point scale used to classify the power of these anticipated storms. In what may sound like a page from the script of the rock-band spoof Spinal Tap with its reference to a beyond-loud electric guitar amplifier volume 11, there is actually talk of adding a sixth level to the current Saffir-Simpson hurricane scale, on which category 5 intensity means sustained winds higher than 155 miles per hour (250 kilometers per hour) for at least one minute, with no speed cap.

Without a doubt, after this storm is over the academic community will again start having these sorts of debates, and the mainstream media will once again report on them.

And if a “category 6” is ever created, it is very likely that Hurricane Irma will fit that classification.  The following is from the article that I posted yesterday…

I was criticized for suggesting that Irma could become so powerful that it could potentially be labeled a “category 6” storm if such a thing existed.  Well, now it has actually happened.  If you extrapolate the Saffir-Simpson scale, “category 6” would begin at 158 knots, which would be 181.8 miles per hour.  Since Irma has surpassed that mark, I believe that it is entirely reasonable if people want to refer to it as a “category 6” storm.

Hurricane Irma is not just another storm, and it would be useful to have a special designation for a storm that is so extraordinarily dangerous.  Wherever it makes landfall, it is going to wipe out virtually everything in its path…

Irma strengthened to a Category 5 hurricane Tuesday with winds up to 185 mph. The storm is most powerful ever recorded in the Atlantic Ocean. It’s so strong it is even showing up on scales for measuring earthquakes.

“No way to sugarcoat it. Irma is the type of tropical cyclone that wipes everything, including all vegetation, clean from small islands,” wrote Anthony Sagliani, the Meteorological Operations Manager at weather data firm Earth Networks.

And the National Hurricane Center is specifically warning that “a high percentage of framed homes will be destroyed” by a storm of this magnitude.

The National Hurricane Center reports dryly that when a Category 5 hurricane hits land, “a high percentage of framed homes will be destroyed,” adding power could be lost in some areas for “weeks and possibly months.”

So I stand by everything that I have written, and I demand a retraction and an apology from every mainstream news outlet that has slandered me.

Just because I am a Republican candidate for Congress does not mean that you can write things that are untrue.  At one time the mainstream media at least attempted to be objective, and there is a reason so many are now referring to them as “the fake news”.

It amazes me what passes for “journalism” these days.  These jackals jump on anything that even smells like it could be a “scandal” for a Republican, and they seem to have no regard for the truth whatsoever.