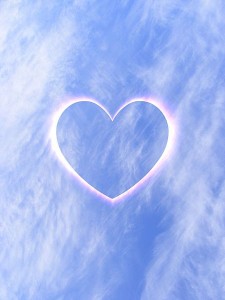 The economy is not the only thing that is wrong with America.  In order for a society to function smoothly, people need to be able to trust one another and be able to expect that most of their fellow citizens will behave in a somewhat civilized manner.  Unfortunately, we are starting to see the very fabric of our society slowly unravel all over the nation.  The truth is that America is becoming a very heartless place.  People simply do not care about one another the way that they used to in this country.  Of course there are many exceptions, but the reality is that millions of hearts are going cold from coast to coast.  In America today, we are more self-absorbed than ever, more self-centered than ever, and we are more isolated from others than ever.  Just think about the number of people that you personally interact with on a regular basis.  Unless you are involved with a very large organization such as a school or a church, it is probably a very limited number.  Our addiction to entertainment gives us the illusion of being connected to society, but the truth is that Americans spend less time personally interacting with one another than ever before.  Meanwhile, Americans are seemingly becoming more arrogant, more prideful, more angry, more brutal, more greedy and more addicted to pleasure than ever before.  When you combine millions of very cold hearts with an economy that is rapidly crumbling, that adds up to a whole lot of trouble in the years ahead.

Even government authorities are becoming heartless.  TSA agents and police officers are actually trained to “act tough” and to bark orders at us.  In the old days, you could reason with a police officer, but these days if you try to talk common sense with some of these thugs you will get tasered before you even realize what is happening.

The American people can see the deep corruption in Washington D.C. and throughout most of our other major institutions and they wonder why they should keep trying to do “the right thing”.

If our leaders are selfish and heartless, then it is only natural that millions of average Americans will follow their examples.

The following are 19 signs that America is becoming a very heartless place….

#1 At one airport in Hawaii, TSA agents recently required one new mother to go to a public restroom and fill up the empty baby bottles she was carrying with breast milk before they would allow her to get on to her flight.  The following is how one local news station described the incident….

#2 One way that a society is judged is by how it treats children.  Unfortunately, stories such as the following one from Texas are becoming increasingly common in America today….

Texas authorities said Tuesday they removed 11 children from a crowded home where a registered sex offender lives after they found eight confined in a small, dark bedroom with restraints tying some to their beds.

Along with the children, 10 adults were living in the one-story, 1,700-square-foot home in Dayton, about 30 miles northeast of Houston, Child Protective Services spokeswoman Gwen Carter said. One month after a raid on the house, authorities are still trying to determine how the children are related and why they were there, she said.

#3 Across the United States, there have been an increasing number of reports of teens randomly attacking people on the street for no apparent reason whatsoever.  In some cases, the victims are actually being pulled out of their vehicles.  The following recent example comes from Philadelphia….

IN A HORRIFIC assault in Center City on Saturday night, three teenagers who were spouting racial slurs pulled a man out of a cab to beat him. And when the cabdriver intervened to stop the assault, the teens turned their rage on him, police said yesterday.

#4 One man down in Arizona was recently charged with skinning and eating a cat.  He told authorities that he did it because he was “hungry”.

#5 In the Detroit area, an 86-year-old World War II veteran was recently brutally carjacked in the middle of the day at a gas station.  His leg was broken during the assault, and as he slowly crawled across the concrete parking lot many people walked by him and drove by him as if he was not even there.

#6 One 69-year-old woman down in Texas recently went without running water for six years and nobody ever helped her out until just recently.

#7 In Ohio, one man has been charged with raping three children that he adopted and with allowing other men to have sex with them as well.

#8 One man down in Texas was recently fined by the city government for not mowing the lawn of a house that he had already lost to foreclosure.

#9 These days thieves will steal anything that is metal that they think that they can resell.  In the Philadelphia area recently, there has been a rash of brass door knocker thefts.  Thieves have been going up and pulling them right off of the front doors of private homes.

#10 As the price of gasoline rises, gasoline thieves are becoming more creative.  The following is a recent example from the Tampa Bay area….

As gas thefts go, this one was deceptively elaborate.

Inside a blue Chevrolet Venture minivan, criminals had cut out a large hole in the floorboard and set up a portable pumping station, complete with power source, pump and plastic container.

The goal: to steal hundreds of gallons of gas pulled directly from the gas station’s underground storage tank and funneled into a plastic tank inside the van.

Gasoline thefts have become so common in Detroit that one city councilman wants to force gas station owners to hire security guards.

#11 One 29-year-old female tutor was recently arrested for having a sexual relationship with a 12-year-old boy that she was supposed to be tutoring.

#12 The ACLU is trying to force one library district in Washington state to allow full public access to pornography on library computers – even if children will be walking by and able to see what is going on.

#13 In America today, a lot of parents are becoming extremely cruel.  Down in Alabama, one 9-year-old girl recently died after being forced by her mother and grandmother to run for three hours straight as punishment for lying about having eaten some candy bars.

#14 Some Americans have become so desperate that they are trying to get sent to prison on purpose.  For example, one ex-police officer in Georgia recently robbed a bank and allowed authorities to catch him so that he could get food, shelter and free medical care in jail.

#15 What can account for the rash of seemingly random violent crimes that we have been seeing lately?  Over near Seattle, an 88-year-old man and an 83-year-old woman were brutally attacked by a 31-year-old man armed with a crossbow and a hatchet for no apparent reason whatsoever….

Prosecutors say 31-year-old John Chase was walking down the highway when he saw Ralph Aldrich, 88, in his back yard. Detectives say Chase shot and killed Aldrich with a crossbow and then went inside the home and repeatedly hit 83-year-old June Aldrich with a hatchet.

#16 In America today, many people are so angry and so frustrated that even the slightest provocation can push them over the edge.  For example, one man in Georgia actually firebombed a Taco Bell because they did not put enough meat in his Chalupa.

#17 These days Americans are having a hard time feeling safe in their own homes.  Down in Maryland, one very sick home invader was recently sentenced to 100 years in prison for doing some very twisted things….

In one case, authorities said, he sexually assaulted a 17-year-old girl after breaking into her family’s Fort Washington home with a cinder block and forced her to pose nude on a bed as he took photographs and videos of her.  Authorities said in another case, Scott and an accomplice, Marcus Dermanellian Hunter – who has already pleaded guilty to federal firearms charges – held up a Bowie family at gunpoint in April 2009, used their debit cards to steal money from ATM machines and then stole a luxury car.

#18 In America today you never know who is going to come driving up to you on the street.  Most of the time people that you meet will be at least somewhat “normal”, but there is also a chance that the next strangers that you run into will be crack-fueled perverts.  Unfortunately, that is exactly what happened to a Montana teacher named Sherry Arnold…

Spell and Waters had left Colorado days before the crime claiming they wanted work in eastern Montana and western North Dakota’s oil fields.

After smoking crack cocaine over the entire trip, Waters allegedly told Spell the drug ‘brought the devil out in him’ and began talking about kidnapping and killing a female, AP reports.

After they spotted Arnold, Spell claims that Waters told him to ‘grab the lady’ and pull her into their Ford Explorer as she jogged by.

After they got her into the Ford Explorer, they choked the life out of her and then buried her body in a shallow grave in North Dakota.

#19 In the Boston area, the FBI recently used a chainshaw to cut through the front door of one apartment during a raid.  They quickly subdued the woman living inside and had her on the floor for 35 minutes as her young daughter cried out to her.  Eventually they figured out that they had the wrong apartment and they issued a “routine apology” to the woman.

As our country falls apart all around us, there is going to be a greater need for love and compassion than ever before.

In the years ahead those numbers are going to get even worse.

But it isn’t just in the major cities where poverty is exploding.  Sadly, today one out of every four children in the United States is on food stamps.

As times get tough, you have two choices.

You can allow your heart to grow cold like so many other people are doing.

Or you can decide that you are going to become more loving and more compassionate than ever before.

America is becoming a very heartless place, and unfortunately there is no sign that trend is going to turn around any time soon.

But you don’t have to become heartless.

Be a light that shines in the darkness.

In the end, you will be glad that you were. 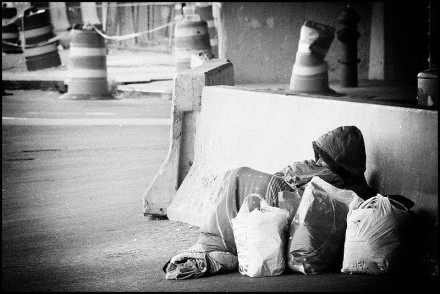