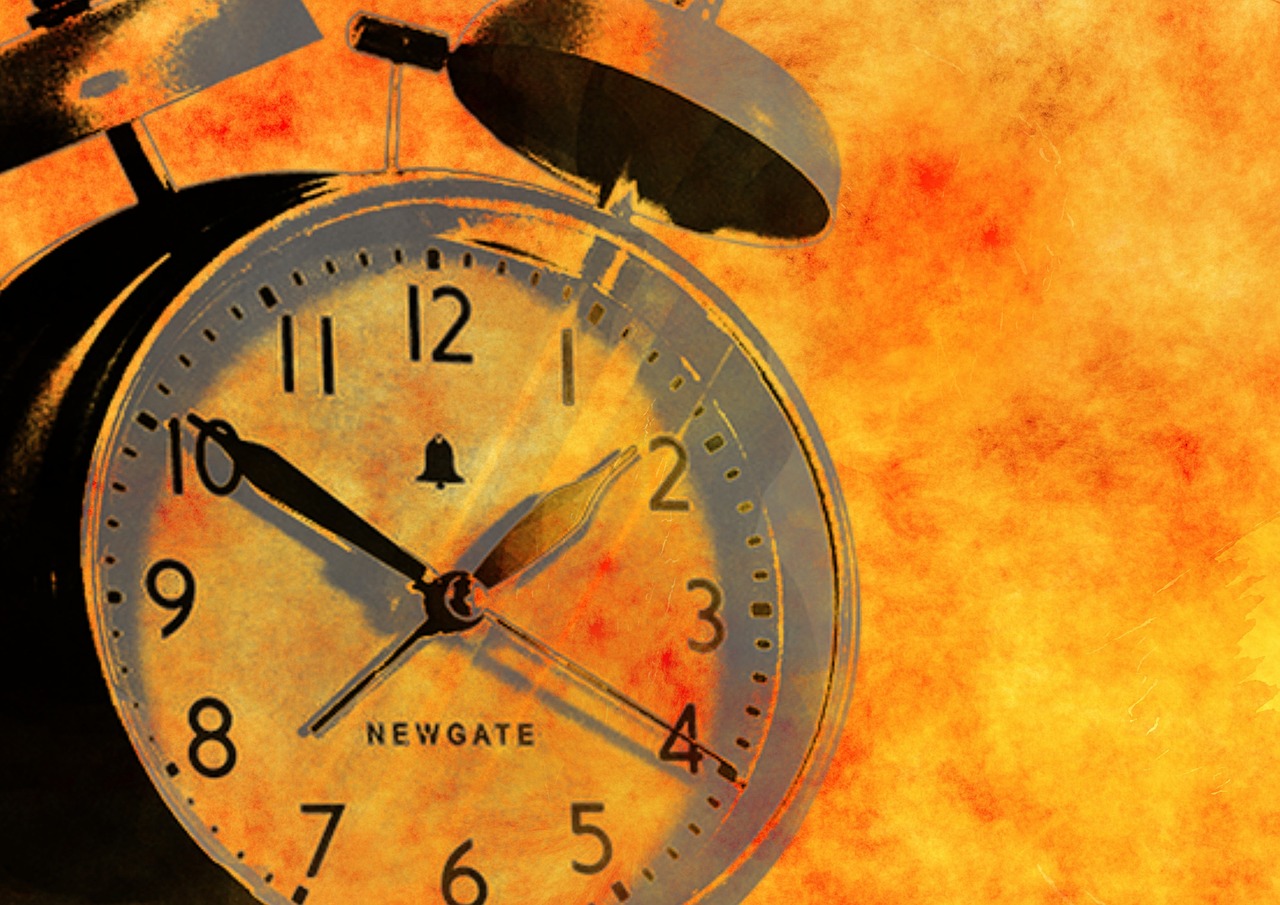 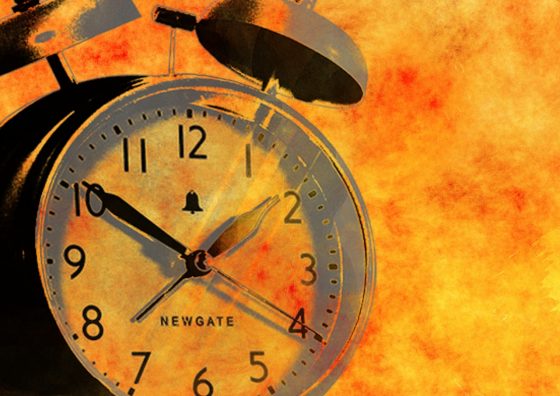 If you think that the food and diesel shortages are bad now, then you will be absolutely horrified by what the globe is experiencing by the end of the year.  All over the planet, food production is being crippled by an unprecedented confluence of factors.  The war in Ukraine, extremely bizarre weather patterns, nightmarish plagues and a historic fertilizer crisis have combined to create a “perfect storm” that isn’t going away any time soon.  As a result, the food that won’t be grown in 2022 will become an extremely severe global problem by the end of this calendar year.  Global wheat prices have already risen by more than 40 percent since the start of 2022, but this is just the beginning.  Meanwhile, we are facing unthinkable diesel fuel shortages in the United States this summer, and as you will see below there are “no plans” to increase refining capacity in this country for the foreseeable future.

If you had told me six months ago that we would be dealing with the worst baby formula shortage in U.S. history in the middle of 2022, I am not sure that I would have believed you.

But that is precisely what we are now facing.  One young couple in Florida searched stores in their area for four hours and couldn’t find anything…

When Erik and Kelly Schmidt, both 35, went into a Central Florida Target store this week to buy their usual baby formula, Up & Up Gentle, for their five-month-old twins, they found an empty shelf.

The pair then embarked on a half-day journey in search of formula, any formula, and their quest didn’t end there. “We spent over four hours going to every Target, different Walmarts, different grocery stores, just finding absolutely nothing,” Erik Schmidt said.

Of course the Biden administration has made sure that there is enough baby formula for migrants that are illegally crossing the border, but for millions of ordinary American families this crisis has become a complete and utter nightmare.

Sara Owens, of Florence County, said she was hunting for baby formula for his six-month-old daughter, Namoi, amid a nationwide shortage when she encountered a dad break into tears after driving from store to store looking for his daughter’s brand of formula.

‘As tears continued to stream down his face he said ‘I never thought I would be crying because I can’t find what my child has to have,” Owens wote in the Facebook post that’s been shared more than 180,000 times. ‘My heart broke to 100 pieces on the formula aisle in Walmart.’

Sadly, we shouldn’t expect any improvement any time soon.

As I discussed last week, the Biden administration shut down one of the most important baby formula manufacturing facilities in this country a while ago, and the CEO of Abbott Nutrition says that it will take a few months to get products back on the shelves once the FDA finally allows them to reopen the plant…

Meanwhile, the plant remains closed as the company works to make upgrades to the facility to meet the FDA’s recommendations. Abbott says it can have products from the facility back on store shelves after a few months once the FDA signs off on them doing so.

Needless to say, baby formula is not the only thing in short supply right now.  As shortages grow and prices spiral out of control, grocery stores are increasingly becoming prime targets for thieves.

In fact, things have already gotten so bad in the Midwest that one major supermarket chain has decided to post armed guards in their stores…

The shoulder patches say, “A Helpful Smile in Every Aisle,” but the police-style uniforms, complete with belts with holstered taser and possibly handguns, may send a very different message as Hy-Vee deploys a new retail security team in its stores.

The West Des Moines-based supermarket chain will begin introducing its own security force “as part of its ongoing efforts to ensure the health and safety of both its customers and employees,” the company announced in a news release on Dec. 29. The program will roll out throughout 2022, but security teams are already present in some stores.

As I have warned for many years, eventually we will see armed guards in supermarkets and on food delivery trucks all over the nation.

In the months ahead, food production is going to be way below expectations all over the globe.  The following summary of what farmers are currently facing comes from Zero Hedge…

Across the world, top wheat-producing regions are experiencing adverse weather conditions that could threaten production. In places like Ukraine, a military invasion by Russia has slashed production significantly. All of this suggests the world is on the cusp of a food crisis.

Droughts, floods, and heatwaves have plagued farmland in the U.S., Europe, India, and China. As for Ukraine, the world’s largest wheat producer, the war could slash production by upwards of a third.

As I have previously detailed, some countries have already decided to ban certain types of agricultural exports as they brace for the coming global food crisis.

India, the second-largest producer of wheat, has banned exports of the commodity, due to a risk to its food security.

A Friday notice in the government gazette signed by Santosh Kumar Sarangi, the Director General of Foreign Trade, said that a “sudden spike” in the global prices of wheat was putting India, neighboring and other vulnerable countries at risk.

Supplies of food are getting tighter with each passing week, and this is already starting to spark food riots all over the world.

For example, we witnessed some very emotional protests in Iran last week…

Protests broke out in Iran Thursday after the government cut subsidies for food, sending prices through the roof as authorities brace for more unrest in the following weeks.

In videos shared on social media, protesters can be seen marching through Dezful and Mahshahr in the southwestern province of Khezestan, chanting “Death to Khamenei! Death to Raisi!” referring to Iranian President Ebrahim Raisi has promised to create jobs, lift sanctions, and rescue the economy.

Protesters in Sri Lanka have burned down homes belonging to 38 politicians as the crisis-hit country plunged further into chaos, with the government ordering troops to “shoot on sight.”

Police in the island nation said Tuesday that in addition to the destroyed homes, 75 others have been damaged as angry Sri Lankans continue to defy a nationwide curfew to protest against what they say is the government’s mishandling of the country’s worst economic crisis since 1948.

Things will get really crazy in the months ahead as global food supples get a whole lot tighter.

Meanwhile, we are being warned that there is likely to be a “diesel fuel shortage on the East Coast” during the months ahead…

The possibility of a diesel fuel shortage is being monitored as diesel fuel prices across the country and in Maryland continue to surpass all-time highs.

According to fuel industry experts, all signs are pointing to a potential diesel fuel shortage on the East Coast that could cripple an already fragile supply chain.

Last week, the price of diesel fuel in the U.S. rose to an all-time record high of $5.62 a gallon, and it is only going to go higher.

From record gasoline prices to higher airfares to fears of diesel rationing ahead, America’s runaway energy market is disquieting both US travelers and the wider economy. But the chief driver isn’t high crude prices or even the rebound in demand: It’s simply too few refineries turning oil into usable fuels.

Surely more refineries are being built to meet the growing demand, right?

Mountains of regulations that have been instituted by our politicians make it extremely difficult to build and operate a new refinery in this country.

As a result, we are being told that “the supply squeeze is only going to get worse” for the foreseeable future…

More than 1 million barrels a day of the country’s oil refining capacity — or about 5% overall — has shut since the beginning of the pandemic. Elsewhere in the world, capacity has shrunk by 2.13 million additional barrels a day, energy consultancy Turner, Mason & Co. estimates. And with no plans to bring new US plants online, even though refiners are reaping record profits, the supply squeeze is only going to get worse.

To a very large degree, we have done this to ourselves.

And as I keep telling my readers, decades of very foolish decisions are starting to catch up with us in a major way.

Our trucks and our trains run on diesel, and so a shortage of diesel will only make our ongoing supply chain crisis even worse.

This nightmare never seems to end, and there will be plenty of pain in the months ahead.