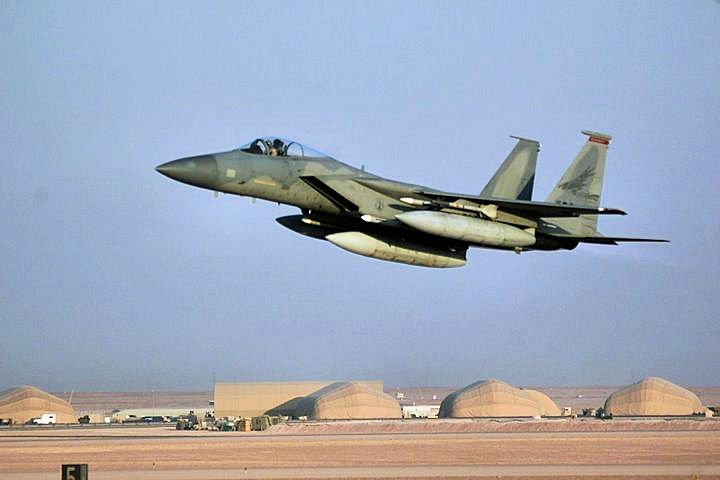 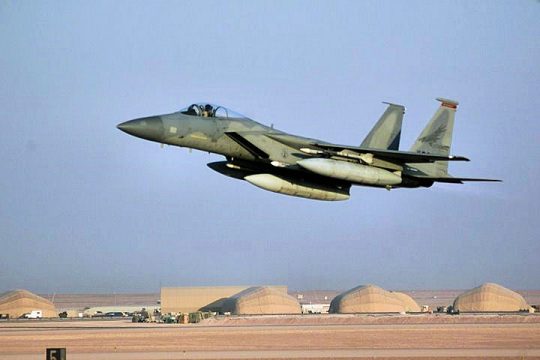 The U.S. military is following many of the exact same patterns that we witnessed during our previous wars in the Middle East, and that even includes setting up shop at a key military base deep in the heart of the Arabian peninsula.  After the U.S. invasion of Iraq in 2003, the U.S. military abandoned Prince Sultan Air Base in Saudi Arabia, but now they are back.  Hundreds of U.S. troops are already there working hard to get the base operational, and as you will see below, a tremendous amount of new construction is planned.  The base covers “well over a hundred square miles”, and so it has more than enough room to serve as a central hub for a new Middle East war.  Tensions with Iran have escalated dramatically over the past few weeks, but apparently somebody anticipated that the U.S. would need to use this base even before then, because according to NBC News U.S. troops were already arriving back in June…

In June the U.S. military began moving equipment and hundreds of troops back to a military base in Saudi Arabia that the U.S. deserted more than 15 years ago, according to two U.S. officials familiar with the deployment.

Over the coming weeks the deployment to Prince Sultan Air Base, intended to counter the threat from Iran, will grow to include fighter jets and Patriot long-range missile defense systems, the officials said. The Patriots have already arrived at the base and should be operational in mid-July, while the aircraft are expected to arrive in August.

And it turns out that the U.S. military has used this base during all of our previous wars in the Middle East.

For example, according to Air Force Magazine the U.S. military first occupied Prince Sultan Air Base for a few months during Operation Desert Storm…

The US Air Force first occupied the sprawling base in two frantic months from November 1990 to January 1991, then departed. Five years later, USAF and coalition forces moved back into the base. It quickly became a massive facility, home to a state-of-the-art air operations center and serving as the hub for air activity in the region.

Then later on, the base played a key role during the U.S. invasion of Afghanistan.  The following comes from the Military Times…

Starting with the January 1991 air war against Iraq after its invasion of Kuwait the previous summer, the U.S. flew a wide range of aircraft from Prince Sultan air base, originally known as al-Kharj. Supported by an all-American array of creature comforts like fast-food restaurants and swimming pools, U.S. forces there flew and maintained Air Force fighters and other warplanes.

The base also served as a launch pad for the December 1998 bombing of Iraq, code-named Operation Desert Fox, which targeted sites believed to be associated with Iraq’s nuclear and missile programs. In 2001, the base became home to the U.S. military’s main air control organization, known as the Combined Air Operations Center, which orchestrated the air war in Afghanistan until it was relocated in 2003 to al-Udeid air base in Qatar.

But U.S. activity at the base didn’t reach a crescendo until Operation Iraqi Freedom in 2003.  Here is more from Air Force Magazine…

Other delicate negotiations came down to the wire just before the start of Operation Iraqi Freedom. “We’ve had very productive meetings regarding military cooperation with Saudi Arabia in the event of military action against Iraq,” State Department official Richard Boucher announced Feb. 26, 2003.

That day, newspapers reported that the Saudis granted formal permission for PSAB to be used in the war against Saddam Hussein’s Iraq. Operation Iraqi Freedom began March 19.

Once again, PSAB pulled its weight in the air campaign. Fuel was a metric showing just how far PSAB had come since 1996. Prince Sultan Air Base operated at maximum rates during major combat operations in Operation Iraqi Freedom from March 19 to May 1, 2003. During that time, the 363rd Fuels Management Flight issued more than one million gallons per day. Officials had previously expanded the fuel storage capacity at Prince Sultan from two million to more than 15 million gallons.

So as you can see, every time the U.S. has decided to go to war in the Middle East, Prince Sultan Air Base has played a leading role.

And now after all this time we have suddenly returned.

This time around, it appears that the U.S. is planning for a very long stay.  According to NBC News, existing roads and runways will be reinforced and expanded, and the U.S. military is even going to “build a medical facility”…

While Prince Sultan Air Base is an active facility, portions of the base will need an upgrade to accommodate the U.S. military, including reinforcing and expanding roads and runways, one U.S. official said. Base housing will also need updating, the official said, and the U.S. will build a medical facility. Many of the U.S. service members deployed there over the past few weeks are engineers preparing the base for the new mission.

Apparently whoever is in charge of making these sorts of decisions is not very optimistic about peace with Iran.

A tremendous amount of money and effort is required for a project like this, because it is basically the equivalent of putting up a small American city in the middle of nowhere.  The base covers “well over a hundred square miles”, and all the way back in 2002 Wolf Blitzer called it “a little sliver of America in the middle of the Arabian Peninsula”…

“By the time the base complex was completed in 1999, it had cost the government of Saudi Arabia more than $1 billion and covered well over a hundred square miles,” found Air Force historian Daniel L. Haulman.

Food was also a priority. Baskin-Robbins ice cream set up shop as did other popular vendors such as Pizza Inn and Burger King. In time, the exchange provided a small haven of food, shopping, and diversion. “It’s a little sliver of America in the middle of the Arabian Peninsula,” enthused CNN’s war correspondent Wolf Blitzer, who visited the base in December 2002 as forces there prepared for intensifying action against Iraq.

I suppose that the Saudis want us to be as comfortable as possible if we are going to fight a war that will greatly benefit them.

After all, the Saudis and the Iranians have been engaged in a proxy war for many years, and so the Saudis would be absolutely thrilled to see the U.S. military bomb the living daylights out of them.

“Any attack on the freedom of navigation is a violation of international law,” Adel Aljubeir said in a Twitter post.

“Iran must realise its acts of intercepting ships, including most recently the British ship, are completely unacceptable. The world community must take action to deter such behaviour,” he added.

But as I discussed in a previous article, if the American people truly understood what a war against Iran would be like, there would be millions of protesters in Washington D.C. right now trying to stop it from happening.  It would be a horrible, bloody, apocalyptic war that would set the entire Middle East ablaze, and it would set the stage for the sort of nightmare scenarios that I have been relentlessly warning about.

Unfortunately, so far only a very small portion of the U.S. population seems alarmed about any of this.

Meanwhile, the Pentagon is rapidly preparing for war, and Prince Sultan Air Base is now buzzing with U.S. military activity for the very first time since the invasion of Iraq.