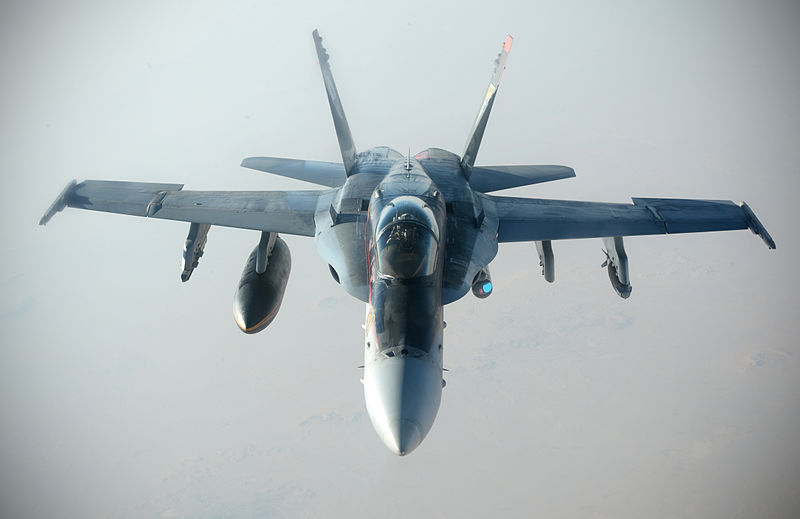 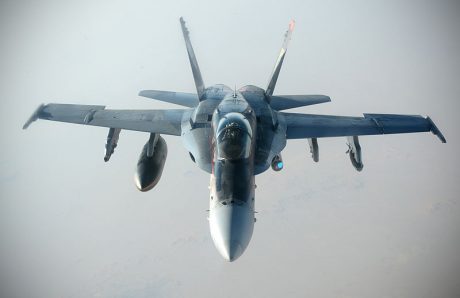 It makes me physically ill when I think that the U.S. could be on the verge of starting a disastrous war in the Middle East that will not benefit us in any way, shape or form.  I can’t believe this is happening, and a lot of other people apparently can’t either.  In fact, there were some that heavily criticized me when I suggested that Donald Trump had just committed to taking military action in Syria in part 1 and part 2 of this series of articles.  But less than 24 hours later, the front page of USA Today was running this jarring headline: “Trump team developing military response in Syria”.  It is interesting to note that this came on the 77th day of Trump’s presidency, and on Thursday it was also revealed that the Trump administration is working to put together an international coalition to remove Syrian President Bashar al-Assad from power.  The following comes from Fox News…

America’s top diplomat addressed the Syria crisis a day after Trump declared in the Rose Garden that the chemical strike would not be tolerated. Tillerson pointedly said Russia should “consider carefully” its support for the Assad regime, while calling for an international effort to defeat ISIS in Syria, stabilize the country and ultimately work with partners through a political process that leads to Assad leaving power.

Asked if the U.S. would organize a coalition to remove Assad, Tillerson said: “Those steps are underway.”

U.S. Secretary of State Rex Tillerson also told the press that Assad has “no role” in governing Syria in the future, and he pledged there there will be a “serious response” to the recent chemical attack in Syria’s Idlib province.

Of course it is extremely doubtful that Assad had anything to do with that chemical attack, and I am going to share some more of that evidence with you in part 4 of this series.

In terms of what that “serious response” will look like, a lot will be determined over the next 48 hours as Trump consults with his top national security advisers…

Defense Secretary James Mattis will brief President Donald Trump at Mar-a-Lago on military options against Syrian leader Bashar al-Assad’s regime later on Thursday in the wake of a deadly attack which activists said killed at least 100 people — including 25 children — and injured at least 400 others earlier this week.

The White House and Pentagon have had detailed back-and-forth conversations over the past two days over options including a National Security Council meeting Wednesday. Mattis and National Security Adviser H.R. McMaster have had repeated contact about the best way forward, a U.S. official told NBC News.

It is being reported that airstrikes and the use of cruise missiles against Syrian targets are among the initial options under consideration.

If Trump drops a few bombs or fires of a few cruise missiles that likely wouldn’t spark a broader conflict, but there is one option that is reportedly being considered that could bring us into direct military conflict with Russia.  According to The Intercept, the Trump team is actually considering a “saturation strike” which would result “in Russian military deaths”…

According to both U.S. military officials, the current proposal would likely result in Russian military deaths and mark a drastic escalation of U.S. force in Syria.

One U.S. military official said the decision to allow the strikes, which would kill Russians, signals a significant change in policy by the Trump administration. A decision by Trump to go forward with the plan would be a reversal from the Obama administration, which denied multiple air strike proposals that would likely cause Russian personnel casualties in Syria.

If that happens, any hope for improved relations with Russia will be permanently extinguished and it could easily result in the Russians shooting back at us.

The Russians have S-300 and S-400 air defense systems already in place in Syria.  Both of those systems are some of the most advanced in the world and are a significant threat to U.S. warplanes.

As I discussed yesterday, it is not difficult to imagine what would happen if footage of U.S. aircraft being blown out of the sky by Russian missiles started rolling on our cable news channels 24 hours a day.

“In addition to other measures, the United States should lead an international coalition to ground Assad’s air force. This capability provides Assad a strategic advantage in his brutal slaughter of innocent civilians, both through the use of chemical weapons as well as barrel bombs, which kill far more men, women and children on a daily basis … Ultimately, the grounding of Assad’s air force can and should be part of a new comprehensive strategy to end the conflict in Syria.”

Of course if Trump goes to war with another sovereign nation without the approval of Congress that would be a blatant violation of the U.S. Constitution, and that is something else that I would be talking about in part 4 of this series.

Even though I am writing about all of this, I still have a hard time believing that this is all happening less than three months into Trump’s presidency.  The stage is being set for the kind of scenario that I outlined in The Beginning Of The End, and right now I am far more alarmed by the state of world events than I was at any point in 2016.

I am particularly disturbed by all of this talk about removing Assad.

How in the world does the Trump administration plan to do that?

Even if they conduct a massive bombing campaign that would turn Damascus into a “ruinous heap”, that would still not guarantee regime change.

The only thing that would guarantee regime change is a full-scale ground invasion and the conquest of the entire city of Damascus.

Of course the Russians, the Iranians and Hezbollah would not willingly step aside and let “coalition forces” march to Damascus, and so such a move could very easily spark World War 3 in the Middle East.

I can’t believe that Trump is actually thinking of going to war with Syria.  There is nothing to be gained and so much that could be lost.  Let us hope that someone can talk some sense to him while there is still time to do so.