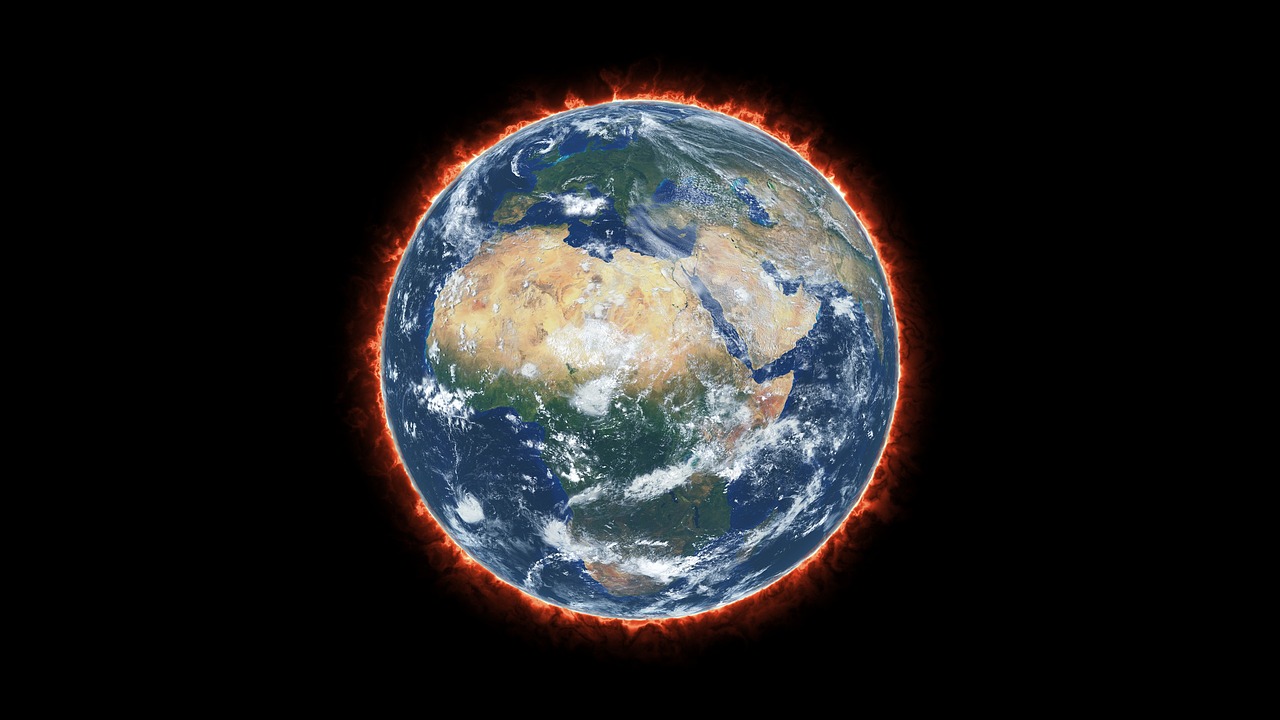 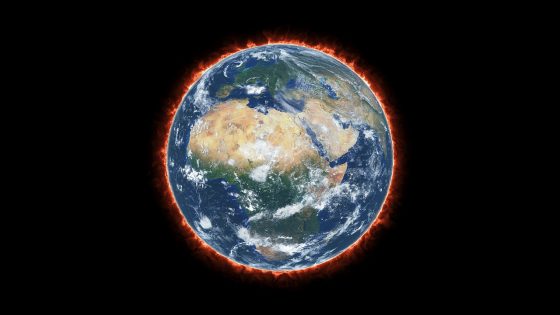 How can you get people to wake up if they are determined to keep sleeping?  For decades, global events have been moving us in a very ominous direction, and ever since this decade began the pace of change has accelerated dramatically.  But even though we just keep getting hit by one major crisis after another, most people still do not get it.  Almost everyone seems to be under the impression that the massive problems that we are experiencing right now are “just temporary” and that everything will “return to normal” soon.  Meanwhile, apocalyptic scenarios continue to unfold all around us at a breathtaking pace.

Earlier today, I pulled up a USA Today article about the Doomsday Clock that boldly declared that “the world is closer to annihilation than it has ever been”…

The world is closer to annihilation than it has ever been since the first nuclear bombs were released at the close of World War II, The Bulletin of the Atomic Scientists said Tuesday. The time on the Doomsday Clock moved forward from 100 seconds to midnight to 90 seconds to midnight.

It’s a reset of what has come to be known as the Doomsday Clock, a decades long project of the Bulletin of the Atomic Scientists featuring a clock face where midnight represents Armageddon.

Yes, we really are on the brink of nuclear war, but the vast majority of the general population hasn’t gotten the memo.

Instead, most of them are having a great time partying, spending money like there is no tomorrow, and getting into other sorts of trouble.

But just because most Americans choose to ignore the war does not alter the reality of what is taking place.

Sadly, both sides just continue to escalate the conflict.  In fact, it appears that the Biden administration will soon be sending M1 Abrams tanks to Ukraine for the very first time…

The Biden administration is leaning toward sending “a significant number” of M1 Abrams tanks to Ukraine, two U.S. officials said, and an announcement could come as early as this week.

The development comes amid a public standoff with German officials, who are under pressure to send their own Leopard tanks and allow other European countries that operate the German-made vehicles to do so as well.

German Chancellor Olaf Scholz has finally decided to send a battalion of sought-after Leopard 2 tanks to Ukraine, Der Spiegel reported on Tuesday, after weeks of pressure from Ukraine and European allies.

On the other side, the Russians have chosen to send a warship armed with hypersonic missiles within shooting range of major east coast cities…

A Russian warship armed with “unstoppable” hypersonic missiles is sailing towards the US coast in a show of strength, reports claim.

The guided missile frigate Admiral Gorshkov has been closely monitored by Nato navies on its maiden voyage armed with 6,670mph Zircon weapons.

An unconfirmed Russian Telegram channel report says it was “spotted on radar in neutral waters of the Atlantic Ocean – at an effective salvo launch distance from the US coast”.

Both sides are playing a very dangerous game.

‘When we speak about what is happening in Ukraine – it is a war, not a hybrid one, almost a real war, that the West has been plotting for a long time against Russia,’ Lavrov said today.

If our leaders were sane, they would be trying to find a peaceful solution to this crisis while it is still possible.

Instead, we seem to be playing a very twisted game of “nuclear chicken” where we see how close we can come to the line without actually starting a nuclear war.

So what happens if a “mistake” is made and the missiles start flying?

Meanwhile, it appears that the coming war between Israel and Iran is also getting closer.

In fact, the U.S. and Israel are conducting “the most significant exercise between the United States and Israel to date”…

The Israel Defense Forces and U.S. Central Command on Monday announced the launch of a large-scale drill, which a senior U.S. defense official called “the most significant exercise between the United States and Israel to date.”

The unprecedented drill, dubbed “Juniper Oak 2023,” involves over 140 aircraft, 12 naval vessels, and artillery systems from both countries and will last until Friday, CENTCOM said in a statement.

Once the war between Israel and Iran starts, our planet will never be the same again.

Speaking of the planet, it is being reported that the inner core has apparently stopped moving…

A new study published in Nature Geoscience by geophysicists Yi Yang and Xiadong Song of Peking University in Beijing explored the nature of movement of Earth’s inner core, largely made up of iron and molten liquids. They found the inner core’s movement recently reduced enough they consider it “paused,” all part of what “seems to be associated with a gradual turning back of the inner core as a part of an approximately seven-decade oscillation.”

But don’t worry, because scientists think that this is normal.

Because if it isn’t normal for the Earth’s inner core to “pause”, then there is a possibility that we are all in really big trouble.

In other planetary news, an enormous asteroid that was “just discovered this past weekend” is about to zip past our world at an “extremely close” distance…

An asteroid just discovered this past weekend is set for an extremely close encounter with Earth—and you can watch it live as it zooms past our planet.

Most people assume that our scientists have a really good idea of what is going on up there, and that if a major threat was coming they would tell us about it.

Unfortunately, the truth is that their ability to detect giant space rocks is still fairly limited, and this new space rock that was “just discovered this past weekend” will come closer to us than we are to the center of our planet…

At that point, the space rock will come “only” about 6,500 miles from the center of the Earth while traveling at roughly 33,300 miles per hour. Given that the average radius of the Earth—the distance from the center to the surface—is considered to be roughly 4,000 miles, 2023 BU will zip past us at an altitude of around 2,500 miles above the ground.

Let me try to explain this another way.

The approach is so close that it is less than 3 percent of the average distance between the Earth and the moon. The asteroid will also pass within the orbits of geostationary satellites, which circle the Earth above the equator at an altitude of 22,236 miles.

In other words, a space rock that was “just discovered this past weekend” is going to come very close to hitting us.

But it won’t hit us.

If everything else that I have shared so far is not enough, it is also being reported that “excess deaths” are soaring all over the globe…

Healthcare spending is at record-high levels across the Western world, yet systems are struggling to cope. The combined effects of the pandemic and a rapidly ageing population are stressing hospitals, ambulance crews and social care services to their limit. Excess deaths – those beyond usual numbers – are consequently soaring: the crisis is global.

What this means is that far more people are dying than normal all over the world.

In fact, we are being told that there were approximately 15 million “excess deaths” worldwide in 2020 and 2021…

Nearly 15 million excess deaths from any cause are thought to have occurred during 2020 and 2021, according to new WHO research – nearly three times the 5.42 million coronavirus fatalities reported over the same period. Health statistician William Msemburi said the figure was also likely especially high due to people dying from delayed health screenings and medical procedures.

But at least you won’t be one of them.

I could go on and on, but this article is already getting way too long.  We keep getting hit by one thing after another, and I really like how Hal Lindsey summarized the current state of affairs in his most recent article…

The price of eggs… a Mall of America security guard threatening the wearer of a “Jesus saves” t-shirt… attacks on the US power grid… a worldwide obsession with pornography… another wave of nuclear threats coming out of Russia… a universal weakening of democratic institutions… a global reshuffling of leaders… threats of “civil war” in Israel… corruption in the highest levels of government across the world… weaponized Artificial Intelligence… deep fake audio and video enabling previously unimagined levels of deception… global economic chaos… and on and on.

What do these and hundreds of other things like them have in common?

Needless to say, the answer to Hal’s question is quite obvious.

The reason why so many apocalyptic things are happening is because we really are living in apocalyptic times.

Hopefully the general population will wake up and realize what time it is, because the clock is ticking.