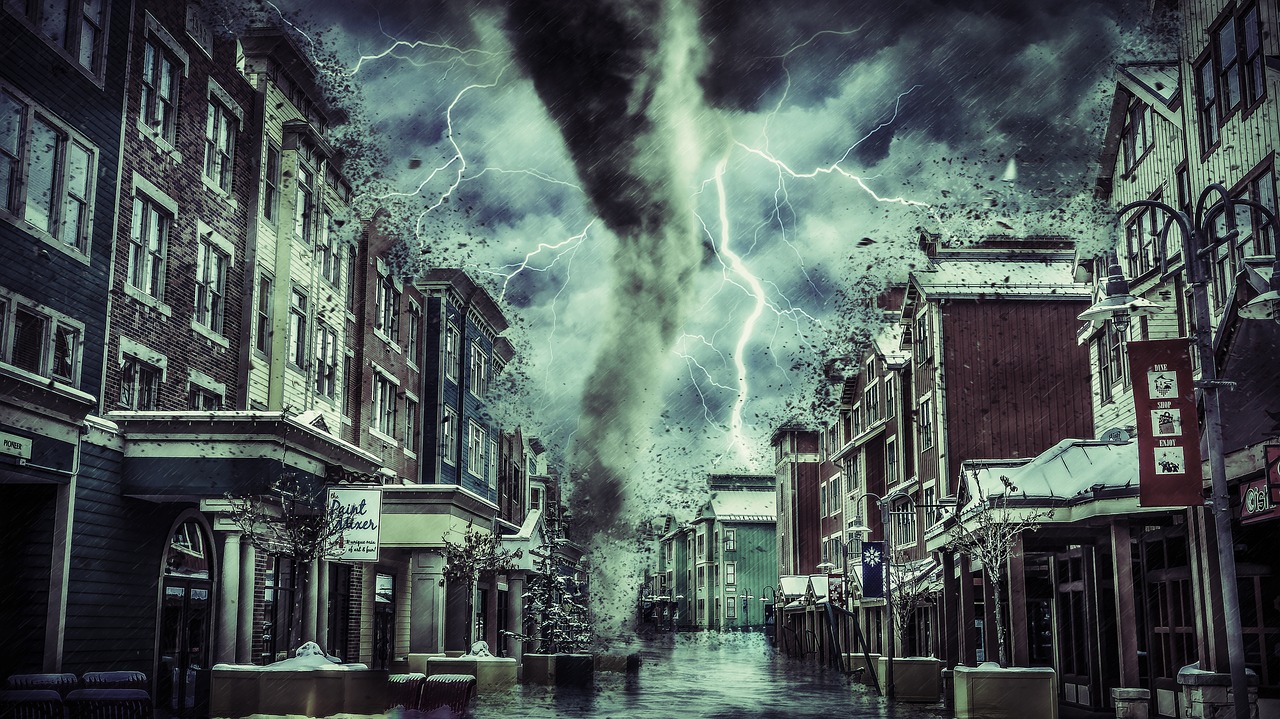 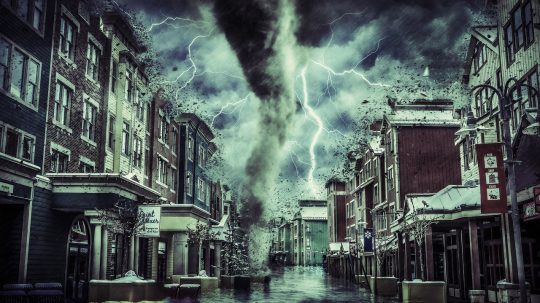 The middle of the country has never seen anything quite like this.  As 2019 began, the central portion of the nation was relentlessly hammered by bitter cold and massive snow storms, and many were hoping for better things once spring arrived.  But then in March the flooding began, and it hasn’t stopped since.  In fact, this is already the longest we have seen flooding along the Mississippi River since 1927, and there is no end in sight.  By the time it is all said and done, all of the old records will probably be completely shattered.  Meanwhile, powerful storms continue to pound the heartland every few days.  Over the weekend, huge storms struck the middle of the country on Friday, Saturday and Sunday, and more are expected on Monday.  So what is causing such extremely bizarre weather to happen?  Is there a reason why weather patterns have shifted so dramatically, or is all of this just a really, really strange coincidence?

Nobody can possibly claim that what we are witnessing is “normal”.  According to the the National Oceanic and Atmospheric Administration, the last year has been the “wettest 12-month period in recorded history” for the lower 48 states…

The continental United States just recorded its wettest 12-month period in recorded history, while also moving one step closer to being drought-free, according to the National Oceanic and Atmospheric Administration (NOAA).

Needless to say, all of this wet weather has caused a tremendous amount of flooding, and at this point this is the longest-lasting Mississippi River flood since 1927…

Mississippi River flooding has been ongoing for three months or longer in some locations, making it the longest-lasting flood there since the Great Flood of 1927, the worst flood in modern history on the lower Mississippi River.

The Mississippi River went above flood stage there on Feb. 17, and has remained in flood ever since. The National Weather Service said this is the longest continuous stretch above flood stage since 1927 at Vicksburg.

And since there is no end in sight for the flooding, all of the old records may end up being broken by a very wide margin.

Very weird weather is happening out west too.  In fact, several feet of snow just fell in the mountains of California…

Parts of California still resemble a scene out of winter, with a series of storms bringing several feet of snow to mountain areas, ahead of a “significant” severe weather threat across the nation’s midsection.

The National Weather Service said that a series of Pacific storms are bringing heavy rain, mountain snow, and gusty winds across the West. A winter storm warning was issued Wednesday night that will run through Friday morning for the southern Sierra Nevada.

In every year there are moments of bad weather.  But that isn’t what we are talking about.  In 2019, it is as if we are being hit with a sledgehammer day after day after day.

Of course this has been absolutely disastrous for agricultural production.  At this point, U.S. farmers have planted less than half the corn that they were expected to plant by now.  For much more on this, please see my previous article entitled “Total Catastrophe For U.S. Corn Production: Only 30% Of U.S. Corn Fields Have Been Planted – 5 Year Average Is 66%”.

We like to think that we are not vulnerable to the vagaries of the weather thanks to all of our advanced technology, but that is not true at all.

And over the weekend, things got even worse.

Starting on Friday and Saturday, a string of immensely powerful storms devastated communities all over the Midwest…

A plethora of tornado reports began rolling in Friday in Nebraska and Kansas. On Saturday, almost a dozen were reported in Texas and Oklahoma. In Texas, the National Weather Service Abilene/San Angelo concluded that an EF2 tornado with winds of up to 135 mph damage homes in San Angelo.

Dru Lewis was hunkered down with his family as the storm battered his home.

“There was a suction … from under the door, I could feel it,” he said. “Then all the windows just exploded. It was just chaos from there until the storm died down.”

Then on Sunday, more huge storms produced literally dozens of tornadoes across the region…

Severe thunderstorms continued to rumble across parts of the U.S. Sunday, damaging buildings in Louisiana after spawning more than three dozen reports of tornadoes across five states.

Several homes and businesses were damaged and power lines and trees were down throughout Evangeline Parish, Louisiana, after severe thunderstorms and possible tornadoes moved through the area early Sunday morning. The town of Ville Platte, about 76 miles northwest of Baton Rouge, was especially hard hit.

Unfortunately, there is still more to come.  In fact, an entirely new weather system will hit the middle of the country on Monday…

On Monday, a new system will develop off the High Plains and slide east into the Southern Plains. The dry line will interact with an increasingly moist and unstable air mass that will develop across parts of Texas, Oklahoma and Kansas.

Unfortunately, that means very favorable conditions for violent severe weather in parts of this region.

We are being told that the storms on Monday could affect nearly 50 million people.

For a long time I have been warning that global weather patterns are dramatically changing, but at first a lot of people wanted to argue that it wasn’t true.

Well, these days the number of people that want to claim that I am wrong has gone way down.

Of course throughout all of human history weather patterns have always been changing, and so change isn’t something that is new.

But the changes that we are witnessing in our time appear to be taking an apocalyptic turn, and nobody is exactly sure what is going to happen next…