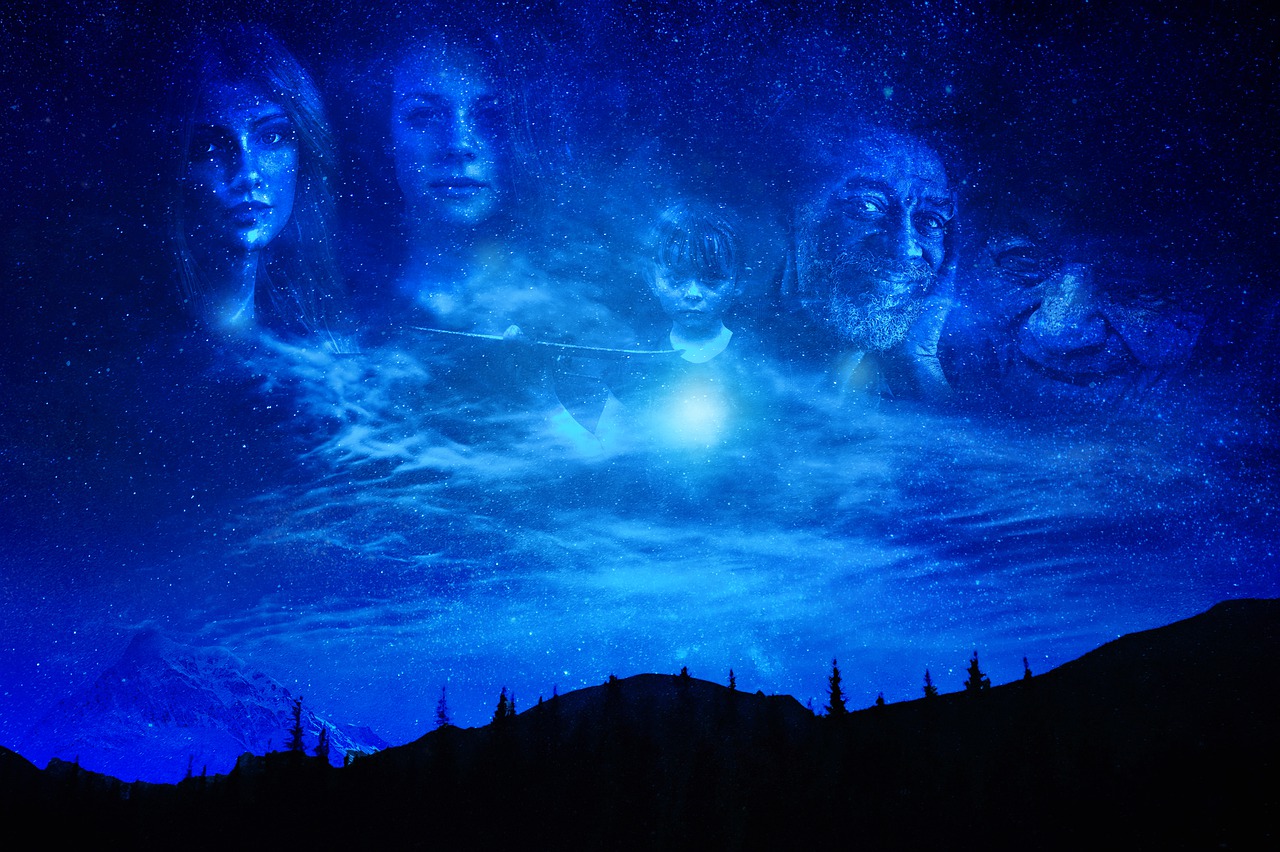 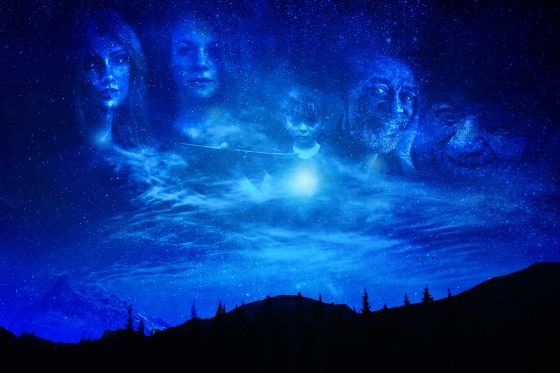 Why are companies all over the world suddenly desperate for workers?  In my entire life I have never seen anything like this.  When the labor shortage started in the United States, a lot of people blamed overly generous government handouts, but that doesn’t explain why the exact same thing is happening in nation after nation all over the globe.  There aren’t enough factory workers, there aren’t enough truck drivers, there aren’t enough port workers, there aren’t enough employees to properly staff our stores, and the shortage of doctors and nurses is becoming a major crisis in some areas.  During normal times, we were always told that the global economy was not producing nearly enough jobs for everyone, but now for the very first time we are facing an enormous worldwide labor shortage.  It is almost as if millions upon millions of people suddenly disappeared from the system.

Earlier today, I was stunned to learn that a new survey has discovered that 69 percent of global companies are having a hard time finding enough people to hire…

A survey of nearly 45,000 employers across 43 countries showed 69 percent of employers reported difficulty filling roles, a 15-year high, according to employment-services provider ManpowerGroup Inc. At the same time, 15 countries — focused in Europe and North America — reported their highest hiring intentions since the survey began in 1962.

Just a few years ago, any company that was willing to pay decent wages would be absolutely flooded by job applications.

But now everyone can’t stop talking about the “shortage” of workers.

Normally, global supply chains run as smooth as butter, but now they are in a complete and utter state of chaos.

And the biggest reason why they are in a complete and utter state of chaos is because there simply is not enough workers for them to operate as they usually would.

Every step along the way, shortages of workers are causing major headaches, and now we are being told that this supply chain crisis “will last well into next year”…

A supply chain crunch that was meant to be temporary now looks like it will last well into next year as the surging delta variant upends factory production in Asia and disrupts shipping, posing more shocks to the world economy.

Manufacturers reeling from shortages of key components and higher raw material and energy costs are being forced into bidding wars to get space on vessels, pushing freight rates to records and prompting some exporters to raise prices or simply cancel shipments altogether.

But if we had enough people to do all the jobs that needed to be done, this crisis could be resolved very rapidly.

So where are they?

As inventories get tighter and tighter, that is invariably going to drive up prices.

Earlier this week, one of my readers emailed me about the shortages and price increases that she is seeing in her local area.  I asked her if I could share this with all of you, and she said that I could…

You can’t find frozen turkeys, frozen hens, frozen cornish hens…the supply chain HAS indeed been cut. There was 1…just one box of oatmeal on the shelves of our local food store that are normally stocked through the gills with food. Prices are higher…tomato sauce, in a can: what used to cost $0.99 cents last year now costs $1.50. Chicken drumsticks—we usually throw a bunch in a crockpot with some bbq sauce and put it over rice for our kids, they love it….chicken drumsticks, last year were $0.89/pound….now they are $ 1.39 per pound. We only buy meat that has been reduced….a rump roast, for instance, was marked down from $18 dollars to $7….that’s a huge price cut, so we look for deals like that. But they are hard to find!!! Everything is higher, packaged in smaller boxes and cups and there is not much of it. We all knew this was coming….it’s going to get worse, for lots of people who don’t know what’s happening. We have goats for goat milk and meat if we need, chickens for eggs and we’ve put back lots of produce we found on sale over the summer, in the freezer to booster our garden. It’s shocking how much just is not there…the shelves are empty, moved closer together, and bare spots are everywhere in grocery stores these days.

Another sector of the economy where the labor shortage is having a big impact is in the healthcare industry.

Lately, I have been coming across lots of stories about people dying because they can’t get the care that they need.  Just before I started writing this article, I came across a heartbreaking story about a 70-year-old woman in Canada that dropped dead after a six hour wait in a local emergency room…

Bonnie Marie Hall was with her 70-year-old mother — Susan Tasson — when she died early Wednesday in a Kamloops, B.C., hospital emergency waiting room after a six-hour wait for care.

Hall says her Ontario-born mother had an infectious laugh and a “warrior” spirit. She had three sons and two daughters, loved her grandchildren and had lived in Kamloops since 1987.

“Nobody wants to die in a waiting room. Nobody,” said Hall.

Nobody should ever have to die that way.

But it is going to keep happening, because there is an acute shortage of healthcare workers right now.

All over the nation, the shortage of nurses has become a really big deal, and new mandates are just making things even worse…

Hospitals are struggling to comply with the state’s nurse staffing requirements as pandemic-induced burnout has exacerbated an already chronic nursing shortage nationwide.

But burnout isn’t the only thing compounding California’s nursing shortage: The state’s new vaccine mandate for health care workers is already causing headaches for understaffed hospitals before it is even implemented. Some traveling nurses — who are in high demand nationwide — are turning down California assignments because they don’t want to get vaccinated.

There is a serious shortage of doctors as well, and this is a phenomenon that we are witnessing all over the globe.

For example, over in the UK it is being reported that there is a “shortfall of more than 50,000 doctors” right now…

The NHS may be unable to cope this winter because of a “frightening” shortfall of more than 50,000 doctors, the head of the British Medical Association has warned.

Here in the United States, our healthcare system has never been so close to a state of collapse.

In fact, one doctor recently wrote an article in which he claimed that it has “already collapsed”…

As a resident physician who has only trained in an era of COVID—I was asked to consider graduating from school early in April 2020 to help with medical staff shortages—my time as a doctor has been defined by working in a system that has already collapsed. The American health system I work in has featured limited personal protective equipment, oxygen shortages, and the construction of field hospitals in convention centers and parking garages. Last winter, many hospitals across the country instituted crisis standards of care, forced to ration health services based on criteria that few people envisioned would be used outside of a mass casualty event, like a terrorist attack. Today, hospitals are full in much of the country, with patients requiring an ICU being airlifted thousands of miles in search of a staffed bed. These are not features of a health system that is approaching failure. These are features of a health care system that has broken down spectacularly, forcing doctors and patients to climb through the rubble looking for help.

But just like every other industry, if we had enough people to do the jobs that needed to be done, we would be fine.

In all the years that I have been writing about the economy, finding enough workers has never been a problem.

Once again, there is a question that I must ask.

Where did all the people go?

This is a question that everyone should be asking, because the people that are currently running things are not telling you the truth.