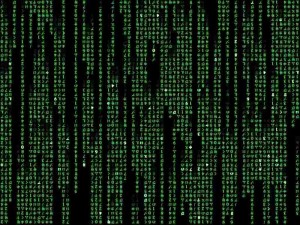 Do you believe that you really think for yourself?  Did you come up with your attitudes, opinions and beliefs on your own, or are they continually being shaped and molded by someone else?  Could it be possible that you and everyone around you is actually hooked into a real life version of “the matrix” that is constantly defining your reality for you?  Sadly, the truth is that almost all of us have willingly hooked ourselves into a colossal media system that literally tells us what to think.  In the United States today, the average American watches 153 hours of television a month.  We also spend huge amounts of time watching movies, surfing the Internet, reading books and magazines, playing video games and listening to music.  Many Americans are so addicted to being “connected” that they will actually become physically uncomfortable if they are at home and there is total silence.  Unfortunately, as I pointed out in a previous article, somewhere around 90 percent of the “information” that we are allowing to be endlessly pumped into our heads is owned by just 6 gigantic media corporations.  So could it be possible that the thousands of hours of “news and entertainment” that you are allowing these gigantic corporations to fill your head with each year is having an effect on you?  Does the mainstream media have more control over you than you ever dreamed possible?  If you want to continue on in blissful ignorance, stop reading now,  but if you want to take “the red pill”, keep on reading because the further down the rabbit hole you go, the stranger that things get.

When you go to work or to school in the morning, what is everyone talking about?

Usually, people are talking about something that they saw on television or that they heard about in the news.

In our society today, the limited interactions that we do have with other people are usually defined by our mutual connection to the media.

I don’t know how many times over the years I have heard someone tell me some version of the following statement: “If that was true we would have heard about it on the news.”

Has anyone ever said something similar to you?

The funny thing is that most of the time I won’t even mention something important that I may have heard in one of my articles unless I can back it up with a “mainstream source”, and I don’t even trust the mainstream media.

I know that the mainstream media often distorts the facts and often tells outright lies, but I regularly link to them because that gives my articles more “credibility” in the eyes of those that are still fully hooked into the matrix.

In a world where the big media corporations have so much power, is there any hope for us?

As long as the big corporations that control the media are dominating and controlling the conversation, is there any chance that there will ever be a mass awakening among the American people?

Our young people seem particularly addicted to being constantly “connected” to the media matrix that is being constructed all around us.  The following is a brief excerpt from a recent article by Daniel Taylor…

Wow – our young people spend more than 200 hours a month connected to the mainstream media?

But we only have about 480 waking hours a month to work with.

If they are being exposed to that amount of continuous propaganda, what hope do our young people have?

In the old days, kids actually played with each other in the streets and adults actually left their homes to interact with one another.

But these days we spend nearly all of our time sitting passively in our homes staring at flickering screens.

Meanwhile, the global elite rely on the mainstream media to keep us distracted and to control the boundaries of public discourse.  Most of the time, the mainstream media focuses on the latest celebrity scandal or the latest dogfights between the Republicans and the Democrats and they systematically ignore many of the more important things that are taking place out there.

Let me just give you one example of how the mainstream media shapes the news.  For decades, there was almost a complete and total media blackout on the Bilderberg Group meetings that happen every year.  Top newspaper executives from the United States would actually attend these meetings, but then their newspapers would not say a single word about them.

If anyone out there did bring up “the Bilderberg Group”, they were dismissed as wacky “conspiracy theorists” and were told that it simply does not exist.

Of course now we all know that it does exist, although the mainstream media in the U.S. still mostly ignores it.  In fact, this has been by design.  The following is what David Rockefeller is alleged to have said during a Bilderberg Group meeting back in 1991…

We are grateful to The Washington Post, The New York Times, Time magazine and other great publications whose directors have attended our meetings and respected their promises of discretion for almost forty years. … It would have been impossible for us to develop our plan for the world if we had been subject to the bright lights of publicity during those years. But, the world is now much more sophisticated and prepared to march towards a world government. The supranational sovereignty of an intellectual elite and world bankers is surely preferable to the national auto-determination practiced in past centuries.

Even today, many prominent “journalists” in the U.S. mock people when they bring up the Bilderberg Group.  For example, Lawrence O’Donnell of MSNBC says that he is “way too lazy” to look into the Bilderberg Group and that he “doesn’t know about it, so it must not exist”.

For much more on the connection between the mainstream media and the global elite, please see this article: “Who Runs The World? Solid Proof That A Core Group Of Wealthy Elitists Is Pulling The Strings“.

Instead of telling us what is really going on in the world, the mainstream media keeps us endlessly distracted.  The following are just a few of the headlines that can be found on the front pages of major mainstream news sites right now…

Wow – those are some examples of some really hard-hitting journalism right there.

So why do most Americans continue to fall for this nonsense?

Sadly, part of the reason is because we have become so “dumbed down” as a society.

But it is not just our presidents that appear to be getting stupider.  The truth is that our public education system is a total joke at this point.  Many of our high school students are as dumb as a rock, and if you can believe it, 23 percent of all Americans cannot even read beyond a fourth-grade level.

Of course the elite are quite pleased with this, because a stupid public is a public that is easier to dominate.

When a large segment of the population can barely read and is accustomed to letting others do their thinking for them, it becomes easier to lie.

For example, on Thursday Paul Krugman of the New York Times made the following statement…

“Growing dependence on government is mostly a myth”

For many more stats and charts that demonstrate the stunning growth of government dependence, please see this article and this article.

Sadly, the truth doesn’t seem to matter too much to the media these days.  The mainstream media tends to be incredibly arrogant, and most of the time they don’t even pretend to be “objective” or “neutral” anymore.

Fortunately, more Americans than ever are becoming dissatisfied with the mainstream media and are starting to seek out alternative sources of information.  According to a recent Gallup poll, the level of trust that the American public has in the mainstream media is now at an all-time low.

So perhaps there is hope after all. 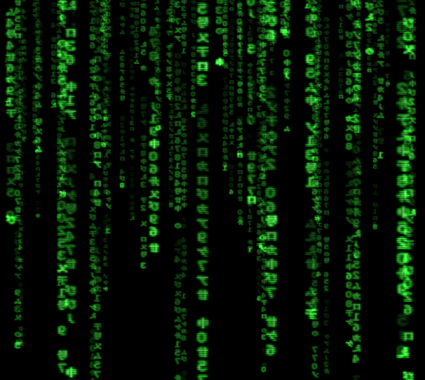