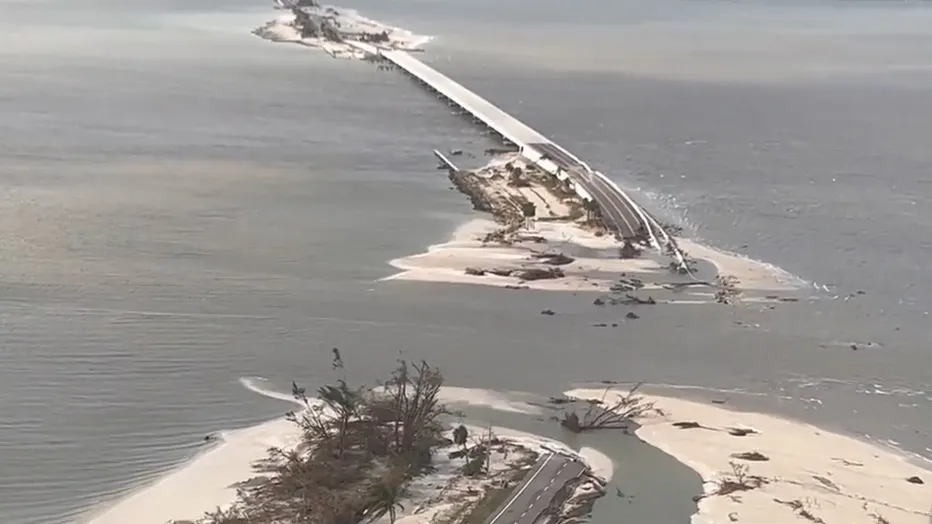 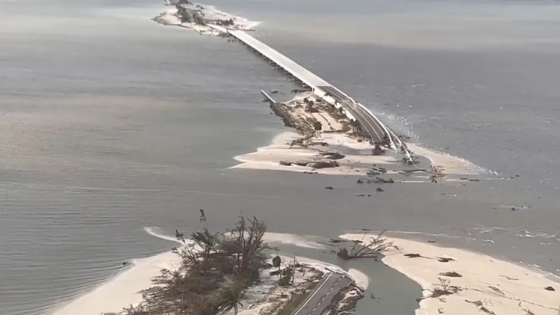 I don’t know if I have the words to describe what we have just seen.  Summer just ended, and within one week we have already witnessed the most costly natural disaster in the entire history of the United States.  There are some areas along the west coast of Florida that have literally been destroyed.  Some have compared the devastation to the dropping of an atomic bomb, and that is not an exaggeration at all.  The state of Florida has never experienced a storm quite like this before, and recovery is going to be measured in years.

When Hurricane Katrina hit New Orleans in 2005, it was a Category 3 storm.

Hurricane Ian had maximum sustained wind speeds of 155 mph, and that put it just 2 mph short of being a Category 5 storm.

But the high winds weren’t what made Ian so horrible.

What made Ian so horrible was the storm surge.  Giant walls of water picked up cars, boats, telephone poles and palm trees and tossed them around like toys.  According to Florida Governor Ron DeSantis, what we just witnessed was a “500-year flooding event”…

Florida Gov. Ron DeSantis said the storm caused a “500-year flooding event” and said Coast Guard helicopters were plucking trapped residents from the roofs of homes. Communities across the state were or will be swamped by the overwhelming waters, he said.

“The impacts of this storm are historic and the damage that has been done is historic,” DeSantis said. “We’ve never seen a flood event like this, we’ve never seen a storm surge of this magnitude.”

This storm greatly strengthened right before it made landfall, and a lot of people were caught off guard by that.

It was already too late when many finally realized that they should evacuate, and it appears that there was a “substantial loss of life” as a result…

“This could be the deadliest hurricane in Florida history,” Biden said after a briefing at FEMA emergency management headquarters in Washington.

He said the numbers “are still unclear, but we’re hearing reports of what may be substantial loss of life.”

In fact, Lee County Sheriff Carmine Marceno says that “the fatalities are in the hundreds”…

“This is a life-changing event for all of us,” Lee County Sheriff Carmine Marceno told “Good Morning America.”

“I don’t have confirmed numbers — I definitely know the fatalities are in the hundreds,” he added.

“So far, confirmed in the hundreds,” he said, noting that conditions were too dire for his officers and other rescuers to get a true sense of the disaster.

Was he referring to just his county or the state as a whole?

Someone should ask him that question.

This is truly a historic tragedy, but some have decided that all of this chaos makes it the perfect time for a crime spree…

Amid the chaos of Hurricane Ian, looting and other crimes have been committed in Lee County.

In coordination with Lee County Sheriff Carmine Marceno, County Commission, city managers and city councils, Dejarlais announced a 6 p.m. curfew for Lee County, which will be in place until further notice.

“To be sure, and I feel safe relaying this in on behalf of law enforcement, there’s going to be a zero-tolerance policy for looting and violence in this town,” Dejarlais said.

I suppose that we shouldn’t be surprised that looting is happening.

Every time there is some sort of a major disaster, this is what some of us do.

It truly is disgusting.

This is a time when everybody should be pulling together.  According to one estimate, the economic damage from this storm could be somewhere in the neighborhood of 260 billion dollars…

Experts expect the damages to cost up to $260 billion, though the clean-up efforts are currently unable to get underway as swathes of Florida remain underwater.

Prior to Hurricane Ian, the costliest natural disaster in U.S. history was Hurricane Katrina.

According to the GAO, Katina caused 170 billion dollars in damage…

Hurricanes Katrina, Sandy, Harvey, and Irma (selected hurricanes) caused costly damages and challenges for some populations in affected communities. In these communities, the National Oceanic and Atmospheric Administration (NOAA) estimated the cost of damages to be approximately $170 billion for Katrina, $74 billion for Sandy, $131 billion for Harvey, and $52 billion for Irma. These estimates include the value of damages to residential, commercial, and government or municipal buildings; material assets within the buildings; business interruption; vehicles and boats; offshore energy platforms; public infrastructure; and agricultural assets.

At this point, it appears that Katrina has been knocked out of the top spot.

Right at the end of September 2022, we have witnessed the costliest natural disaster in U.S. history by a wide margin.

And Ian is not done yet.

As I write this article, the city of Charleston is “bracing for a direct hit” very early on Friday morning…

Charleston is bracing for a direct hit from Hurricane Ian with storm surges of up to 7ft as it hurtles towards the historic city after barreling through Florida leaving swathes of the state decimated and at least 13 dead.

Monster tempest Ian has recharged from a tropical storm back into a Category 1 hurricane as it angles northwards towards South Carolina to pummel the state Friday morning, as well as neighboring North Carolina and Georgia.

Landfall in Charleston is expected around 8am on Friday, with the surrounding states also being issued with several extreme weather warnings.

When the damage to Charleston is factored in, the total economic damage from this storm could easily surpass 300 billion dollars.

This is not something that we are going to be able to bounce back from easily.

For years, I have been warning that unprecedented natural disasters would be headed our way.

The summer is over, the fall is here, and winter is coming.

We have been through so much already, but the rest of 2022 is inevitably going to have even more surprises for us.