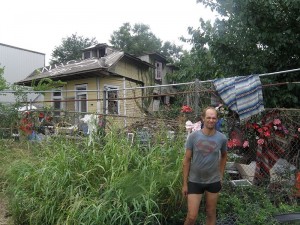 Have you ever laid in bed awake at night with a knot in your stomach because you didn’t know how your family was possibly going to make it through the next month financially?  Have you ever felt the desperation of not being able to provide the basic necessities for your family even though you tried as hard as you could?  All over America tonight, there are millions of desperate families that are being ripped apart by this economy.  There aren’t nearly enough jobs, and millions of Americans that actually do have jobs aren’t making enough to even provide the basics for their families.  When you have tried everything that you can think of and nothing works, it can be absolutely soul crushing.  Today, one of my regular readers explained that he was not going to be online for a while because his power had been turned off.  He has been out of work for quite a while, and eventually the money runs out.  Have you ever been there?  If you have ever experienced that moment, you know that it stays with you for the rest of your life.  If you are single that is bad enough, but when you have to look into the eyes of your children and explain to them why there won’t be any dinner tonight or why they have to move into a homeless shelter it can feel like someone has driven a stake into your heart.  In this article you will find a lot of very shocking economic statistics.  But please remember that behind each statistic are the tragic stories of millions of desperately hurting American families.

Over the past decade, things have steadily gotten worse for American families no matter what our politicians have tried.  Poverty and government dependence continue to rise.  The cost of living continues to go up and incomes continue to go down.  It is truly frightening to think about what this country is going to look like if current trends continue.

1. One recent survey discovered that 40 percent of all Americans have $500 or less in savings.

2. A different recent survey found that 28 percent of all Americans do not have a single penny saved for emergencies.

3. In the United States today, there are close to 10 million households that do not have a single bank account.  That number has increased by about a million since 2009.

4. Family homelessness in the Washington D.C. region (one of the wealthiest regions in the entire country) has risen 23 percent since the last recession began.

5. The number of Americans living in poverty has increased by about 6 million over the past four years.

6. Median household income has fallen for four years in a row.  Overall, it has declined by more than $4000 over the past four years.

7. 62 percent of middle class Americans say that they have had to reduce household spending over the past year.

8. According to a survey conducted by the Pew Research Center, 85 percent of middle class Americans say that it is more difficult to maintain a middle class standard of living today than it was 10 years ago.

9. In the United States today, 77 percent of all Americans are living to paycheck to paycheck at least some of the time.

10. In the United States today, more than 41 percent of all working age Americans are not working.

13. Today, about one out of every four workers in the United States brings home wages that are at or below the federal poverty level.

14. Right now, the United States actually has a higher percentage of workers doing low wage work than any other major industrialized nation does.

15. At this point, less than 25 percent of all jobs in the United States are “good jobs”, and that number continues to shrink.

16. There are now 20.2 million Americans that spend more than half of their incomes on housing.  That represents a 46 percent increase from 2001.

17. According to USA Today, many Americans have actually seen their water bills triple over the past 12 years.

18. Electricity bills in the United States have risen faster than the overall rate of inflation for five years in a row.

20. Health insurance premiums rose faster than the overall rate of inflation in 2011 and that is happening once again in 2012.  In fact, it has been happening for a very long time.

21. According to one recent survey, approximately 10 percent of all employers in the United States plan to drop health coverage when key provisions of the new health care law kick in less than two years from now.

23. Total home mortgage debt in the United States is now about 5 times larger than it was just 20 years ago.

25. Recently it was announced that total student loan debt in the United States has passed the one trillion dollar mark.

26. According to one recent survey, approximately one-third of all Americans are not paying their bills on time at this point.

27. Right now, approximately 25 million American adults are living at home with their parents.

29. The U.S. economy lost more than 220,000 small businesses during the recent recession.

30. In 2010, the number of jobs created at new businesses in the United States was less than half of what it was back in the year 2000.

32. Approximately 57 percent of all children in the United States are living in homes that are either considered to be either “low income” or impoverished.

33. In the United States today, somewhere around 100 million Americans are considered to be either “poor” or “near poor”.

35. Approximately one-fourth of all children in the United States are enrolled in the food stamp program.

36. Right now, more than 100 million Americans are enrolled in at least one welfare program run by the federal government.  And that does not even count Social Security or Medicare.

37. According to the U.S. Census Bureau, an all-time record 49 percent of all Americans live in a home where at least one person receives financial assistance from the federal government.  Back in 1983, that number was less than 30 percent.

What makes all of this even more frightening is that many homeless shelters and food banks around the nation are so overloaded at this point that they are already over capacity.  Just consider this example…

When Janice Coe, a homeless advocate in Loudoun County, learned through her prayer group that a young woman was sleeping in the New Carrollton Metro station with a toddler and a 2-month-old, she sprang into action.

Coe contacted the young woman and arranged for her to take the train to Virginia, where she put the little family up in a Comfort Suites hotel. Then Coe began calling shelters to see who could take them.

Despite several phone calls, she came up empty. Coe was shocked to learn that many of the local shelters that cater to families were full, including Good Shepherd Alliance, where Coe was once director of social services.

“I don’t know why nobody will take this girl in,” Coe said. “The baby still had a hospital bracelet on her wrist.”

Keep in mind that Loudoun Country is smack dab in the middle of one of the wealthiest areas of Virginia.

So if things are that bad in the wealthy areas, exactly how bad are things getting in many of the poorer areas?

Unfortunately, things continue to get worse for this economy.  DuPont has just announced plans to eliminate 1,500 jobs.  There are more major layoff announcements almost every single day.  So how bad will things get when our crumbling economic system finally collapses?  When kind of chaos will be unleashed all over the nation when millions upon millions of Americans finally lose all hope?

In the introduction to this article, I mentioned that one of my regular readers has had his lights turned off.  The following is how he described his situation…

No gas, no water, no electricity at my house. Couldn’t pay the bills. I’m broke. Desperately searching for any means of income, or at least enough cash to get the juice (electricity) restored.

Typing this missive in a dark house using the battery on my laptop. Feels like I’m camping out at home. Hope to get this situation fixed tomorrow… somehow. Needless to say, I *…. hate this.

I was ready for this, but it is still a major league inconvenience. For those of you who DO have power, etc. – and are not ready… oh brother. You need to get ready. Seriously, you do. Because what I’m going through is just an inconvenience. It may someday be a normal occurence. Ugh. (expletives deleted)

Hopefully a way can be found to get his situation turned around, but the truth is that there are tens of millions of other similar stories out there in America today.

What about you?  What are things like in your neck of the woods?  Please feel free to share your thoughts below… 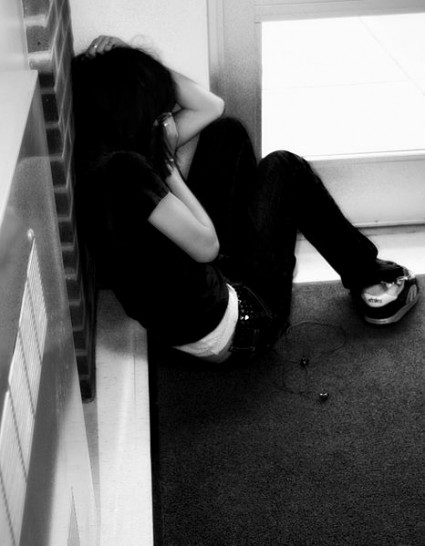