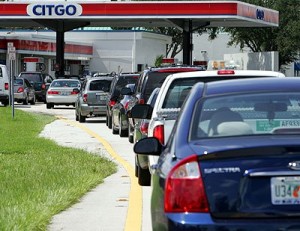 As the Gulf of Mexico oil spill crisis enters a third month, the economic impact of this environmental nightmare is starting to become clearer.  The truth is that the “oil volcano” spewing massive amounts of oil into the Gulf has absolutely decimated the seafood, tourism and real estate industries along the Gulf coast.  Not only that, but energy industry insiders are now warning that the chilling effect that this crisis will have on offshore drilling could precipitate a new 1970s-style energy crisis.  Considering the fact that the U.S. economy was already on incredibly shaky ground even before the oil leak, the last thing we needed was a disaster of this magnitude.  But it has happened, and the reality is that the long-term effects of this crisis are potentially going to reverberate for decades.

The American people certainly have a negative view on the impact that this oil spill will have on the economy.  According to a new poll, about eight out of every 10 Americans expect the oil spill to damage the U.S. economy and drive up the cost of gas and food.

But is a new 1970s-style energy crisis really a possibility?

Could we actually soon be headed for blackouts and gas lines?

Well, former Shell executive John Hofmeister believes that is exactly what we are headed for….

“Within a decade I predict the energy abyss looks like brownouts, blackouts and gas lines.”

In fact, Hofmeister claims that some of his fellow energy industry insiders expect things to be even worse than he is projecting in the years ahead.

Hofmeister says that the problem is the U.S. government….

“Our federal government, when it comes to energy and the environment, is dysfunctional, it’s broken, and it’s unfixable in its current form.”

Without a doubt, the oil spill will have a chilling effect on offshore drilling.  But does that mean that we are going to be facing a shortage of oil in the future?

Well, that is what the advocates of peak oil would have us believe.

But the truth is that there are actually a TON of untapped reserves throughout the United States that could provide everything that we need for decades and more.

Nobody is really supposed to talk about it, but the reality is that there are massive deposits of oil in Alaska, the Colorado Rockies and in the Bakken formation in Montana and the Dakotas that are larger than anything found in Saudi Arabia.

So we will only have an “energy crisis” if that is what oil industry insiders and the U.S. government want.

You see, the oil industry likes to keep the supply of oil down because it means much larger profits for them, and these days the folks in Washington D.C. like anything that causes the U.S. public to use less oil, so higher energy prices are just fine with them.

In fact, rather than focusing on getting the crisis in the Gulf solved, Barack Obama has been exploiting this oil spill to really push his economy-killing climate bill.  It seems like Barack Obama would do just about anything to foist his “cap and trade” carbon tax scheme on the American people.

Energy issues aside, the impact that this oil spill is having on other areas of the Gulf coast economy is very significant.

For example, the Gulf oil spill is absolutely playing havoc with real estate prices in the region.

“I can tell you that things have pretty much dropped to dead.”

After all, who is going to pay top dollar for beachfront property down there at this point?

Not only that, but obviously the oil spill is devastating the seafood industry in the Gulf as well.

The Wall Street Journal recently reported that the average wholesale price for Gulf brown shrimp has jumped by more than half since the crisis began.

In addition, oyster prices are up 33% since the beginning of the oil spill, and as oil continues to spew into the Gulf of Mexico the price increases are only going to become more dramatic.

In fact, many are wondering if the seafood industry in the Gulf will ever recover from all of this.

The truth is that fishermen in Cordova, Alaska are still struggling 21 years after the 1989 Exxon Valdez oil spill devastated the fishing industry in that area.

Some local shrimpers in Louisiana are already predicting that it will be seven years before they can set to sea again, but even that actually may prove to be too optimistic.

Some scientists are warning that the massive quantities of methane that are being spewed into the Gulf of Mexico from the “oil volcano” could create “dead zones” where oxygen is so depleted that literally nothing lives.

So if the oil continues to flow for several more months could very large portions of the Gulf of Mexico become dead zones?

That is a legitimate question at this point.

In addition, the oil spill in the Gulf of Mexico is completely destroying tourism along the Gulf coast.

The truth is that nobody wants to visit places where the beaches are coated with oil and where breathing the air makes your kids want to gag.

Public Service Commissioner Benjamin Stevens recently described what this is going to mean for beaches in his area….

Hotel Owner Dodie Vegas was even more blunt in describing what this crisis means for her business….

But not everyone has been ruined economically by this oil spill.

In fact, it turns out that BP CEO Tony Hayward cashed in about a third of his BP stock one month before the well on the Deepwater Horizon exploded.

Not only that, it has been revealed that Goldman Sachs sold 58% of its shares in BP between January and March of this year.

Isn’t it amazing how the elite always seem to have such perfect timing?

Even if Tony Hayward resigns as a result of this crisis, he is going to get a 10.8 million pound ($16 million) golden parachute.

No, the true losers in all of this are going to be those living along the Gulf of Mexico who have had their lives, their businesses and the beautiful environment around them destroyed.

We are literally watching an entire region of America slowly die, and Barack Obama still refuses to accept any of the international assistance that is being offered.

If what is happening in the Gulf of Mexico is not enough to get the American people angry, then what will?  This crisis has been so badly mismanaged that it is absolutely mind blowing.  Let’s just hope that someone can find a way to stop the oil soon.