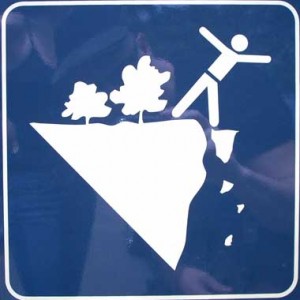 With each passing news cycle, it seems like the economic headlines just keep getting worse.  And unfortunately, the highly integrated global economy that we have constructed means that what happens on one side of the world is going to very likely have a big impact on the other side of the world.  A meltdown in New York or Los Angeles is going to affect London, Paris, Rome, Berlin, Moscow, Beijing and Tokyo.  That is just the way the world works now.  Back in 2007 and 2008, the financial crisis that began in the United States devastated economies across the globe.  So are there any economic problems brewing out there right now that could send another wave of panic across the globe?

Well, yes, actually there are a whole bunch of them.  In fact, if certain things break the wrong way it could create a gigantic mess in the financial world.  Let’s take a few moments to examine a few of the questions that economists are asking right now….

Will The Eurozone Break Up And Devastate The Global Economy?

One of the most respected financial journalists in the world, Ambrose Evans-Pritchard, is warning that cases currently making their way through the German court system could actually result in the breakup of Europe’s monetary union.  The cases involve the massive EU bailouts that have been agreed to recently.  It is being argued that these bailouts actually violate EU treaty law, and therefore they also violate Germany’s supreme and sovereign Basic Law.

So what would happen if the German courts rule against these bailouts?

Well, it could be catastrophic.  Ambrose Evans-Pritchard put it this way in his recent column….

“Should they succeed, of course, the eurozone risks disintegration within days, and perhaps hours.”

And he is not the only one sounding the alarm.  In fact, one major Dutch bank is warning that a full-fledged disintegration of the eurozone would trigger the worst economic crisis in modern history and would unleash a deflationary shockwave that would envelop the entire globe including the United States.

That doesn’t sound promising, does it?

So is it going to happen?

It would be a great, great victory for national sovereignty if it did happen, but there are just way too many powerful interests that are way too invested in seeing the eurozone succeed.  In addition, the legal, economic and political obstacles that would have to be overcome to fully break apart the eurozone are absolutely mind-numbing when you start thinking about them all.

Instead, what we are likely to see are calls for even more European integration.  Already, many politicians are claiming that the current crisis has been caused because Europe is simply not integrated enough.

So, no, the eurozone is not likely to break up, but that doesn’t mean that we are not going to see massive economic problems in Europe over the coming years.

The U.S. Congress continues to debate whether or not they are going to extend long-term unemployment benefits for an estimated 2.1 million unemployed Americans that have stopped getting unemployment checks.

So will they end up getting it done?

But there are a growing number of lawmakers that are extremely alarmed about how incredibly fast the U.S. debt is growing.

It is a shame that many of them were not concerned about it 12 or 13 trillion dollars ago.

Not that we shouldn’t help the millions of American workers that have been out of work for a long time and can’t get jobs.

A lot of people are really, really suffering out there right now.

Well, as we detailed in a previous article, our politicians and our big American corporations have been busy shipping them off to China and to a whole host of third world nations over the past couple of decades.

The millions upon millions of jobs that have been lost are gone permanently and are not coming back.

So we are likely to continue to have a growing underclass of chronically unemployed blue collar workers that don’t have jobs and can’t get jobs because there are not nearly enough of them for everyone.

So, yes, Congress is likely to extend the unemployment benefits soon, but what those millions of Americans really need are good jobs.

Will The World Trade Imbalance Continue To Get Worse?

It was recently announced that China’s trade surplus climbed 140 percent in June compared to a year earlier.

At least globalism is working well for somebody.

The truth is that someday people will look back and think that U.S. leadership must have been insane when they allowed the greatest economic machine to ever be assembled to systematically be dismantled and shipped off to China, India and dozens of other third world countries around the globe.

The other side of this tragedy is the tremendous exploitation of third world populations which we are allowing big global corporations to get away with.

In one of his recent articles, Stephen Lendman told the tragic story of sweatshop worker Naran Dhula Bhil….

In February 2009, he was hospitalized at Dharmaj, in Gujarat state, coughing, very weak, struggling to walk, and unable to lift anything heavier than five pounds. Since mid-2008, he lost almost half his body weight, dropping from 132 to 70 pounds of skin and bones. On April 14, he died of silicosis, the result of greed, indifference, and consumer ignorance about buying “gemstones of death.”

Bhil was 11 when he began working as a grinder, shaper, and polisher, making gemstones into hearts, pendants, rings, beads, and various type ornaments.

For a day’s work, he produced 100 – 150 for 15.5 cents an hour, $1.08 daily, or less than a penny for each stone produced, each giving off silica dust that killed him. By age 20, he knew it, stayed on the job, borrowed money to buy gemstones, and became “bonded,” meaning he couldn’t quit until out of debt, what few grinders ever do.

Bihl said his shop employed 35. Only four or five are left, the others sick or dead. “So many have died,” he said, and when he expired “he did not have a single penny to his name,” as true for most others.

Could you imagine if that was your life story?

What big global corporations are getting away with is absolutely mind blowing.

The global economic system is broken and the only ones who seem to really be benefiting from it are the giant corporations and the ultra-rich.

Is this going to change any time soon?

No, unfortunately, it will not.

Will Americans Continue to Be Obsessed With Money?

According to a new poll of Americans between the ages of 44 and 75, 61% said that running out money was their biggest fear. The remaining 39% thought death was scarier.

Running out of money scarier than death?

Yes, it is very important to provide for ourselves and for our families, especially as we head towards economic collapse, but the obsession that the American people have with money and wealth is completely and totally out of control.

At the end of your life, do you want your life to be defined by the pile of stuff that you have accumulated or by what you were able to do with your life?

The truth is that we don’t even actually “own” most of what we think that we own.

There is so much more to life than getting stuff and having stuff, but the mainstream media will continue to push Americans to love the “consumer culture” which has come to dominate our way of life.

So, yes, Americans will continue to be obsessed with wealth, money and with who LeBron James is playing basketball for.

But you can make a different choice.  You can choose to live your life for what really matters.

Is The U.S. Economy Going To Turn Around As We Approach The Christmas Season And The End Of The Year?

Many analysts are hoping that as the holidays approach the American people will get back to their old ways of spending massive amounts of money and that this will help jumpstart the U.S. economy.

So is there reason for optimism?

So what are some of the areas in the U.S. that are the worst economic disaster zones?

Well, everyone knows about Detroit.  Once regarded as one of the crown jewels of American industry, Detroit is now a rusted-out war zone that is a shell of its former self.

South of there, the state of Illinois has now become a complete and total disaster zone.  The government of Illinois has stopped paying even its most essential bills and it now ranks eighth in the world in possible bond-holder default.  Universities and government agencies are experiencing absolute chaos as they try to figure out how they are going to continue to function without any money.

Of course then there is California, where the Schwarzenegger administration has won an appellate court ruling saying it has the authority to impose the federal minimum wage of $7.25 an hour on more than 200,000 state workers as California wrestles with its latest budget crisis.  Things are now so bad in California that in the region around the state capital, Sacramento, there is now one closed business for every six that are still open.

Next door to California, in Nevada, things may be even worse.  Official unemployment in Nevada is hovering around 14 percent (unofficially it is much higher of course) and it is estimated that a whopping 65 percent of all homes in the state of Nevada are underwater.  There is perhaps no state in the U.S. that has been hurt more seriously by the housing crash than Nevada.

On top of all this, there is the threat that the Gulf of Mexico oil spill could push the teetering U.S. economy completely over the edge.

Many cities along the Gulf of Mexico coast were already economic disaster zones even before this oil spill.

But now we are talking about an economic nightmare of unprecedented proportions.

The seafood, tourism and real estate industries along the Gulf coast have been decimated and people are leaving in droves.  It could be years, or even decades, before things get back to some kind of “normal” in the area.

Some are even warning that this oil spill could cause the collapse of BP, and if that happens it could bring about absolute chaos on world financial markets.

Well, it turns out that BP is a major source of global liquidity and is a major player in the worldwide derivatives market.

If someday the worldwide derivatives market crashes, there won’t be enough money in the entire world to fix that problem.

But that is a topic for another day….