The election results from Greece are in and the pro-bailout forces have won, but just barely.  It is being projected that the pro-bailout New Democracy party will have about 130 seats in the 300 seat parliament, and Pasok (another pro-bailout party) will have about 33 seats.  Those two parties have alternated ruling Greece for decades, and it looks like they are going to form a coalition government which will keep Greece in the euro.  On Monday we are likely to see financial markets across the globe in celebration mode.  But the truth is that nothing has really changed.  Greece is still in a depression.  The Greek economy has contracted by close to 25 percent over the past four years, and now they are going to stay on the exact same path that they were before.  Austerity is going to continue to grind away at what remains of the Greek economy and money is going to continue to fly out of the country at a very rapid pace. Greece is still drowning in debt and completely dependent on outside aid to avoid bankruptcy.  Meanwhile, things in Spain and Italy are rapidly getting worse.  So where in that equation is room for optimism?

Right now the ingredients for a “perfect storm” are developing in Europe.  Government spending is being slashed all across the continent, ECB monetary policy is very tight, new regulations and deteriorating economic conditions are causing major banks to cut back on lending and there is panic in the air.

Unless something dramatic changes, things are going to continue to get worse.

Yes, the Greek election results mean that Greece will stay in the euro – at least for now.

But is that really a reason for Greeks to celebrate?

Right now, the unemployment rate in Greece is about 22 percent.  Businesses continue to shut down at a staggering rate and suicides are spiking.

So far this month, about 500 million euros a day has been pulled out of Greek banks.  The entire Greek banking system is on the verge of collapse.

Meanwhile, the Greek government is still running up more debt.  It is being projected that the Greek budget deficit will be about 7 percent of GDP this year.

The Greeks went to the polls and they voted for more of the same.

Someone once said that the definition of insanity is doing the same thing over and over again and expecting different results.

Unfortunately, it looks like things are going to continue to get worse in Greece for quite some time.

And the rest of Europe is heading into a very bleak economic future as well.

At the moment, unemployment in the eurozone is at a record high.

Most analysts expect it to go even higher.

The Spanish banking system is a complete and total disaster at this point.  The Spanish government has already asked for a 100 billion euro bailout for its banks.

Spain is facing a housing collapse similar to what the United States went through back in 2008 and 2009.  Right now, home prices in Spain are absolutely collapsing….

Fresh data yesterday shows how desperate the crisis is becoming in Spain. The property crash is accelerating. House prices fell at a 12.6pc rate in the first quarter of this year, compared to 11.2pc the quarter before, and 7.4pc in the quarter before that. Prices have fallen 26pc from their peak.

“Fundamentals point to a further 25pc decline,” said Standard & Poor’s in a report on Thursday. It may take another four years to clear a glut of one million homes left from the building boom.

Meanwhile, money is being pulled out of banks in Spain at a very alarming rate.  As panic spreads we are seeing slow motion bank runs all over Europe.  Over the past few months massive amounts of money have been moved from troubled nations to “safe havens” such as Switzerland and Germany.

Investors are getting very nervous and yields on Italian and Spanish debt are spiking again.

Last week yields on Spanish debt hit their highest levels since the introduction of the euro.  Without massive ECB intervention the yield on 10 year Spanish bonds will almost certainly blow well past the 7 percent danger mark.

The credit rating agencies are indicating that there is danger ahead.  Moody’s recently downgraded Spanish debt to just one notch above junk status.  Spain is heading down the exact same road that Greece has gone.

The situation in Europe is very grim.

Greece is going to need bailouts for as far as the eye can see.

Spain is almost certainly going to need a huge bailout.

Italy is almost certainly going to need a huge bailout.

Ireland and Portugal look like they are going to need more money.

France is increasingly looking vulnerable, and Francois Hollande appears to have no real solutions up his sleeve.

As I have said so many times before, watch Europe.

Every few weeks there are headlines that declare that “Europe has been saved” but things just keep getting worse.

The governor of the Bank of England, Mervyn King, said the following a few weeks ago….

“Our biggest trading partner is tearing itself apart with no obvious solution.”

And that is the truth.  There is no obvious solution to the problems in Europe.  The politicians could kick the can down the road for a while longer, but in the end there will be no avoiding the pain that is coming.

The equation for what is happening in Europe that I have shared before still applies….

We are watching a slow-motion financial train wreck that is absolutely unprecedented happen right in front of our eyes and our politicians are powerless to stop it.

It is going to be a long, hot summer for the European financial system.

On election day in Greece, the mood was incredibly somber.  Instead of celebrating, most Greeks seemed resigned to a very hard future.  As an article in the Telegraph described, the entire nation seems to be grinding to a halt….

This is the election that is supposed to decide whether Greece stays in the euro. Yet as it, and Europe, face what could be their Katrina moment, the dominant sense here is not of panic, or fear, or even hope – but of a country in suspended animation, grinding to a halt.

The Athens Heart shopping centre, in the southern suburbs, is polished, full of big brands, and almost totally empty of customers. “We’ve had five sales all day,” says Steryiani Vlachakou, the assistant in the Champion sportswear store. “It’s been getting a lot, lot worse.”

Sadly, it is not only Greece that is doomed.

The truth is that all of Europe is doomed, and when Europe falls the entire globe is going to feel it.

So get ready for the hard times that are coming.  The pain is going to be immense and most people are not even going to see it coming. 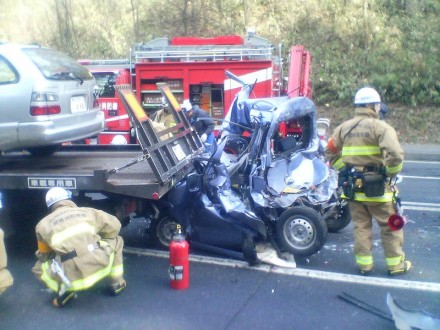