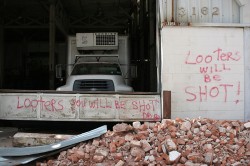 Many people hype “the coming economic collapse” as if it is some kind of big summer Hollywood blockbuster.  Many people out there write about it as if it is something that will happen in a single day or over a few weeks and that it will suddenly change how the entire world functions.  But that is not how the financial world works.  The financial world is like a game of chess – very slow and methodical.  Yes, there are times when things happen very quickly (like back in 2008), but even that crisis played out over a number of months.  Sadly, most Americans are not used to thinking in terms of months or years.  These days, most Americans have the attention span of a goldfish and most Americans have been trained to expect instant gratification.  They are simply not accustomed to being patient and to wait for things.  Well, despite what you may have read, the economic collapse is not going to be a single event.  It is going to play out over quite a few years.  In some ways we are experiencing an economic collapse right now.  When the next major financial crisis occurs, many will be calling that “an economic collapse”.  But if you really want to grasp what is happening to us, you need to think long-term.  We are heading for a complete and total nightmare, but it is going to take some time to get to the end of the story.

Yes, there will certainly be times of great chaos.  The financial crisis of 2008 was one of those moments.

But the financial crisis of 2008 did not completely destroy us.

Neither will the next crisis.

I think it is helpful to think of what is happening to us as a series of waves.

When you build a beautiful sand castle on the beach, the first wave that comes in does not totally destroy it.

Rather, the first wave weakens the castle and it is destroyed by subsequent waves.

Well, that is what is happening to us.

The financial crisis of 2008 was a wave.

The epicenter of the next great financial crisis will be in Europe and that will be another wave.

For many, the next financial crisis will feel like “the end of the world” but it won’t be.

There will be waves after that one that will be even worse.

Yes, the waves are going to start coming more rapidly and will start becoming more intense.

In that way, they will kind of be like birth pains.

But these problems did not build up overnight and they are not going to disappear overnight either.

A lot of people that write about the coming economic collapse seem to suggest that we should just let it happen so that the “recovery” can begin.

Unfortunately, it is not going to be so simple.

It took decades to build up a national debt of almost 16 trillion dollars.

It took decades for American consumers to build up the greatest consumer debt bubble in the history of the world.

It took decades to gut the economic infrastructure of the United States and ship millions of our jobs overseas.

These problems are going to plague us for a very long time.

Sadly, a lot of people out there seem to wish for an economic apocalypse.  They seem to think that if the global financial system crashes that the government is going to disappear and we are going to start fighting with each other using sharp pointed sticks.

Well, it simply is not going to happen.

In fact, the federal government will probably try to grab more power than ever in an attempt to “restore order”.

The governments of Europe are not going to disappear either.  In fact, in the long run Europe is probably going to end up more “federalized” than ever even if the euro breaks up in the short run.

A lot of people out there seem to think that when the old system collapses that it will give them an opportunity to help put in a new system.

Sorry, but that is not going to happen either.

The powers that be are going to have their own ideas about what needs to happen.

They never like to let a good crisis go to waste, and they will certainly try to use every crisis to shape the world even more in their own image.

The coming economic collapse is going to play out over a number of years and it is going to be absolutely horrible.

Billions of people will deeply suffer because of it.

It will be unlike anything any of us have ever seen.

Personally, I believe that it will eventually be much worse than the Great Depression of the 1930s.

If you thought that the unemployment crisis during the last recession was bad, just wait until you see what is coming.

We are heading for a complete and total unemployment nightmare in the United States.  Unemployment is eventually going to soar well up into the double digits.

The U.S. government will try a wide variety of measures to try to “fix” things, and some will likely have some limited success.

But the debt-fueled prosperity that we are all enjoying now is going to come to an end.

Many communities all over America will degenerate into rotting cesspools.

There are going to be riots in our major cities, crime and looting will be absolutely rampant and it will seem like society is coming apart at the seams.

The U.S. government will likely respond by becoming more authoritarian than ever, and that will truly be frightening.

But all of this is going to play out over time.

Right now, things are not as good as they were five years ago.

A couple of years from now, things will be even worse.  Many of us will look back and wish that we could return to the “good old days” of 2011 and 2012.

We are on a decline that is not going to stop.  There will be little false bubbles of hope like we are in now, but they won’t last long.

But just because the economy is falling apart does not mean that your life is over.  Many that are busy preparing right now will be greatly blessed even in the middle of all the chaos.

And it is when things are the darkest that the greatest lights are needed.

Make the decision right now to be a light during the times ahead. 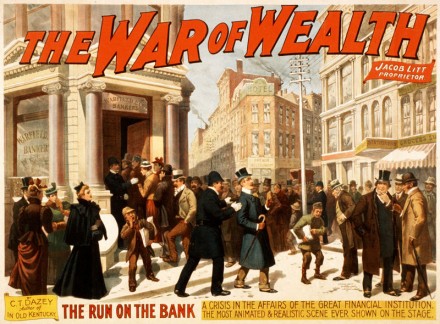