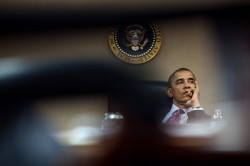 69 members of the U.S. House of Representatives have sent Barack Obama a letter expressing their concern that a new international treaty currently being negotiated would essentially ban all “Buy American” laws.  This new treaty is known as the Trans-Pacific Partnership, and it is going to be one of the biggest “free trade” agreements in history.  Critics are referring to it as the “NAFTA of the Pacific“, and it would likely cost the U.S. economy even more jobs than NAFTA did.  At the moment, the Trans-Pacific Partnership includes Brunei, Chile, New Zealand and Singapore.  Barack Obama is pushing hard to get the United States into the TPP, and Australia, Peru, Malaysia, Vietnam, Canada, Japan and South Korea are also reportedly interested in joining.  But quite a few members of Congress have heard that “Buy American” laws will essentially be banned under this agreement, and this has many of them very concerned.  You can read the entire letter that was sent to Obama right here.  Unfortunately, the leaders of both major political parties are overwhelmingly in favor of the Trans-Pacific Partnership, so the objections of these 69 members of Congress are likely to fall on deaf ears.  The Trans-Pacific Partnership will accelerate the flow of American jobs out of this country, and meanwhile our politicians will continue to insist that they are doing everything that they can to “create jobs”.

Since the 1930s, the American government has offered preferential treatment to American producers in the awarding of federal contracts. If a domestic producer offers the government a more expensive bid than a foreign producer, it can still be awarded the contract under certain circumstances, but more recent free trade agreements have granted other nations the same negotiating status as domestic firms. The Obama administration is currently pushing to grant the several nations involved in the Trans-Pacific deal the same privileged status, according to the Thursday letter.

The big problem is that foreign companies often have huge advantages over firms based in America.

In the United States, we have minimum-wage laws.  On the other side of the globe, it is legal to pay workers less than a dollar an hour with no benefits.

In the United States, we have thousands upon thousands of laws and regulations that businesses must comply with.  On the other side of the globe, there is often very little red tape.

The truth is that “free trade” is a really bad deal for the average American worker.  In the emerging one world economic system, labor has become a global commodity and U.S. workers must now compete for jobs with people on the other side of the planet.

Since U.S. workers are often 10 to 20 times more expensive than workers on the other side of the world, there has been a massive outflow of jobs from this country.  Treaties such as the Trans-Pacific Partnership will accelerate those job losses.

You would think that our politicians would notice that our formerly great manufacturing cities are turning into hellholes.

For example, the following is how James Kunstler described what he saw when he traveled through Gary, Indiana recently….

Between the ghostly remnants of factories stood a score of small cities and  neighborhoods where the immigrants settled five generations ago. A lot of it was foreclosed and shuttered. They were places of such stunning, relentless dreariness that you felt depressed just imagining how depressed the remaining denizens of these endless blocks of run-down shoebox houses must feel. Judging from the frequency of taquerias in the 1950s-vintage strip-malls, one inferred that the old Eastern European population had been lately supplanted by a new wave of Mexicans. They had inherited an infrastructure for daily life that was utterly devoid of conscious artistry when it was new, and now had the special patina of supernatural rot over it that only comes from materials not found in nature disintegrating in surprising and unexpected ways, sometimes even sublimely, like the sheen of an oil slick on water at a certain angle to the sun. There was a Chernobyl-like grandeur to it, as of the longed-for end of something enormous that hadn’t worked out well.

The economic guts of this country are being ripped to shreds right in front of our eyes.

Overall, more than 56,000 manufacturing facilities in the United States have been shut down since 2001.

That number is so crazy that it is hard to fully grasp.

The truth is that the “free trade” agenda of globalists such as Barack Obama is absolutely devastating our economy.

There are hundreds of statistics which prove this.  I don’t have space in this article to reproduce them all, but if you are interested in examining many of them I recommend checking out the following articles….

4) 17 Facts About The Decline Of The U.S. Auto Industry That Are Almost Too Crazy To Believe

6) The Worst In The World – The U.S. Balance Of Trade Is Mind-Blowingly Bad

7) Free Trade Or Fair Trade? 20 Reasons Why All Americans Should Be Against The Insane Trade Policies Of The Globalists

That is why “Buy American” laws are such a good thing.  They help to protect American jobs.

But even if you do not work in an industry where large numbers of jobs are being sent out of the country, the loss of jobs still affects you.  The millions of Americans that are being displaced from jobs that have been sent overseas end up applying for other kinds of jobs.  So they become your competition.  This increases the demand for the jobs that remain and it keeps wages down.

As I wrote about the other day, 95 percent of the jobs lost during the last recession were middle class jobs.  Many of those jobs have been replaced by low income jobs, but you can’t support a family on a low income job.

The Obama administration tells us that the unemployment rate is going down, but the truth is that there are now almost 101 million working age Americans that do not have jobs.

But most Americans that are unemployed just want to get back to work.  Many suffer in complete anonymity and many never take a single penny from the government.  They just want someone to hire them so that they can put in an honest day of work for an honest day of pay once again.

Even if you still have a good job, it could be gone tomorrow.  This point was underscored by a comment that a reader identified as “DaytoDay” left on a recent article….

Well, I can relate to this, I just lost my job Tuesday. I worked for Uhaul and on the DAY that I became eligible for my benefits and 401k they canned me, exactly 90 days.

I was notified while working, and was instantly let go, up until that point, there had been no warnings, no emails, no conferences, nothing… They simply fired me to avoid paying the benefits and 401k that was would have been entitled to.

And to think, this is the reward for being a good hard worker?

Other Americans are not able to find any work at all.  This is especially true for young Americans.  Millions upon millions of hard working Americans are graduating from college only to find that the “real world” can be very cruel.

For example, just check out the comment that a reader named “Simon” left on one of my recent articles….

I graduated from a top university just after the Collapse of 2008 (Class of ’09). I had already seen the number of customers at my college job go way down in that year. Got my four-year degree, had good grades, good work record. Now I live in south FL and I can’t even get a job in fast food, there is so much competition for minimum-wage jobs. No one wants to hire me to wait tables or bag groceries because I have a prestigious degree. The only thing I got out of college was 10 grand in debt, which is actually quite small (I came from a poor family, so I got a lot of free tuition to bribe me to be part of the university indoctrination). Good thing I defaulted on my loans a year or two ago or I would be in worse trouble. I just throw out all their threatening letters and never answer their calls- my friend told me it would work, and it did. Of course I’m no longer a “good citizen”- I don’t earn money, don’t pay taxes, don’t have health insurance, my credit is horrible, I’ll never buy a home or a new car—but who cares?

Millions of other Americans that have lost their jobs have been forced to take whatever they can get.  A reader identified as “Gary2” recently left a comment on one of my articles describing what his family has been through….

Check this out—I had 12 years as a good worker (regional manager level position) several promotions-steller reviews-which I kept copies of BTW) regular good pay increases heck I even saved a persons life, got a big award plack for it, pictures with everyone etc and 4 months later was downsized–no warning no thanks for helping them pass many JACHO inspections (I was a regional manager for a hospital chain) nothing. Just that we decided to outsource your entire department and that you are no longer needed.

So now I get to be grossly underemployed making 1/2 of what I used to make with NO benefits. My wife is no longer a stay at home raise the kids mom and is also working. Together we still make less than I did on my own. This sucks.

As millions upon millions of Americans suffer deeply month after month, it is creating a volcano of anger and frustration that could absolutely devastate our society at some point.  A reader identified as “Cinderella Man” left the following comment on a recent article….

If anyone thinks that almost 50 million Americans on food stamps is a sign of recovery and pardon my language but you have **** for brains. The other day I went shopping and I spent $170 on my ten bags of food and I watched a man and his daughter ring up ten packs of cheap balogna he meekly asked the clerk if those were the 10 for 10 deal and she said yes. Then the Dad said to the daughter “I hope you like it were going to be eating it till we bust!” This is what our world has come to. A man is feeding his kid trying to stretch their meager food stamp budget by eating balogna for several meals. I couldnt help but think of the movie of my namesake Cinderella Man with Russell Crowe when his wife was frying balogna for every meal back during the first Great Depression. Ive seen it all in these past 4 years. From beautiful women in souplines and ****** hotels to living in my car and watching inflation destroy all of our lives. We are all 9 meals from anarchy.

Sadly, thousands upon thousands more good jobs are being lost each and every month.

So have any of you ever had your job shipped out of the country?  Feel free to post a comment with your thoughts below…. 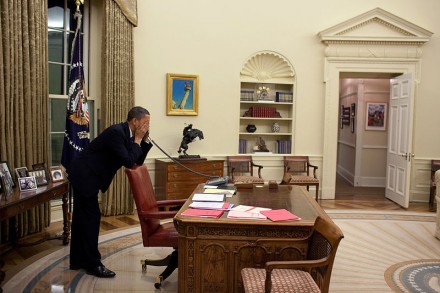