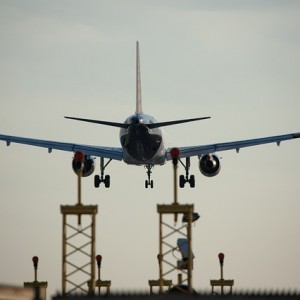 Why does Barack Obama refuse to take even the most basic steps to protect Americans from Ebola?  Even though it has already been demonstrated that Ebola can be brought over to the United States by a passenger on an airplane, Obama refuses to do anything that would even restrict air travel from nations where Ebola is spiraling out of control.  Back in September, Obama said that it was “unlikely” that any individual with Ebola could get through the “extensive screening” at our airports and pose a threat to the general population.  But he was wrong.  That has already happened.  And yet the official White House position is that there is “no consideration of a travel ban” at this point.  What possible explanation is there for such gross negligence?

All of this talk about “extensive screening” at our airports is just a smokescreen because it does not exist.  As Mike Adams of Natural News has pointed out, Thomas Eric Duncan walked freely through our airports and entered the general population without ever being asked by U.S. security personnel about where he was from or if he had any health conditions…

Ebola “patient zero” Thomas Eric Duncan flew right into the United States and walked through the international airports of both Washington D.C. and Dallas-Fort Worth. He was never asked about his country of origin and was never screened for any health conditions.

Why are people whose flights originate in Liberia and Sierra Leone still allowed to openly travel to large U.S. cities?

And nothing changed even after news broke of a confirmed case of Ebola in Dallas.  Just consider the following excerpt from a CNN news story that I included in a previous article…

CNN Senior Medical Correspondent Elizabeth Cohen said when she and two colleagues recently returned from reporting in Liberia, they got a mixed bag of responses from Customs and Border Protection officers.

“We all said we were journalists who had just been in Liberia covering Ebola,” Cohen said. “One of my colleagues was told, ‘Oh, OK, welcome back home, sir’ — and (was) just let in — that was it.”

Cohen herself got a different response.

“I was told, ‘Wait a minute, I think I got an email about this,’ and the border patrol officer went and consulted with his colleagues,” Cohen said.

That officer later told her she should check her system for 21 days.

“I said, ‘What should I be checking?’ And he wasn’t sure,” Cohen said.

Barack Obama is either lying or he is being grossly negligent when he says that we don’t need to be concerned about air travel from Liberia, Guinea and Sierra Leone because of how good the screening at our airports is.

When it comes to his primary fundamental duty, he is completely dropping the ball.  The following is from a recent Fox News opinion piece…

The fundamental duty of the nation’s chief executive is to protect its citizens. Under Article II of the Constitution, he is duty-bound to respond to threats and to conduct the country’s foreign affairs. When a crisis presents itself, the president has nearly unfettered power and discretion to act. This includes protecting the health and safety of Americans. Does stopping the deadly spread of Ebola constitute such a crisis?

At this point, a whole host of lawmakers are calling for Obama to restrict air travel from West Africa.

And a petition on Whitehouse.gov to ban all incoming and outgoing flights has more than 10,000 signatures so far.

But the White House is not moving.

In fact, Press Secretary Josh Earnest says that there is “no consideration of a travel ban”…

There’s no consideration of a travel ban at this point.  But I can tell you that there is — well, let me explain.  There are a couple of good reasons for that.  The first is there is in place a very sophisticated, multilayered screening system in place to ensure that the traveling public is safe.

Those screening protocols begins at the point of departure; that in West Africa and these counties, under the supervision of international personnel, there are screening protocols in place to ensure that those individuals who are already exhibiting symptoms of Ebola don’t board aircraft.  This includes everything from a visual examination of passengers as they’re preparing to board aircraft, to giving them questionnaires that they have to fill out.  In other cases, it even involves taking the temperature of passengers before they board aircraft.  So there is screening protocol in place even before individuals enter the transportation system.

As with so many other things, it is hard to tell whether the Obama administration is lying, is being completely incompetent or is pursuing some sort of insidious agenda that we are now aware of yet.

Sadly, the CDC is actually backing Obama up on this.  Just check out what the head of the CDC said about a potential travel ban last week…

Barring all incoming flights from Ebola-hit countries in West Africa might seem like the best way to prevent an outbreak of the virus in the United States, but doing so would actually hurt efforts to curb the outbreak in the long run, Tom Frieden, M.D., MPH, director of the Centers for Disease Control and Prevention, said today (Oct. 2).

“If we take actions that seem like they may work, they may be the kind of solution to a complex problem that is quick, simple and wrong,” said Frieden in a press conference. “The approach of isolating a country is that it’s going to make it harder to get help into that country.”

Of course medical personnel that are fighting this disease should be allowed to fly in and out of those countries.

But why can’t we ban all non-essential personnel  from flying back and forth?

Meanwhile, the Obama administration also continues to be negligent in guarding our southern border.

We know that people from Liberia, Guinea and Sierra Leone cross our border with Mexico illegally.  In fact, hundreds of such individuals from those countries were caught by border patrol agents during fiscal year 2013…

Government figures indicate that 112 individuals were interdicted illegally crossing into the United States from Guinea, 231 from Liberia, and another 145 from Sierra Leone, the three Ebola hot spots. The period of these apprehensions was one in which we had a larger Border Patrol presence on the actual border than we do now.

And those are just the ones that we were able to apprehend.

The truth is that most of the people that cross our borders illegally we do not catch.

If Obama and his minions continue to refuse to take even the most basic steps to protect us, it is inevitable that more people with extremely deadly diseases such as Ebola will enter this country and circulate among the general population.

If our health system was ready to handle such diseases, that would be one thing.

Unfortunately, that is not the case.  In fact, one recent survey found that most nurses in the United States do not believe that their hospitals are ready to handle patients with Ebola…

A survey by National Nurses United of some 400 nurses in more than 200 hospitals in 25 states found that more than half (60 percent) said their hospital is not prepared to handle patients with Ebola, and more than 80 percent said their hospital has not communicated to them any policy regarding potential admission of patients infected by Ebola.

Another 30 percent said their hospital has insufficient supplies of eye protection and fluid-resistant gowns.

This Ebola outbreak has the potential to become the greatest health crisis that any of us have ever seen.

But Obama absolutely refuses to take even the most basic steps to keep us safe from this disease.

Why won’t Obama do something?