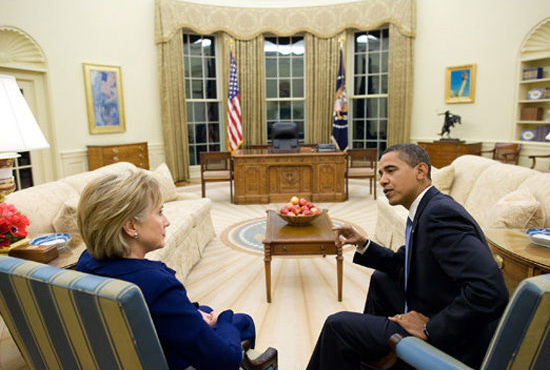 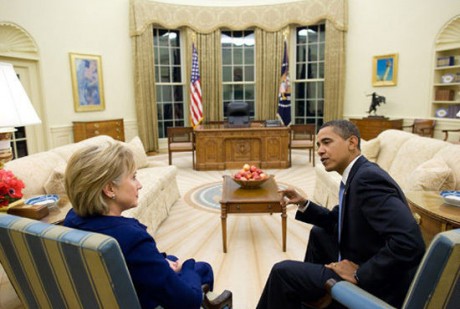 Just when it looked like Hillary Clinton was poised to win the 2016 election, the FBI has thrown a gamechanger into the mix. On Friday, FBI Director James Comey announced that his agency has discovered new emails related to Hillary Clinton’s mishandling of classified information that they had not previously seen. According to the Associated Press, the newly discovered emails “did not come from her private server”, but instead were found when the FBI started going through electronic devices that belonged to top Clinton aide Huma Abedin and her husband Anthony Weiner.  The FBI has been looking into messages of a sexual nature that Weiner had exchanged with a 15-year-old girl in North Carolina, and that is why they originally seized those electronic devices.  According to the Washington Post, the “emails were found on a computer used jointly by both Weiner and his wife, top Clinton aide Huma Abedin, according to a person with knowledge of the inquiry”, and according to some reports there may be “potentially thousands” of emails on the computer that the FBI did not have access to previously.  Even though there are less than two weeks to go until election day, this scandal has the potential to possibly force Clinton out of the race, and if that happens could Barack Obama delay or suspend the election until a replacement candidate can be found?

Let’s take this one step at a time.  On Friday, financial markets tanked when reports of these new Clinton emails hit the wires.  The following comes from CNN…

After recommending earlier this year that the Department of Justice not press charges against the former secretary of state, Comey said in a letter to eight congressional committee chairmen that investigators are examining newly discovered emails that “appear to be pertinent” to the email probe.

“In connection with an unrelated case, the FBI has learned of the existence of emails that appear pertinent to the investigation,” Comey wrote the chairmen. “I am writing to inform you that the investigative team briefed me on this yesterday, and I agreed that the FBI should take appropriate investigative steps designed to allow investigators to review these emails to determine whether they contain classified information, as well as to assess their importance to our investigation.”

At this point, we do not know what is contained in these emails.  But without a doubt Huma Abedin is Hillary Clinton’s closest confidant, and I have always felt that she was Clinton’s Achilles heel.  Journalist Carl Bernstein (of Watergate fame) is fully convinced that the FBI would have never made this move unless something significant had already been discovered…

We don’t know what this means yet except that it’s a real bombshell. And it is unthinkable that the Director of the FBI would take this action lightly, that he would put this letter forth to the Congress of the United States saying there is more information out there about classified e-mails and call it to the attention of congress unless it was something requiring serious investigation. So that’s where we are…

One thing is, it’s possible that Hillary Clinton might want to on her own initiative talk to the FBI and find out what she can, and if she chooses to let the American people know what she thinks or knows is going on. People need to hear from her…

If the FBI has indeed found something explosive, would they actually charge her with a crime right before the election?

It is possible, but we also have to remember that government agencies (including the FBI) tend to move very, very slowly.  If there are thousands of emails, it is going to take quite a while to sift through them all.  And of course Barack Obama has lots of ways that he could influence, delay or even shut down the investigation.

So those that are counting on this to be the miracle that Donald Trump needs should not count their chickens before they hatch.

If Clinton were to fall off the ticket, Democratic National Committee members would gather to vote on a replacement. DNC members acted as superdelegates during this year’s primary and overwhelmingly backed Clinton over boat-rocking socialist Sen. Bernie Sanders of Vermont.

DNC spokesman Mark Paustenbach says there currently are 445 committee members – a number that changes over time and is guided by the group’s bylaws, which give membership to specific officeholders and party leaders and hold 200 spots for selection by states, along with an optional 75 slots DNC members can choose to fill.

But the party rules for replacing a presidential nominee merely specify that a majority of members must be present at a special meeting called by the committee chairman. The meeting would follow procedures set by the DNC Rules and Bylaws Committee and proxy voting would not be allowed.

It would be extremely challenging to get a majority of the members of the Democratic National Committee together on such short notice.  If Clinton were to drop out next week, it would be almost impossible for this to happen before election day.

In such a scenario, Barack Obama may attempt to invoke his emergency powers.  Since the election would not be “fair” until the Democrats have a new candidate, he could try to delay or suspend the election.  There would be a lot of controversy as to whether this is legal or not, but Barack Obama has not let the U.S. Constitution stop him in the past.

Meanwhile, new poll numbers show that the Trump campaign was already gaining momentum even before this story about the new emails broke.  According to a brand new ABC News/Washington Post survey, Donald Trump is now only trailing Hillary Clinton by 4 points after trailing her by as much as 12 points last weekend.

MogIA was developed by Sanjiv Rai, founder of Indian start-up Genic.ai. It takes in 20 million data points from public platforms including Google, Facebook, Twitter and YouTube in the U.S. and then analyzes the information to create predictions.

The AI system was created in 2004, so it has been getting smarter all the time. It had already correctly predicted the results of the Democratic and Republican Primaries.

Without Hillary at the top of the ticket, the odds of a Trump victory would go way, way up.

So if Hillary is forced out of the race by this investigation, Barack Obama and the Democrats will want to delay or suspend the election for as long as possible if they can.

At this point there is probably not a high probability that such a scenario will play out, but in this crazy election year we have already seen that just about anything can happen.