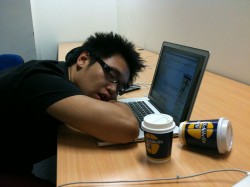 Are you constantly tired and do you feel incredibly stressed almost all the time?  Well, that means that there is a really good chance that you are a typical American worker.  Even though our incomes are going down, Americans are spending more time at work than ever before.  In fact, U.S. workers spend more time at work than anyone else in the world.  But it was not always this way.  Back in 1970, the average work week for an American worker was about 35 hours.  Today, it is up to 46 hours.  But there are other major economies around the globe that are doing just fine without burning their workers out.  For example, the average American worker spends 378 more hours working per year than the average German worker does.  Sadly, for many Americans work is not even finished once they leave the office.  According to one recent survey, the average American worker spends an extra seven hours per week on work tasks such as checking emails and answering phone calls after normal work hours have finished.  Other Americans are juggling two or three jobs in a desperate attempt to make ends meet.  Americans are busier than ever and work is often pushing the other areas of our lives on to the back burner.  What this also means is that “family vacations” are becoming increasingly rare in the United States.  In fact, Americans spend less days on vacation than anyone else in the industrialized world.  While some would applaud our “work ethic”, the truth is that the fact that we are being overworked is having some very serious consequences.  In fact, as you will see below, Americans are literally being worked to death.

The following is an excerpt from a comment that one reader posted on one of my recent articles.  Can you identify with what this family is going through?….

I always try and remember to be thankful and say prayers of gratitude for the blessings I have, however I can tell you that my wife and I are getting more and more exhausted.

Straight forward payroll taxes nailed us for $35k last year and the dozens of other taxes are often over-looked but also hitting us harder and harder.

My wife works 14 hour shifts at her dialysis clinic 3 days a week and every other weekend. On the Tuesdays and thursdays she has off she ends up resting half the day to give her poor feet a break since a nurse on her feet 14 straight hours of continual busyness is exhausting.

On top of that, her company has had a pay freeze for 3 years, has dropped Holidays down to just 2 per year ( Thanksgiving and Christmas of which she must work 1 of them), has canceled the reimbursement of her CEU’s ( medical professionals are required to continue to take schooling and classes for their entire career in order to renew their licenses) –also they no longer match 401k’s and her company health plan just bumped up $30 per week!!

I put in so many hours at times that when I get home I am too tired to eat. I come home, change clothes/shower and go straight to bed–this is not living. I try and keep up with my volunteer work and rounds at our local nursing home but something is going to have to give. My caseloads are growing and growing and people are making appts 2-3 weeks in advance. I never had a schedule so filled in advance before. I usually have more long-term pt’s with needs of stroke, Parkinson’s, traumatic brain injuries..but now ortho pt’s are scheduling surgeries as to when I’ll have slots for hip replacement and knee replacement rehab time.

I’m ground down and in the mean time everything is getting more expensive, they keep taking more of my money I earn and we are having all of our benefits cut or completely stopped.

All over this country, millions of hard working men and women are slowly being worn down by jobs that are sucking the life out of them.  Working way too many hours for an extended period of time can have dramatic consequences for your health, your family and just about every other area of your life.

But for some Americans, there is simply no other choice.  There are millions upon millions of Americans that live on the edge of financial disaster these days.  According to one recent survey, 77 percent of all Americans live paycheck to paycheck at least some of the time, and the middle class in the United States has been shrinking at a very steady pace in recent years.

Many Americans are not working 60 or 70 hours per week because they want to.

Many are doing it because that is what they must do just to survive.

For example, a recent article posted on Economy In Crisis profiled a mother of four up in Michigan named Lisa Bosworth who can’t make ends meet for her family despite working three jobs….

Bosworth remarried but her current husband, Ray, was forced onto medical disability when a prescription medication caused health problems. The couple, who had a fourth child together, struggle to support their family on Lisa’s meager income.

Bosworth’s gross monthly income from working as a classroom aide in Reeths-Puffer schools and doing two Chronicle newspaper routes is $1,900. That amounts to $22,800 annually, nearly $5,000 below the poverty level for a family of six.

When they run out of money near the end of each month, Lisa and Ray Bosworth line up at one of several food trucks that visit Muskegon each month.

Earlier this month, the couple and three of their children waited in line at a food truck at Calvin Christian Reformed Church in Norton Shores. Lisa Bosworth had just finished her two newspaper routes and was clearly fatigued after another 70-hour work week. “I’m tired,” she said.

Today, there are more than 100 million Americans on welfare, and a significant percentage of those people actually do have jobs.  In fact, some are working two or three jobs.

Working class Americans are working harder than ever, but at the same time many of them are making less money than they once did.

This is putting an incredible amount of stress on working class families.

In fact, it appears that a lot of Americans are literally working themselves to death.

And as a recent CBS News article described, this is particularly true for poor Americans that do not have much education….

This is a sign that our society is going backwards.  Working class Americans are actually living significantly shorter lives than they used to.

Of course the garbage that passes for “food” these days certainly is not helping matters any, but that is a topic for another article.

There are countless millions of other Americans that are sitting at home right now without a job.

The mainstream media is trying to convince us that the unemployment rate has been falling, but that is a lie.  If the labor force participation rate was the same today as it was back when Barack Obama first took office, the unemployment rate in the United States would be 11.2 percent right now.

But that doesn’t sound nearly as good as 8.1 percent sounds, right?

And the percentage of working age Americans with a job is actually lower today than when the last recession supposedly ended.

In this economic environment, most people are scared to death of losing the jobs that they currently have because they don’t know if they will be able to get another one.

During the month of August, the unemployment rate actually increased in 26 different U.S. states, and yet we are supposedly in the midst of “an economic recovery”.

But the truth is that we are not better off than we were back during the last recession.  In fact, there are a whole host of statistics that indicate that things are getting worse.

Unfortunately, much of the time people tend to forget that the horrible economic numbers that we are seeing have very substantial real life consequences.

People that cannot find work and people that work very long hours for a very long period of time tend to be much more depressed than the population as a whole.

And depression can often lead to suicide.  According to a recent Daily Mail article, more Americans now die from suicide than from car accidents….

Suicide is the cause of more deaths than car crashes, according to an alarming new study.

The number of people who commit suicide in the U.S. has drastically increased while deaths from car accidents have dropped, making suicide the leading cause of injury death.

Suicides via falls or poisoning have risen significantly and experts fear that there could be many more unaccounted for, particularly in cases of overdose.

That is incredibly tragic, because there is never a reason for anyone to commit suicide.  One of the things that I have learned in my own life is that there is always a way for things to be turned around.

Yes, life can be very hard when you don’t have much money, but our lives should not be about chasing material things anyway.  Our lives should be about so much more than that.

If you are currently feeling overly tired and overly stressed because you have been working too much, I encourage you to take a vacation.

We are only given one life to live.  We shouldn’t spend it working ourselves to death. 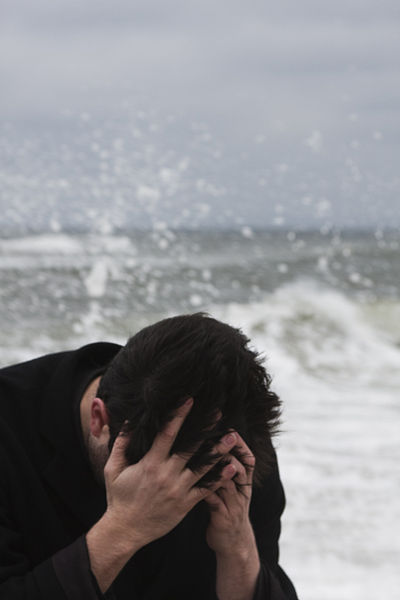