Sometimes we all get a little reminder of just how completely and totally dependent we are on the power grid.  Massive thunderstorms that ripped through Ohio, West Virginia, Maryland, Washington D.C. and Virginia left millions without power over the weekend.  At this point it is being projected that some people may not get power back until the end of the week.  The “super derecho” storm that pounded the Washington D.C. area on Friday night with hurricane-force winds is being called unprecedented.  But the truth is that there are other events that could happen that would be far more damaging to our power grid.  For example, a substantial EMP burst over a major U.S. city would fry virtually all of the electronics in the city and take the power grid in the area down indefinitely.  A gigantic EMP burst over the entire country (caused by a massive solar storm or a very large nuclear explosion high in the atmosphere) could theoretically take down the entire national power grid.  Just try to imagine a world where nobody has any electricity, nobody can pump gas, nobody can use their credit cards or get any more money, where most vehicles won’t start, where nobody has the Internet, where all cell phones are dead and where nobody can heat or cool their homes.  That is how serious an EMP burst could potentially be.  We are talking about an event that could be millions of times worse than 9/11.

Hopefully this latest storm has reminded Americans about how vulnerable our power grid really is and about how close we really are to being knocked back to the late 1800s.

Let’s review some of the damage that this “super derecho” storm caused to the D.C. area….

-Without electricity, many families have not been able to cook warm meals

-Without warm water, many families have not been able to take hot showers

-Without electricity, thousands upon thousands of people have not been able to use their computers for several days and this is causing a lot of frustration

Hurricane-like storms knocked an Amazon data center in Ashburn, Virginia, offline last night, and a chunk of the internet felt it. The six-hour incident temporarily cut off a number of popular internet services, including Netflix, Pinterest, Heroku, and Instagram.

But to be honest this was not a major disaster.

After a few days the damage will be fixed and people will start to forget what just happened.

Well, what if the damage was permanent and the entire nation had to go without electricity for the foreseeable future?  The following is from a USA Today article by Dan Vergano….

End-of-the-world novel? A video game? Or could such a scenario loom in America’s future?

There is talk of catastrophe ahead, depending on whom you believe, because of the threat of an electromagnetic pulse triggered by either a supersized solar storm or terrorist A-bomb, both capable of disabling the electric grid that powers modern life.

As I have written about previously, an EMP attack could fundamentally change life in America in a single instant.

What would you do if such a scenario happened?

Would you try to go somewhere?  Even if the electronics in your car were not totally fried, you would not be able to pump more gas anywhere.

Would you try to call someone?  Most phones would be totally dead and all normal communications networks would be down.  So who would you call?

Would you bunker down and try to survive on what you have at home?  Most of the food in your refrigerator and freezer would rapidly go bad and most Americans only have enough food to last a few days or a few weeks.  In addition, most Americans would no longer be able to heat or cool their homes, so extreme cold and extreme heat would become huge problems very quickly.

How in the world would any of us survive in a world without electricity?

In past centuries our forefathers knew how to survive in such a world, but most of us do not have the same skills or resources that they had.

The following is how an article in the Wall Street Journal once described what a massive EMP burst would do to this nation….

No American would necessarily die in the initial attack, but what comes next is potentially catastrophic. The pulse would wipe out most electronics and telecommunications, including the power grid. Millions could die for want of modern medical care or even of starvation since farmers wouldn’t be able to harvest crops and distributors wouldn’t be able to get food to supermarkets. Commissioner Lowell Wood calls EMP attack a “giant continental time machine” that would move us back more than a century in technology to the late 1800s.

Scientists tell us that massive EMP bursts generated by gigantic solar storms have hit our planet in the past and that it is inevitable that it will happen again.

In addition, nations all over the planet are aware of what an EMP burst can do and have been developing “Super-EMP” weapons that can take power grids down in a single strike.

The following is a short excerpt from a statement by Dr. Peter Vincent Pry to the United States Senate Subcommittee on Terrorism, Technology and Homeland Security on March 8th, 2005….

North Korea’s last round of tests, conducted in May 2009, appear to have included a “super-EMP” weapon, capable of emitting enough gamma rays to disable the electric power grid across most of the lower 48 states

In time, these kinds of weapons will get into more and more hands.

Will someone try to use this kind of weapon at some point?

Frank Gaffney, the president of the Center for Security Policy, believes that a single EMP burst could potentially end up killing the vast majority of the population of the United States….

“Within a year of that attack, nine out of 10 Americans would be dead, because we can’t support a population of the present size in urban centers and the like without electricity”

Once you understand these kinds of threats, it makes it a lot easier to understand why preppers are so busy preparing for the future.

Our world is becoming incredibly unstable.  Another major economic crisis could hit us at any time, war in the Middle East could erupt without warning, earthquakes and other natural disasters are becoming more frequent and society seems to get a little crazier with each passing day.

The era of tremendous peace and prosperity that we have all been enjoying is rapidly coming to an end.  In a world filled with instability and chaos, it only seems prudent to take some precautions.

You might want to get prepared while you still have time. 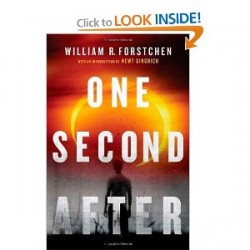 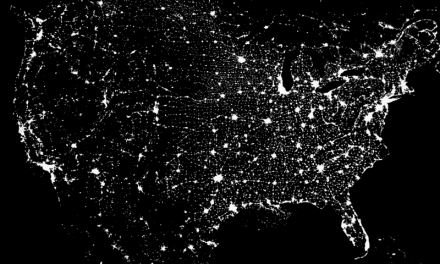