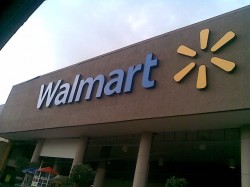 America absolutely loves Wal-Mart.  100 million customers visit Wal-Mart every single week in this country.  But is Wal-Mart good for America?  That is a question that most people never stop and ask.  Most of us love shopping in big, clean stores that are packed with super cheap merchandise, but the truth is that Wal-Mart is destroying America in a lot of ways.  As you will see below, Wal-Mart has destroyed tens of thousands of small businesses and countless manufacturing jobs over the past couple of decades.  Wal-Mart has become a gigantic retail behemoth that sells five times more stuff than any other retailer in the United States.  Unfortunately, a large percentage of all the stuff sold at Wal-Mart is made overseas.  What that is costing the U.S. economy in terms of lost jobs and lost revenue is incalculable.  But Wal-Mart is a perfect example of where our economic system is headed.  Our economy is becoming completely and totally dominated by highly centralized monolithic predator corporations that ruthlessly crush all competition and that will stoop to just about anything in order to cut costs.  In the future, will we all be working for gigantic communal entities that funnel all of the wealth and economic rewards to a very tiny elite?  That sounds very much like how communist China works, and red-blooded Americans should want no part of that.  America is supposed to be about free enterprise and competition and working together to build up this country, and Wal-Mart is destroying all of that.

The following are 20 facts about Wal-Mart that will absolutely shock you….

#2 In 2010, Wal-Mart had revenues of 421 billion dollars.  That amount was greater than the GDP of 170 different countries including Norway, Venezuela and the United Arab Emirates.

#3 If Wal-Mart was a nation, it would have the 23rd largest GDP in the world.

#4 Wal-Mart now sells more groceries than anyone else in America does.  In the United States today, one out of every four grocery dollars is spent at Wal-Mart.

#8 If Wal-Mart was an army, it would be the second largest military on the planet behind China.

#9 Wal-Mart is the largest employer in 25 different U.S. states.

#10 According to the Economic Policy Institute, trade between Wal-Mart and China resulted in the loss of 133,000 manufacturing jobs in the United States between 2001 and 2006.

#11 The CEO of Wal-Mart makes more in a single hour than a full-time Wal-Mart associate makes in an entire year.

#12 Tens of thousands of Wal-Mart employees and their children are enrolled in Medicaid and are dependent on the government for healthcare.

#14 Amazingly, 96 percent of all Americans now live within 20 miles of a Wal-Mart.

#16 According to the Center for Responsive Politics, Wal-Mart spent 7.8 million dollars on political lobbying during 2011.  That number does not even include campaign contributions.

All over the country, independent retailers are going out of business because they cannot compete with Wal-Mart and their super cheap Chinese products.  Often communities will give Wal-Mart huge tax breaks just to move in to their areas.  But what many communities don’t take into account is that the introduction of a Wal-Mart is often absolutely devastating to small businesses….

A study of small and rural towns in Iowa showed lost sales for local businesses ranging from -17.2% in small towns to -61.4% in rural areas, amounting to a total dollar loss of $2.46 BILLION over a 13-year period.

When we buy stuff made by people working for slave labor wages in China, we destroy good paying American jobs and we make America poorer.  This is a point that I have tried to make over and over.

Wal-Mart often tells one thing to the public and then does another thing in private.  Sadly, the truth is that Wal-Mart does not care about U.S. manufacturing jobs.  Wal-Mart just wants to get products as cheaply as they possibly can, and most of the time that means getting them from China.

Just check out this first-hand testimony from an 81-year-old retired apparel manufacturer….

I was president of the Southwestern Apparel Manufacturers Association. There was a meeting sometime between 1985 and 1990. Walmart had contacted our organization and asked if they could meet with us at our beautiful Apparel Mart we had here in Dallas, which has now been razed, because all the independent merchants don’t exist that used to come to it. Two people from Walmart came down and they said they were going to be sourcing goods from overseas and we would have to meet those prices for consumer products and to get ready for it—we are going to be sourcing the world. Walmart was the only company that came out and said this.

It was sort of shocking: I was selling them some merchandise at the time. On the back of their trucks it was saying “Bring it Back to America!” They had the big “keep it in America” program going at that time on the big signs in the stores. Meanwhile when I reminded the buyer of that, she told me, “that is just for domestic consumption, we’re going to buy at the cheapest we can anywhere on earth.”

As I have written about previously, the United States has lost more than 56,000 manufacturing facilities since 2001.

We are losing millions of good jobs that cannot be replaced.  If you can believe it, the United States has actually lost an average of about 50,000 manufacturing jobs a month since China joined the World Trade Organization in 2001.

Last year, the U.S. trade deficit with China was the biggest trade deficit that one nation has had with another nation in the history of the world, and Wal-Mart played a huge role in that.

In fact, Wal-Mart has actually been forcing some U.S. manufacturers to pack up and move overseas.  The following is from a recent article by Amy Traub….

Walmart’s market power is so immense that the even the largest suppliers must comply with its demands for lower and lower prices because they cannot afford to have their goods taken off its shelves. Companies that used to manufacture products in the United States, from Levi’s jeans to lock maker Master Lock, were pressured to shut their U.S. factories and moved manufacturing abroad to meet Walmart’s demand for low prices.

Unfortunately, the vast wealth that Wal-Mart is sucking out of our communities is not put back into our communities.  The profits are funneled out to Wal-Mart executives and shareholders.  We may enjoy the low prices, but very little of the money that we give to Wal-Mart gets recycled in our local areas.

In the old days, you could actually support a family selling electronics or running a general store.  But you can’t support a family working at Wal-Mart.  The vast majority of the jobs that Wal-Mart creates are very low paying.  Large numbers of Wal-Mart employees are actually on welfare, and this is part of the reason why we have seen such an explosion in the number of the working poor in America.

At this point, more than 40 percent of all jobs in America are low wage jobs and the middle class is rapidly disappearing.

There is not going to be any prosperity in this country without jobs.  Unfortunately, most Americans simply do not understand how good jobs are being systematically destroyed in America every single day.

The path that America is headed on today is only going to end in complete and total disaster.  We are being transformed from a wealthy nation into a poor nation.  In the end, we will be dominated by a very tiny elite and everyone else will either be among the working poor or will be totally dependent on the government.

Our system is supposed to be about open, honest competition.  But that is not what Wal-Mart is about.  Wal-Mart is about crushing small businesses and manufacturers here in America and getting us all to buy their super cheap Chinese-made goods.

So what do all of you think about Wal-Mart?  Please feel free to post a comment with your thoughts below…. 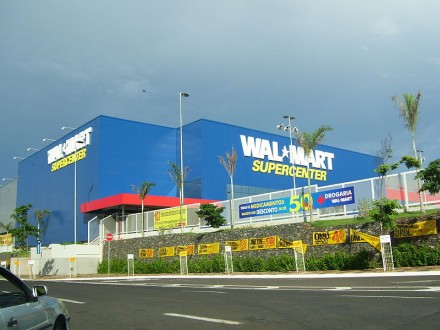