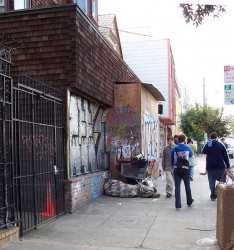 Did you know that median household income in the United States is lower today than it was when the last recession supposedly ended?  If we are in the middle of an “economic recovery”, how can this possibly be happening?  Stunning new statistics compiled by Sentier Research show that the U.S. economy is not nearly as healthy as we have been led to believe.  According to the study that Sentier Research has just released, median household income in the United States was sitting at $55,470 back in January 2000.  In December 2007, when the recession began, it was sitting at $54,916.  In June 2009, when the recession supposedly ended, it was sitting at $53,508.  Today, it is sitting at $50,964.  This is a long-term trend that is definitely going in the wrong direction.  The fact that median household income in the U.S. is now 4.8 percent lower than it was when the last recession ended is incredibly disturbing, especially since all of the things that we buy on a regular basis just keep going up in price.  Food, gas, electricity, car insurance and health insurance all cost a whole lot more today than they did back in the year 2000, and yet median household income has dropped 8.1 percent since that time.  So what does all of this mean?  It means that American families ARE getting poorer.

Yes, the stock market has been soaring, corporate profits have set all-time records in recent years and the big Wall Street banks that were showered with bailout money are absolutely thriving.

But there has been no economic recovery on “Main Street”.

According to the Sentier Research report mentioned above, incomes have been declining in all geographic regions of the country and in all sectors of the economy….

-Median household income for the self-employed has fallen 9.4 percent since June 2009.

-Median household income for Americans living in the West has fallen 8.5 percent since June 2009.

-Median household income for Americans living in the Northeast has fallen 4.9 percent since June 2009.

-Median household income for Americans living in the South has also fallen 4.9 percent since June 2009.

-Median household income for Americans living in the Midwest has fallen 1.1 percent since June 2009.

Since that time we have supposedly been in a “recovery”.

So if it has seemed to you that American families have been getting poorer it has not just been your imagination.

2. The Pew Research Center has also found that 85 percent of middle class Americans say that it is harder to maintain a middle class standard of living today compared with 10 years ago.

3. 62 percent of middle class Americans say that they have had to reduce household spending over the past year.

You can find 79 more statistics just like this right here.

At the same time that our incomes are going down, the cost of living just continues to rise steadily.

American families are being increasingly stretched financially, and if major changes are not made this is going to get even worse in the years ahead.

Another thing that we aren’t being told on the nightly news is that the percentage of working age Americans that have jobs is lower today than when the last recession ended.

-A smaller percentage of Americans have jobs today compared to June 2009.

-Median household income has declined by 4.8 percent since June 2009.

-American families are far less wealthy than they were just a few years ago.

Are we sure that we are in an economic recovery?

Just look at what is happening to our cities.

The rest of the world once looked at Detroit in awe.

Now it is a global joke.

You can see some incredible photographs of the devastation in Detroit right here.

This kind of thing is happening on the east coast as well.  I have written many times about how horrible life has become in places such as Camden, New Jersey.

Well, now the entire Camden police force is being disbanded, and the policing of the city is going to be turned over to the county.

We are a mess, and it is time to admit that.

Sadly, most Americans simply have no idea how close our economic system really is to total system failure.

Only 24.6 percent of the jobs in this country are “good jobs” at this point, the velocity of money in our economy has plunged to a post-World War II low, unemployment is rampant, more than half of all Americans are at least partially financially dependent on the government and our national debt is crossing the 16 trillion dollar mark.

We don’t need someone to come in and “tweak” the economy.

But most Americans do not understand this.

Most Americans do not seem to grasp these things until economic hardship touches them personally.

After all, if you still have a good job and the mainstream media is telling you that everything is going to be okay it is really easy to pretend that we aren’t heading for an economic disaster of unimaginable proportions.

Doesn’t that sound exactly like the vast majority of Americans right now?

Most Americans just assume that since we have always recovered from every other economic downturn in the past that we will always be able to easily handle whatever the future throws at us.

If only that was true.

We are heading into a time that will be unlike anything any of us have ever experienced before, and many people that have blind faith in the system are going to be absolutely devastated when this coming crisis blindsides them.

Our economy has been collapsing, it is continuing to collapse, and the collapse is going to accelerate dramatically in the coming years.

You can have blind faith in the system, or you can get prepared for what is coming. 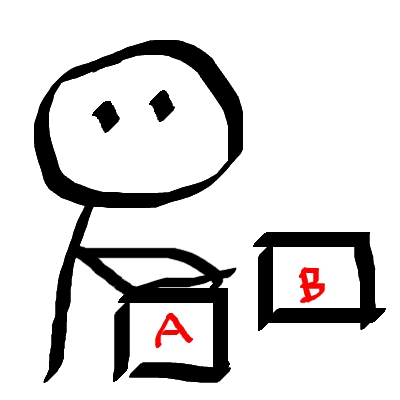